Teasing out the real Cleopatra from the myths, imaginings and media images seems nearly impossible, yet various accounts survive, and the facts that come down to us from such a distance of time bring to life a dynamic woman with a strong will, finesse, courage, moxie and power. The facts of Cleopatra's story account for why she remains one of the most captivating rulers in history.

Taking the throne at 17 and later winning both Caesar and Marc Antony made Egypt's Queen Cleopatra a figure of legend. The emphasis on her beauty and seductive qualities in many depictions may undercut the more important fact of her ability to take power, wield it effectively and maintain. It's unlikely that if a man had lived the same story, he'd be lauded for his looks and seductiveness. Kings aren't judged on beauty.

Still, once you've been played by Elizabeth Taylor... it's likely that Cleopatra's status as a sex symbol will be permanent. Whether or not it's possible to create a fully realized sense of a woman who took power over Egypt in her youth and still reigns as one of the most fascinating women who ever lived, it seems worthwhile to try.

A Cleopatra costume remains a popular choice for dress-up, parties and belly dance -- and Cleopatra continues to serve as a fashion inspiration. With a pleated curtain, length of gauze, ready-made Egyptian costume or sewing pattern, you can be on your way to creating a queen Cleopatra outfit. Add some bold jewelry, an Egyptian or Roman hairstyle, accentuate your eyes with kohl, the thick eyeliner that has served beautiful women and men for centuries, put on some sandals and you've got the makings of a queen of the Nile for a play, Halloween, costume party or evening wear. You can mix it up with Cleopatra in the guise of the ancient Egyptian goddess, Isis, complete with wings.

For fans of ancient Egypt, women in history, fashion history and costume making, learning more about Cleopatra offers inspiration to weave her lasting allure into a contemporary costume or fashion creation.

She was the last pharaoh of Egypt, the final ruler of the line of Ptolemies who ruled Egypt from 305 BC. She inherited the throne from her father. The Ptolemies were Macedonian Greeks, and Queen Cleopatra was the first one of them to learn to speak Egyptian, according to the Milwaukee Public Museum Educator's Guide for the National Geographic exhibit.

Egypt's last pharaoh spoke nine languages and wrote books. Yet she seems best remembered for looking bewitching when unrolled from a carpet in front of Caesar. According to the story, she had herself delivered to the great Caesar's bedchamber, hiding in a rolled rug. When the merchants unrolled the rug, she tumbled out and presented herself to one of history's most powerful men, beginning a romance that changed the ancient world.

This queen served as a powerful and effective ruler who demonstrated diplomatic skill and cleverness -- as a politician and as a woman. Her image comes down to us through a history of omission and distortion, leaving more of an enigma than a clear story. At this distance, it seems impossible to create a portrait of the real Cleopatra -- the woman who captured the hearts of powerful men, ruled ancient Egypt at the end of its long history as an independent power, and was faced with the dilemma of how to save her young son. Even the images of her don't agree -- it was as common then as now to idealize portraits of rulers.

She was known as Cleopatra VII, practiced the Egyptian religion and presented herself as the goddess Isis incarnate. A costume of the queen as Isis could include gilded wings or a dance cape that opens into wings.

To create a Cleopatra dress for a costume or fashion statement, you can work with Roman or Egyptian influences. The historical Cleopatra seems to have used elements of both cultures in creating her personal style, based on the surviving portraits.

In the Waterhouse portrait at the top of this page, Cleopatra wears a flowing gown with pins at the shoulders, leaving her arms exposed. The Cleopatra dress is a natural cream color, common to garments of this ancient time. Linen works well for this look, although you can also use gauze and clip the fabric with brooches or other pins to create the flowing folds over the arms and bust.

In the carved scene of Cleopatra at Dendara shown on this page, Cleopatra's dress follows the curve-hugging style of ancient Egyptian fashion for women. This dress style generally features see-through linen that hugs the body from below the bust to the ankles. The bodice often featured one or two wide straps, giving you the option of a V-necked or off-the-shoulder Cleopatra gown.

Cleopatra as Isis offers a wide range of costume possibilities, depending on how elaborate you want to make the costume. Although many ancient garments feature undyed linen, some Egyptian clothing featured metallic threads and beadwork. Imported scarves, belly dance costumes, costume jewelry and fabric suppliers offer a range of materials for creating a
Cleopatra outfit or designing a contemporary fashion statement inspired by Queen Cleopatra.

Light-weight cardboard offers a flexible material to form into a headdress. Fabric, colored foil or paint will work to cover the cardboard form for a finished headdress.

Tip: Tall headdresses can take some getting used to, so if you want to create an ancient Egyptian headress, make it ahead of time and practice wearing it before your performance or event.

She came to power in Egypt near the end of that great country's long independence. A few women rose to power in Egypt before her, most notably, Hatshepsut, who ruled as pharaoh complete with the headdress and false beard of a king. Hatshepsut is sometimes portrayed as having a male body and wearing the Egyptian men's kilt, the shenti. Unlike Hatshepsut, Cleopatra ruled as a queen and is always depicted as feminine, in traditionally female dresses, jewelry and headdresses.

Women held many important roles in Egyptian society. One religious role, the god's wife, was a position of both ceremonial and social importance. Ancient Egyptian enjoyed relatively high status and religious and social freedoms, in contrast to the low status and limited legal rights of women in many ancient cultures. In a land with powerful goddesses and fairly high status and legal rights for women, she ruled Egypt as a pharaoh. She controlled its rich resources, strategic geographic location, and its army on land and sea. The queen also controlled diplomatic relationships with Egypt's neighbors.

Roman Coin, Circa 36 BC: Unflattering Portrait of Cleopatra

Certain sculptures of Cleopatra show her wearing a diadem, a cloth ribbon that denoted kingship.

This style of diadem dates back to Alexander the Great, according to a University of Chicago website on her beauty. She was 21 when she met Caesar, and some of the surviving bust of her represent the youthful Cleopatra, although it's difficult to know how closely they resembled the actual queen. Artistic conventions, a tendency of artists dependent on patrons to flatter their subjects and damage to the busts over time leave questions about Cleopatra's famed beauty.

On a coin, she wears a long pearl necklace, the cloth diadem, and has her hair pulled back in waves and tucked up at the back of her head. Curls spill over her forehead and the diadem appears to have long beads or other ornaments that frame Cleopatra's face and soft hairstyle.This is a different coin portrait than the one shown below.

The coin picture in this article shows Cleopatra wearing a diadem with a similar, although less structured hairstyle and a pendant earring.

The Beauty of Cleopatra

This University of Chicago website includes pictures, including busts showing her in the diadem.

Cleopatra in a Plumed Headress and Linen Dress

I could subtitle this, 'Confessions of an Egyptophile.' I was nine years old when I wrote my first paper on the ancient Egyptians. That was 41 years ago, and my sense of wonder remains as keen as it was then.

I minored in Classical Archeology at San Francisco State University and worked with the Sutro Egyptian Collection there. Since grad school, I've published many articles on ancient Egypt, although I don't publicize them because I sold all rights.

This is a work in progress. If I followed every thread about Cleopatra in ancient times and into the present, I'd never publish this. Check out the RSS feed for my blog in the blue sidebar for more Cleopatra facts.

Programs on PBS speculate about this powerful woman's final resting place, but to date, there's no conclusive proof for any of the theories about the location of her tomb or the attempts to identify her among unknown mummies.

If you enjoyed this, please share it via Twitter, Stumble Upon, Tumblr, Digg, Google+ or your favorite method.

Protected by Copyscape. Do Not Copy. 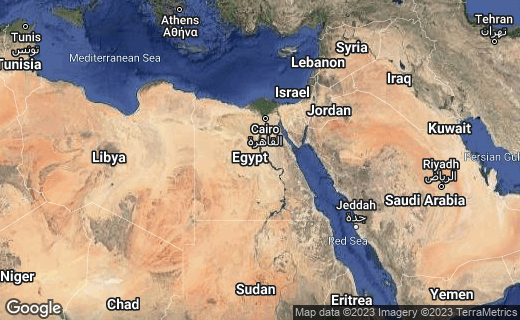 Do you think Cleopatra's beauty has been exaggerated?