Unvrso has been writing varied topics of literature since 2005 and started writing for hubpages in 2009.

The Mayas were a civilization that developed in regions of the Yucatan Peninsula, Mexico and Central America. The Mayas, like other Mesoamerican civilizations, had many accomplishments in architecture, art, writing, and mathematics; however, some of their major accomplishments were made in astronomy. The Mayas were assiduous observers of the heavens with which they related most of their activities on Earth. The practice of naked eye sky watching must have been one of their principal pass times.

By observing the heavens, they were able to track the path of the Sun in the sky, and record the times of the summer and winter solstices, as well as the vernal and autumnal equinoxes. Like other civilizations, the Mayas found in the skies the forms of animal creatures, some of which they related to those found in the rain forests at the tropics. The Milky Way, for the Mayas, was the tree of life, where all life originates, and was called Wakah Chan. They developed a precise calendar based on their observations of the heavens, and all their observations were recorded in their codices.

The limestone column resembles the Milky Way, known as the World Tree by the Mayas. Caves were seen by the Mayas as portals to the underworld where the spirits of the dead interwined with the supernatural beings

Mayas considered the universe in three distinct levels. The heavens and all the astronomical events were in the superior level. The earth and all its life was considered as the intermediate level and the inferior level was comprised by the underworld, which they called Xibalba. In this level was where the Sun engaged itself in a struggle, after setting in the evening horizon, with the beings of the underworld, which always were defeated, resuming its journey the following through the superior level.

Astronomy was a tradition among Mesoamerican civilizations, although, the Mayas developed it with a higher degree of complexity, relating it to seasonal cycles, religion, astrology and their own origin in the universe. The Mayas made exact calculations of the periodic cycles of the planets, as well as those of the Sun and Moon. The group of stars known as Pleiades (Tz´ab ek), which they thought was their place of origin, was seen as the tail of a rattlesnake.

The Dresden Codex is a long single sheet comprising 74 page book. Pages 45-50 contain Venus´ synodic period, and the eclipses of the Sun are contained in pages 51-58.

The Mayas considered Venus as their greatest object of interest, even more important than the Sun. They observed and recorded the rising and setting of Venus. They practiced human sacrifices when Venus appeared in the sky after superior conjunction with the Sun, and feared the appearance of Venus after inferior conjunction as it usually announced the start of war. It is believed that most of their wars were fought when Venus and Jupiter appeared together in the sky.

The Mayas observed the Sun´s path along the ecliptic, and they also followed the rise and setting of the Sun along a single year. This allowed them to construct many of their pyramids and temples, aligning them with the winter and summer solstices. One example of this is the tomb of Pacal in the Temple of the Inscriptions at Palenque, which is aligned with the summer solstice.

Groups of Temples, such as those in Uaxactun are aligned to mark the position of the Sun at the summer solstice and the winter solstice, as well as the equinoxes. At Chichen Itza, the temple of Kukulkan was built so that the light of the sun cast a shadow along the stairs of the Temple, during the vernal of autumnal equinoxes. producing the illusion that the feathered serpent is moving. The Maya observatory of the Caracol in Chichen Itza has holes on the walls of the dome through which the Mayas observed some objects in the sky.

The ecliptic was depicted by the Mayas as a double headed serpent. The ecliptic is the path in the sky followed by all the planets, the Sun, and Moon, and also is the place where most modern constellations are found. For the Mayas, the ecliptic was also the path in which they found most of their zodiac signs. For the Mayas, there was a scorpion depicted in the skies, they saw a peccary in the part of the sky where we see Gemini. Other figures in the sky included a jaguar, a turtle, a bat, the tail of a serpent, which they related to the asterism of the Pleiades, and a sea monster called shok, which anthropologists think is the Maya word for shark.

The Moon was another object depicted in the calendric inscriptions. Their count of the lunar cycle included a 29-20 day count, although to correlate their count to the actual synodic period of the Moon they alternated these two numbers to obtain the 29.5 day lunar period. The Mayas knowledge of the cycles of the Moon allowed them to make predictions of eclipses.

The Milky Way: Tree of Ilfe

the Tzolk´in calendar is one of the oldest and most important calendars in the Mesoamerican region. This calendar deals with the cycles of the Pleiades. the cycle comprises 26,000 years, although, it has been adapted to 260 days. The Tzolk´in uses the numbers 13 and 20. The number 13 represents numbers and the number 20 represents glyphs.

Human sacrifice on a Piece of Pottery

The Mayas believed that their god’s main task was to guide the heavenly bodies across the sky. They even thought that when the Sun and Moon were hidden below the horizon, they were continuing their journey through a place they considered as the underworld, encountering other evil gods who tried to prevent their appearance above the horizon again. In order to help their gods through this struggle, the Mayas offered human sacrifices, which were considered an honor for those who were sacrificed.

The repeating cycles of creation and destruction described in the Maya codices are a permanent reminder of the beliefs of the Mayas regarding the necessity of renewal to make existence possible. Their priests observed the heavens in search for guidance, and in the task the Mayas built pyramids, temples and observatories in order to trace the motions of the objects in the sky.

The Maya codices, of which only three are known to have withstood the Spanish Conquest, contain most of the Mayas writings regarding their astronomical restlessness.

Maya priests knew the movements of the Sun, Moon and the planets, and were able to foresee the occurrence of an eclipse.

The ability of Maya priests to predict eclipses and other events placed them apart from other Mayas, who considered them as in close relation with their deities.

Stelas, which were stone monuments, were built to commemorate the passage of time. They usually contained figures of priests and gods, along with hieroglyphics of the events occurred in the Milky Way.

The Maya Kings usually associated their rituals in relation with the stars.

Venus was known as Ah-Chicum-Ek, the morning star.

The Maya calendars Tzolkin, Haab and Tzoltun, where many major stellar events are recorded, are some of the major cultural achievements of Maya culture.

From the three Maya codices known, the Dresden Codex is essentially a treatise on astronomy. 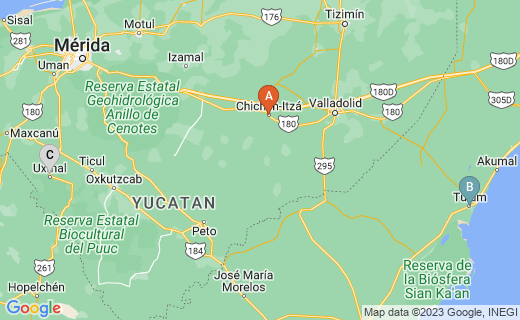