Sometimes this ancient art is known as rock engraving and pictograms. To carve a petroglyph one must chisel, or abrade the rock surface. This was done with primitive tools by indigenous people all over the world.

Most petroglyphs are associated with prehistoric cultures. This means before learned historians discovered the art of writing and how to make books using some sort of paper and ink. Amazingly, the petroglyphs have proven to be even better at record keeping than most other methods.

Petroglyphs are different from ancient cave art paintings or other rock paintings. Petroglyphs are actually engraved into the rock surface rather than using some type of paint to coat the rocks It's akin to the difference between carving and painting. The carvings and engravings tend to last much longer than paintings, although some cave art paintings have lasted for thousands of years.

Where to Find Petroglyph Art

Rock carvings are some of the oldest known writing examples among ancient cultures. Some petroglyphs have been dated back to 40,000 years ago. Around 8,000 years ago, pictograms, cave art and other early writing systems began to appear. It must have been a source of communal history that inspired people to make records of their time.

It seems as if all early civilizations had an inner desire to leave a trace of themselves, to communicate with the future. Petroglyphs must have the been the early equivalent to our story boards. It almost seems like wherever there was a rock or enduring surface in the world, the early settlers needed to use the surface to pass on information.

Petroglyphs serve many purposes. Theories abound on how to interpret rock carvings and cave art drawings. These marks are quite literally pictures into another time and culture. The meanings may have been local or global. The artists are either very good or perhaps deliberately vague or use symbols that no longer have any meaning at all.

The general interpretations include, but are certainly not limited to:

Many petroglyphs have common qualities and even show the same types of glyphs even though they are located in widely scattered areas of the globe. Theories exist that petroglyphs have commonalities due to migration or simply express the way the human brain sees the world. These expressions may be linked to genetics.

Circles and forms made with circles appear often in petroglyphs. Mazes and spoked wheels are also popular. Circles may indicate the sun or other stars. They may be a guide to constellations and other types of 'star maps'. The classic interpretation of a circle is a symbol of infinity (no beginning, no end),

Kokopelli, a stylized 'god' of the SW native American tribes, and other 'gods' like him are common petroglyphs. Kokopelli is most often shown playing a flute or other musical instrument and leading a group of people. In the story of Kokopelli as told by the Hopi and Anasazi, he traveled around the world changing the seasons and bestowing fertility upon the people.

Animals and hunting scenes are common to petroglyphs, rock art and cave paintings. It has been surmised that these are recordings of successful hunts and perhaps instructions to future generations.

Some pictographs may simply be doodles from goat and sheep herders or watchmen. They had time to sit and watch the flock while scraping and carving rocks around them. Artistic displays have been a habit of all early civilizations.

Like the chalk language of hobos, pictographs were perhaps sign posts for other migratory travelers. These landmarks may have indicated water, sources of food/hunting and paths to follow. They may have been early address markers.

Where to find the petroglyphs mentioned in this hub. 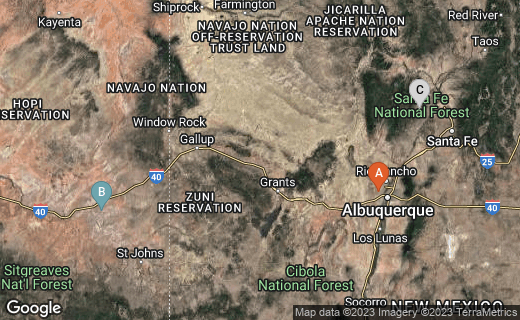