10 Incredible Rivalries From the Animal Kingdom

In the animal kingdom, we are most likely to see a great dominance from the predator over its prey. Sometimes it is not that simple tough. We present here a list of ten pairs of animal enemies that engage in contends that can end up very bad for both sides.

If you watched the Lion King movie, certainly you remember the rivalry between the lions and the hyenas. They were very afraid of Mufasa but used to chase little Simba. Lions are much stronger than hyenas so you would consider it a very unfair contend, but, in reality, things are not the same every time.

Hyenas and lions have competed for the same preys and animal carcasses since the beginning of their history. When two species of animals fight for the same food, tension between them increase along with survival instinct. As we have said, lions are stronger but hyena population is much bigger and this can make a difference in the outcome of an encounter between these two enemies.

The fact is: when a clan of hyenas face a pride of lions, nobody can tell for sure what is about to happen. 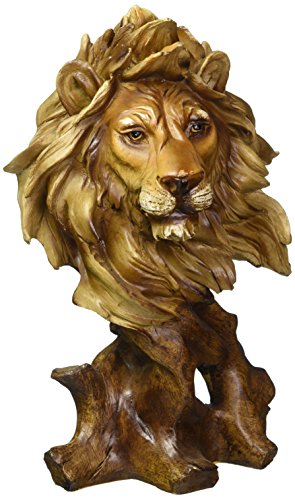 Sperm Whales range from 49 to 59 feet (15 to 18 meters) and can dive as deep as 3280 feet (1000 meters), and that is probably where they find their mortal enemy. Giant Squids are deep-sea creatures that can be the real versions of the mighty mythological Kraken (The biggest ever found measured 59 feet (18 meters).

Unfortunately, the fights between those giants happen at such deepness that it has never been caught on tape. How do we know that these events even occur? Well, it is common to find Sperm Whales with scars that match the Giant Squid tentacles as well as indigestible squid body parts in its stomach. The Sperm Whale dives searching for food and engage in a life and death contend with the Giant Squids and it is not that impossible to imagine an outcome that is not much favorable for the whales.

Giant Asian Hornets, like their name states, are huge hornets with two inches that can fly up to fifteen miles per hour. They like to feed honeybee larvae to their young and so begins one of the most incredible wars in the whole animal kingdom.

Asian Giant Hornets invade honeybees’ hives searching for the larvae and destroy everything in the process. They cut the bees heads off with their mandibles. When the bees try to fight back and sting their enemies, they cannot pass through the hornet’s strong armor. One hornet alone can take down twenty bees per minute.

At this point, you are probably thinking that the bees cannot do anything to fight back. Well, the truth is, they have developed an incredible defense against these invaders. When a Hornet finds a hive, the bees do not try to stop it. Instead, they let it in and fall right into their trap. They surround the hornet forming a bee ball and start to vibrate heating up the hornet until it is cooked. This is one of the most spectacular defense mechanisms in nature.

Asian Giant Hornets are the most terrible insects but the honeybees can be brave enough to fight them back.

This is probably the most unfair rivalry in this list. Termites build mounds that can reach over 17 feet (5 meters) tall. Termites’ worst enemy is actually the rain. They can take five years to build a mound only to see it crumble over their heads with a heavy rain. Any damage to the mound is immediately communicated to the workers and they start to repair as the soldiers prepare for defense.

Termites represent to ants the same bees represent to hornets: a great source of food. In this aspect, ants are a nightmare to termites. They often invade termites’ mounds even to use them as home. Termites do not stand much of a chance against the ant army and their only possibility is trying to avoid the ants from entering the mound. Termites will usually lose this war, but sometimes they manage to seal off some of the nest and protect some of the colony.

Most people believe that the Great White dominates the seas without having to worry about other animals. Who would dare to face such a terrible beast, right?

Well, the ocean is full of surprises and, most of all, full of giant terrible creatures. What do you think would happen if the Great White crossed a Killer Whale’s path? Before we try to answer this question, let us introduce these animals better.

Observers in Farallon Islands witnessed a real encounter between these two sea giants. According to them, the orca did actually change its course in order to attack the Great White. The orca rammed the shark on the flank leaving it very confused then took it from behind turning it upside down and drowning it.

Even the Great White can be overpowered sometimes.

We probably would think that no animal would be crazy enough to just go ahead and face a venomous snake, right? Well, the mongoose can prove us wrong, as it can fearless face a cobra and most of the times emerge as the victory from the fight. However, how exactly can it do that?

Mongooses are found mostly in Africa. They range from 7-inch-long to 2-foot-long (18-centimeter-long to 60-centimeter-long) depending on the species. They eat almost anything: birds, small rodents, frogs, reptiles, insects as well as fruits, nuts and seeds. They are very smart hunters and can open bird eggs by throwing them at solid objects.

They often encounter cobras and they can take a big advantage in the confrontation. Mongooses have specialized acetylcholine receptors that make them resistant or even immune to snake venom. This characteristic put mongooses ahead of its adversary and explain why mongooses can kill cobras.

If a bear runs into a group of wolves, the most possible result is both sides avoiding each other. There is no need for them to begin a confrontation, as it could not be advantageous for anyone. Not all of this apply in one situation: when they are fighting for carcass. Winter can be harsh and food very difficult to find.

Bears are much larger than wolves. Grizzly Bears range from 5 to 8 feet (1.5 to 2.5 meters) and weigh 800 pounds (363 kg). A wolf ranges from 36 to 63 inches (91 to 160 cm) and weighs up to 175 pounds (79 kg). So, if a lone wolf runs into a bear it would most probably flee because it would stand no chance. However, wolves have a great advantage: they work as a group. When the wolves work together, even the mighty Grizzly Bear must leave them alone and walk away.

Polar Bears are giant beasts from the arctic. An adult can reach 8 feet (2.5 meters) and weigh up to 1600 pounds (720 kg). Polar Bears usually hunt seals but when food is scarce, they can aim for something a little bigger.

When a Polar Bear tries to attack a Walrus, anything can happen. The bear is stronger and a natural predator but there are many cases of Polar Bears found dead or severe wounded by walruses’ tusks.

The Polar Bear may try to avoid the walruses, but they will take their chances when extremely hungry. Most of the times they will be successful but sometimes the walruses can make serious damage.

Burmese Pythons are native from the southwest Asia but they coexist with American Alligators in the Everglades National Park.

Male American Alligators reach, in average, 11.2 feet (3.4 meters) and can weigh up to 1000 pounds (450 kg) but it is not common. Burmese Pythons range from 16 to 23 feet (5 to 7 meters) and weigh up to 200 pounds (90 kg). They kill their prey by constriction, squeezing until it suffocates. They are also great swimmers, being able to stay under water for 30 minutes. The alligators’ back skin is armored with bony plates.

American Alligators and Burmese Pythons will not usually engage in confrontation but the unusual thing about these two beasts is that when they do, either one can win the battle and eat the other. The only difference is that the Gator will eat piece by piece and the Python will swallow its meal whole.

These two African giants compete for the same space so an encounter between them is not uncommon. Elephants are usually peaceful creatures, but a musth period (high level of sexual hormones) can easily change that. Elephants in a musth become tremendous aggressive and will probably attack a Rhino that crosses their path. The Elephant can take down the Rhino and smash it with its great weight.

In February 2000, a young group of orphaned Elephants at an African Park was reported to have killed 36 Rhinos. In this case, Elephants developed an extremely aggressive behavior. This may have happened because of the lack of adult elephants influence. The young group was actually hunting down the Rhinos.