Phyllis believes it is so important to educate our children on Early American History, for it is what shaped our country.

In 2011 a distant ancestor of the crocodile, aetosaur, was found in the Triassic basins southwest of Raleigh, North Carolina. It is a new species of the ancient reptile and has been given the name Gorgetosuchus pekinensis by North Carolina Museum of Natural Sciences professor Dr. Andrew B. Heckert and his staff.

Often when one thinks of Appalachia, the thought of the mountains create a beautiful and majestic image in the mind. This system of the North American mountain ranges stretch from Newfoundland and Labrador in Canada and run south and westward down to central Alabama in the United States, creating foothills in northeastern Mississippi. The range varies from 90 to 300 miles wide and 1,500 miles long.

Within this vast range lie 420 counties in 13 states. This is the current definition made by the Appalachian Regional Commission (ARC). The region defined by the ARC currently includes all of West Virginia and 14 counties in New York, 52 in Pennsylvania, 32 in Ohio, 3 in Maryland, 54 in Kentucky, 25 counties and 8 cities in Virginia, 29 in North Carolina, 52 in Tennessee, 6 in South Carolina, 37 in Georgia, 37 in Alabama, and 24 in Mississippi.

Let us imagine that we are far above this vast area, seeing a bird's eye view of it all. Now let us soar down like an Eagle to get a closer look and go back, far back, in time to the days of the original inhabitants.

We come upon a group of people foraging in the mountains. These were members of tribes who lived there over 12,000 years ago. In the 16Th century, the de Soto and Juan Pardo expeditions explored the mountains of South Carolina, North Carolina, Tennessee, and Georgia, and encountered a population of Muskogean speaking inhabitants.

Ancient Mississippian and other cultures ~

Long before Europeans came to what is now the United States, there were indigenous people of the Mississippian culture who were mound builders and lived well in a land of abundance.

This advanced race were hunter-gatherers. Plants, fruits, berries, nuts and roots were available to supplement their diet of meat. Archaeological evidence shows that indigenous tribes lived in the Appalachian regions over 12,000 years ago. They were of complex agrarian societies.

The people of the Mississippian Culture came from the Paleo-Indians, the first people to discover and inhabit the American continents. Research and evidence so far suggest that Paleo-Indians came from Asia into Alaska via the Bering Strait. As ice-free passages opened up during 16,500 BCE - 13,500 BCE, the people migrated into North America, following large groups of animals. Eventually, these Paleo-Indians migrated in groups to different parts of the new lands and some became inhabitants of the Appalachian areas.

There are continuing debates on the exact dates of the Paleo Indians and Mississippian Culture settlements.

The earliest Spanish expeditions in the 14th century, encountered the late Mississippian Culture, which were in decline, and the early Moskogean settlements. Descendants of the Mississippians are believed to be the early Muskogean speaking tribes of Appalachia.

The Muskogee people settled in what is now Tennessee, Georgia, and Alabama. Later European expeditions, towards the end of the 17th century, came upon the Algonquian tribes, the Shawnee, who inhabited the central parts of the regions -- while the Cherokee were further south in Tennessee, North Carolina, Alabama and Georgia.

The Great Smoky Mountains became the homeland of the Cherokee. They relied heavily on their advanced agricultural methods of plantings to supplement their diets from gathering and hunting.

There were prehistoric peoples in North America who were called Mound Builders. These Pre-Columbian cultures of the Archaic period, Woodland period (Adena and Hopewell), and the Mississippian period, existed during a 5,000 year period, from approximately 3500 BCE to the 16th century CE.

These indigenous people lived and thrived in the regions of what are now the Great Lakes, Ohio River Valley and the Mississippi River valley and its tributaries. Watson Brake, (North America's earliest mound complex) was constructed around 3500 BCE - 1,900 years before the Poverty Point complex in Louisiana. The Watson Brake is in the floodplain of the Ouachita River in northern Louisiana. This is evidence that the Mound Builders began their construction of cities and mounds nearly 1,000 years before Egypt's pyramids were built. 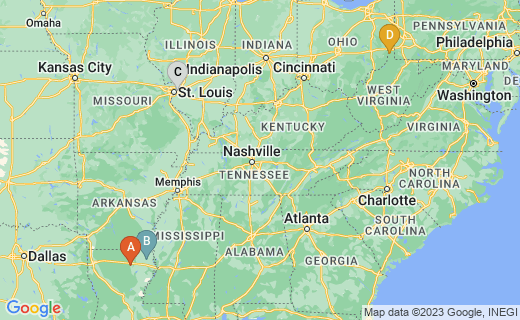 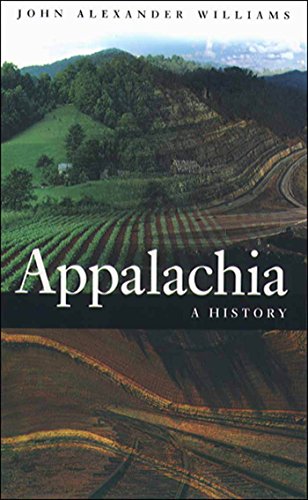 Have you ever visited an archaeological site of mounds?

Early life in Appalachia is steeped in fascinating history and legends. There are many legends of the Cherokee about the Smokies.

There is an old Cherokee legend that the Great Smoky Mountains were formed centuries ago when a giant buzzard, wearily circling the earth after a great flood, plummeted to the ground in exhaustion. Where his vast wings hit the earth, the mountain valleys appeared and his great body became the mountain peaks. The people were intrigued with the bluish mist that lingered over the mountains and called this land "Sha-cona-ge" (Land of the Blue Mist). This was the center of the Cherokee territory, their homeland.

Another legend is of a captured Shawnee, a medicine man, who bargained for his freedom. To keep his freedom, he must forever roam the mountain range, searching for Uktena, the Horned Serpent.

The legend of the Horned Serpent is ancient. Different tribes have their own name for this very large creature. The Cherokee call it Uktena. It is of a great size, as big around as the trunk of a large tree. It has horns on the head and a bright, glowing diamond-like marking on its forehead. Scales on the serpent are very shiny, as if they were embers of fire. All along the body are round markings, like spots. The only way Uktena can be killed is to shoot into the seventh spot from the head, for that is where the heart of the serpent is. If one can kill Uktena and take the diamond from its forehead, that person will be a great member of the tribe, able to heal and do all magical things. The problem lies in trying to get close enough to Uktena without inhaling and dying from the deadly, poisonous, foul odor of its pestilent breath.

The Great Smoky Mountains is a UNESCO World Heritage Site. The Smokies are also part of the World Network of Biosphere Reserves. The World Network's focus is on developing better ways to live with our natural resources by gathering information and testing for a better approach to living in balance with nature.

Visiting the Great Smoky Mountains is an experience one will never forget. These are majestic mountains with an abundance of flora and fauna. Annual tourism counts to the Smokies is astounding - with the numerous choices for camping, cabins, resorts and places to visit, it is a fantastic place for family vacations.