So you are left handed too? Great. Join the club.

You know, there are not many of us in this world. We only make up 10% of the world's population. With the majority being male, a female left handed person is truly a minority.

Despite our minority we proudly rub shoulders with some of the more famous people in the world.

Be proud to be a member of the left handed club. It is free. It is a special club. Shhh don't tell anyone.

What makes a person left handed?

Let's not delve into why or what makes a person left handed. Even scientists are still trying to lock down a definitive reason.

There are many theories, beliefs and anecdotes floating around.

Some say it is genetic - there is definitely a genetic basis to handedness but not a single gene. Some say it is a 'learnt behaviour'.

What ever the reason, what ever the cause we are here now and we are living in a right handed world. That means that almost everything produced, every gadget, every writing implement, every musical instrument, every cup, every doorknob is all designed for a right handed person. That can often leave us leftys looking a little awkward, if not feeling awkward.

Let's discover what some clever people have developed to ensure left handed people are more comfortable in this right handed world.

Celebrate left handed day on August 13th each and every year

Did you know, back in the days, left handed people were assumed to have associated with the devil. Children were even forced to be 're-educated' to fix their so-called problem.

Today the stigma has all but vanished but the riddle remains. 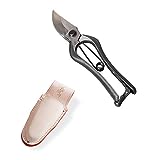 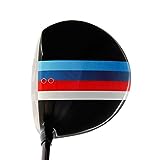 So what has been invented, so to speak, to aid the left handed person.

Right handed people claim left handed people are clumsy and look clumsy when doing the simplest of tasks. This is untrue. It is only because we are using gadgets that are made back to front.

Let's look at the way things are meant to be.

Well there are the left handed scissors. Very popular for children, pet groomers and the crafty people amongst us (since we are a creative lot!).

There are even left handed watches. No one wants a right handed watch with a knob that sticks into your wrist.

Have you heard about the left handed utensils for babies and toddlers?

Are you a green thumb? Make sure you have left handed garden shears.

Do you like to get under the hood of a car? There are left handed tools and even a lovely, somewhat NOT funny, left hand driver car window sticker! Yes, alert the world you are coming.

You can even buy baby dolls that suck their left thumb. Left handed t-shirts and left handed mugs.

Those sporty amongst us will appreciate the left handed gold clubs - for men, women and little tikes. And since we are a creative lot there has to be a number of musicians amongst us who would live to strum out a good tune on a guitar. Make sure it's a left handed one. Or play a lovely classical number on a violin. Again left handed all the way.

Did you know that there are some famous people who are members of our elite club? 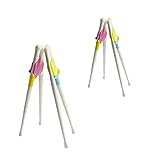 Try giving your right handed friends something from your special left handed range and see how funny they think it is then when they cannot cut a straight line, cannot left click on a mouse, cannot open the can of beans. Who's laughing now?

Does left handedness run in the family?

In many cases if you are left handed, so too may be your siblings and your parents. This then strongly suggests a genetic trait. In some instances only one child is left handed, and no others can be seen no matter how far or wide one searches.

The right hand side of the brain is responsible for the creative aspects of one's talent. Art, Music, Insight, Intuition.

Research undertaken claims that a right handed person actually lives longer than a left handed person. On average 9 years to be exact. Other studies claim the opposite. How one even studies this in a controlled environment is debatable.

It is a fact that some left handed people hold their pen in a more perculiar way and are often stated to write backwards.

Some suggest that left handed people need to be taught how to write 'properly'. There are pens, writing guides and writing implements out there that are designed to help left handed people write 'properly'. Personally I have not had to use any left-handed writing essentials. I do turn my paper on its side. I do tick backwards. However I write straight, my hand is straight and not inwardly turned. Everyone is different. If it works for you then stick to it. There is no right or wrong way really, is there?

On a regular keyword, a QWERTY keyboard, some clever person (most likely a left handed person) realised that there almost 1500 english words typed solely with the left hand and only 187 with the right.

We are left handed people living in a right handed world. We are special. Just remember, membership to our club is free. Join the left handed club today.

All Hubs are Original Material by 'Work At Home Mums' ©