Did you know that in Greek myth, Pegasus was not the only winged horse? In ancient Greek myth Arion was an immortal horse with the power of speech (although some put this strange ability down to an error in translation often attributed to Propertius). He was also reputed to be the fastest horse that ever existed.

Arion was the offspring of Poseidon and Gaia or Demeter (depending on the source), conceived while they were in the form of horses. Posiedon was also the father of other mythical horses including Skyphios and Pegasus. Arion's twin sister was known as Despoina.

An alternate explanation is that Arion is the offsrping of Zephyrus and a harpy, which would suggest a dark/infernal nature. This dual identity may explain why Arion is described in disparate ways.

The description of Arion as a talking horses may be entirely deliberate, as Hera was said to give the power of speech to the steeds of great heroes. In the poem Thebaid by Statius, Arion is also said to provide prophecies of the future--warning his master of impending danger and carrying him to safety.

Arion is sometimes described as having wings. In various accounts he is said to be dark (even blue) and sometimes fair in color. His mane is variously described as dark or fiery red. In some accounts Arion is said to have two hooves and two human feet (both on the right side of his body).

Arion is associated with:

Arion was raised by sea nymphs and taught how to pull the chariot of Poseidon. The horses pulling Poseidon's chariot are often depicted as hippocampuses with the hindquarters of fish. But in no description of Arion is he described in this way.

The son of Apollo, king of Haliartus, was given Arion by Poseidon and in turn gave him to Hercules.

Hercules rode Arion into battle against Elis. Hercules also rode Arion to victory in a race against a son of Mars. He in turn gave Arion to Adrastus.

Arion and Krakos drew the chariot of the king Adrastos in the Quest of the Seven against Thebes. Arion is said to have spoken to Adrastos to warn him against war with Thebes. The war was a failure and only Adrastos survived due to the swiftness of Arion.

Arion was said to have a naturally wild and fiery nature, but Adrastos was a calm and mild man an his temperament effected that of the horse making him more tractable. 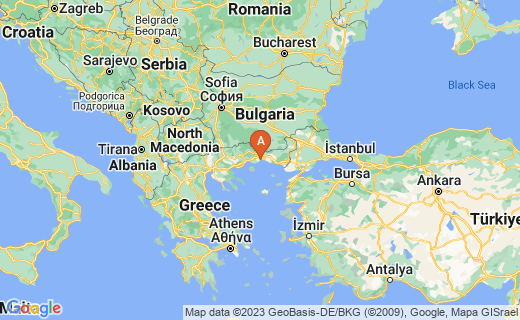 The people of the city of Abdera showed particular honor to horses and the city boasted a temple dedicated to Arion.

"... there is no man that shall catch thee by a burst of speed, neither pass thee by, nay, not though in pursuit he were driving goodly Arion, the swift horse of Adrastus, that was of heavenly stock ...”

"`Guide the great horse, Arion of the black mane, through all his turns and make him help us, as best you are able.'"

"To Horses beyond all mortal creatures cunning Nature has given a subtle mind and heart . . . A horse there was which ran with light feet over the corn-ears and brake them not; another [offspring of Boreas] ran over the sea and wetted not his coronet."

Arion provides the name for a music album, a design company and stable. Many horses have also been given the name of Arion.