Yan Liben's "Portrait of the Emperors"

What types of imagery do artists use to make a ruler seem powerful and glorious? There are a handful of artistic devices most often used to create this effect. They include: 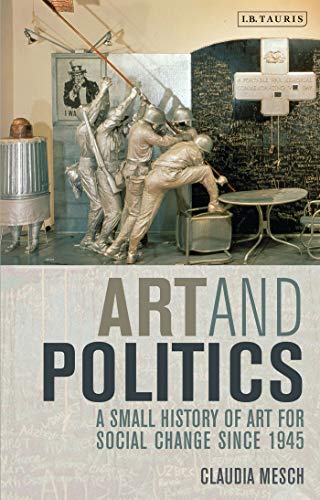 Art and Politics: A Small History of Art for Social Change Since 1945
Buy Now

Artwork of Divine Rulers and Royalty

Many heads of state throughout history considered themselves to be heaven sent, or a member of the divine family. They would have artists create images of them idolized to help them spread that idea.

When rulers were considered divine, their portraits were handled with great care. The dynastic emperors of China were believed to be the Sons of Heaven. They ruled by "mandate from heaven" as far back as the ancient Shang Dynasty. A famous Chinese painter, Yan Liben, was known for his portraits of royalty. Liben was a master at rendering volume through line. With little shading, he could create substantial substance and weight.

You could examine royal portraits from all different times and cultures and you will keep seeing the same attributes: the idealized face and body, the symbolic details, and the centralized composition.

Maya Lin: Between Art and Architecture

Read more in Politics and the Arts

Art and Politics: A Small History of Art for Social Change Since 1945
Buy Now

Images of contemporary political leaders are fundamentally different from those of the past, just as the concept of the ruler has evolved. Today almost no ruler considers themselves to be of divine descent, although some are believed to be sent by a god.

Unlike in ancient times, today artists will make works depicting rulers that flatter them, as well as works that mock them. Artists have much more room to express their creativity when it comes to politics in today's society as opposed to society's past.

The Power of the State

Architecture also plays a role in politics, power and glory of the state and ruler. Some of the most incredibly ambitious building complexes have been designed to house those who have been divinely bestowed with the power to govern.

Palaces are official residences of kings, emperors, and high ranking leaders. Similar features found in most palaces regardless of place or time include: grand size, lavish ornamentation, tall height, and prominently featured art. These features are common because of their ability to convey power, status and prestige.

Palaces aren't the only architectural structures that show power and status. In order to determine what type of architectural style is used for a specific government building, social and political pressures are considered.

In 1836 when the Houses of Parliament in England burned, a new style evolved and Gothic Revival architecture started to flourish throughout the country, as well as the western world. Although drawing from classical elements, a medieval style dominated the new Houses of Parliament, stressing the church's strength and the government's power in England.

In the 1900s a new form of architecture took over New Zealand as a result of political unrest. The Maori nation was undergoing tremendous change, and thus the Maori Meeting House needed to be changed as well. Bland walls were replaced with visually overwhelming sculptures and profuse carvings, swirls and lines.

Art During Times of Political Unrest

Architecture for war has ranged from ancient fortresses to modern military headquarters and bunkers. One of the most amazing and well known examples of architecture for war is the Great Wall of China, a 1,500 mile slithering wall visible from space.

Artists throughout time have used art to document, protest and show support for war. Some artists choose to depict war as a memorable, glorious, and action-filled event. Others choose to show realistic depictions of war using a variety of mediums. More still choose to use their art to protest war, or show the horrid, gruesome side of battle.

War heroes have always been a popular subject in art. On the other hand, peacemakers memorialized in art are few and far between. Much more common is political commentary artwork, where artists use their work to convey a particular political stance or position.

Between Art and Architecture Part 2

Read more in The Art of War

The Art Of War
Buy Now

If you are an artist or even an appreciator of the arts, which of these do you prefer?

How Does Art Promote Power?

Art has done a tremendous job of promoting the power of individual rulers throughout history. Chinese imperial emperors were lauded in their personal portraits while the Byzantine rulers were presented to the church and state in the impressive mosaics in San Vitale. Royal paraphernalia also denotes power by affirming authority of a monarch.

Political leaders have relied on art since the beginning of time as a way to proclaim their political achievements. Not only political leaders, but also the state has benefited from the works of artists. Architecture in particular has benefited governments and states, especially during times of war or great societal change, for example, the House of Parliament in England.

Art commemorates historic events and people, makes lavish the rulers' palaces and keeps vividly alive the glory and greatness of past empires. To some extent, art makes a ruler as great as he is, or at least as great as he appears to be to the people.

Art as it Relates to Government