Art as it Relates to Spirituality

Art and Architecture Have Had Spiritual Representations for Ages 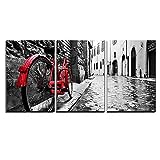 How can gods, goddesses and other holy beings be represented in art? Various religions and artistic traditions have developed different solutions, ranging from the abstract to the animistic to the anthropomorphic.

Artists in many religions use animal features or natural forms to depict, or act as metaphors for deities. Other religions depict God anthropomorphically, that is, with human attributes. Gods may be male or female, or they may take on personality traits of a human.

Venus of Willendorf- Statue of the Earth Mother

Do you consider yourself more of an art creator or an art appreciator? Why? (Expand in comment section)

Art and the Earth Mother

The Earth Mother is the original deity in almost all areas of the globe. As the spirit of the earth itself, she is seen as the giver of life, nurturer, and also the carrier of death. In many ancient myths, the Goddess was born first, and then created her male counterpart, with whom she mated to produce the rest of creation. Early deities were almost always female, life-creating, sexual and concerned with fertility, as can be seen with the statue, "Venus of Willendorf."

The deities of ancient Egyptian religion were mostly personifications of natural forces. Thus, the Egyptians thought of the daily rising of the sun and the annual flooding of the Nile River to be gods who must receive worship and sacrifice from human. Other natural entities were also given the form of a god, such as the stars, the ripening of crops, etc.

Cult statues of gods resided in all of the temples. They were housed in darkness for most of the year, accessible only to priests, except when they were brought forth for special festivals or carried in ceremonies. Cult statues were believed to actually house a spirit. Often, Egyptian deities were depicted as animals, or as animal-human combinations.

Images of humans with gods protecting them are common throughout ancient Egyptian art, but usually the deity is a detail in the overall sculpture.

The Greek Deities as Depicted Through Art 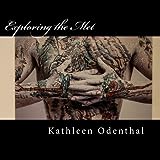 Art and the Greek Gods

The ancient Greeks believed that the beginning of all life on earth was Gaia, the Earth Goddess, who bore Ouranos, the Heavens. They mated to produce the twelve Titans. One of them, Kronos, slew his father and mated with his sister to produce the Greek gods who lived on Mount Olympus.

The gods were identifiable by certain physical features and the attributes associated with them. Artists at that time used these features to honor each of the gods through statues that replicated the various gods. The Greek gods were always in human form, but that form evolved over the centuries. Eventually, artists began to depict the gods in an "idealistic" human form, which contrasted strongly with the increasing tendency towards realism in depicting humans, showing aging, vulnerability and death.

One of the oldest religions in the entire world, Hinduism still survives today. The Hindu philosophy views all things as being in essence Brahman, the Absolute Spirit. Hindu people practice meditation to absorb this sense of self, in order to become one with Brahman. Once this state is reached, Enlightenment is achieved.

In the Hindu religion there are many gods, but truly they are all just manifestations of the Supreme Being. The task of the Hindu artist is to show the gods as far more than human. Some deities are depicted as combinations of humans and animals, while others are shown with superhuman attributes.

Read More on the Connection Between Art and Religion

The Sacred Art of Dying: How the World Religions Understand Death
Buy Now

The Buddhist religion follows the teachings of Siddhartha Gautama, a prince born in India near Nepal around 563 BC. Miraculously born and conceived from his mother's right hip, Siddhartha was raised in luxury and protected from worldly evils. Eventually he fled from his sheltered life at age 29 to live as a holy man, homeless on the streets. At age 35 he reached Enlightenment, achieving the status of Buddha, "The Enlightened One." Other important figures in Buddhism are Bodhisattvas, immediate personal intercessors who aid humans in their times of need.

Buddhist artists have depicted the Buddha and the Bodhisattvas in their art for ages, via sculptures, paintings, carvings and more. Typically, the Buddha is depicted seated in lotus position on a throne, hands posed in the preaching mudra.

Judaism is one of the oldest religions in the Western world. It is the foundation of Christianity and Islam. Based on strong ethics and strict monotheism, Judaism emphasized the exclusive covenant that the Jewish people have with their Creator. The patriarchs of Judaism include Abraham, Isaac and Jacob. The Jewish people believe that the soul does not die after death and that the wicked suffer for all eternity.

Artists of the Jewish faith would create didactic paintings, illustrating stories found throughout the Hebrew Bible. The figures tended to have stylized gestures, lack expression, mass and depth, and for the most part stand in frontal rows. Yahweh's image was never depicted with the exception of his hand emerging from the top of the panels.

The Descent from the Cross

Do you prefer art for its beauty or what it represents?

Christianity has a plethora of images for God. Whether depicting the Holy Spirit as a dove, or perhaps a flame, the Son of Christ as Jesus, or the Heavenly Father himself as an old man adorned in lavish clothing, surrounded by angels, Christian imagery has been around as long as Christianity.

As an actual historical figure, Jesus is the most heavily depicted in art. Whether as a baby, a young man, or a crucified Savior, artists have loved to depict Jesus in their art for centuries. Most Christian art is a combination of historical events and many layers of symbolism.

This Buddha Statue Has Strong Meaning to the Buddhist Faith 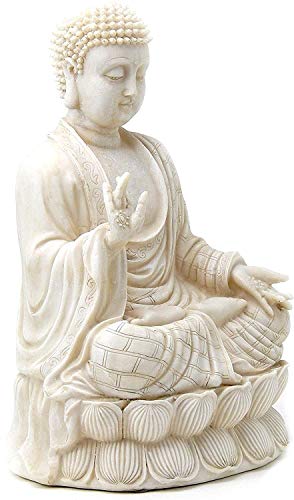 Capturing the Spiritual through Art

Artists in different traditions use a number of devices to show the spiritual realm through their artwork.

In creating images of gods, goddesses, and other body beings, artists use geometric symbols, symbols taken from the natural world, animal forms, and the human body. The geometric symbols most often used are the sphere, circle, square and triangle. Animals can be used as symbols for gods, as in ancient Egypt. Also, fantastic combinations of animal and human forms can allude to the divine realm.

For some ancient religions that are no longer practicing, we rely on art to provide us with basic information about their traditions, beliefs and more.