Internships in Aerospace Engineering And Technology

A Bright Future For Travel, Jobs, and Business

Chris Lewicki is the President & Chief Asteroid Miner at Planetary Resources, Inc.In October 2013, he announced new internship positions with his company beginning in the spring of 2014.These being successfully filled, new positions continued to open thereafter.

Interested people should apply anytime, but a good time is in the autumn or early winter each year. Former interns with this young company have already come on board in full-time employment.

This is the company that began with Google investors, James Cameron and some other luminaries in 2012 in order to find near-Earth asteroids that are good for mining mineral resources. In addition, the company can help break apart asteroids that might threaten Earth with damaging impacts. 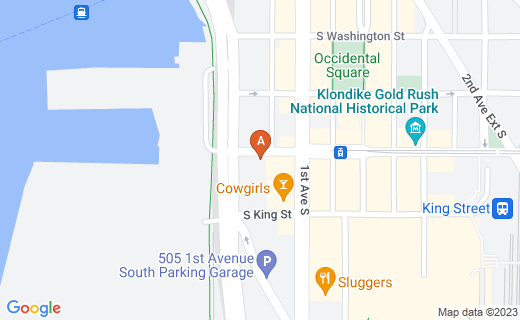 Asteroid based activity is the accelerating trend of future economies, businesses, and jobs in America and globally from 2010 - 2050 and beyond. Asteroid mining and other aerospace ventures dovetail with space exploration and space tourism to expand work opportunities and give humanity more natural resources - like water and iron ore - and more places to live.

This is an exciting time to live for high school and college students that wonder about what educational pathways will provide real employment in the next decades. The future is brighter than even Star Trek's® Gene Roddenberry envisioned!

Bottom line – we build spaceships and explore asteroids. If you need any other motivation to apply, don’t bother.

Interested people should apply anytime, but a good time is in the autumn or early winter each year. Former interns with this young company have already come on board in full-time employment. How to Be an Asteroid Miner

Mr. Lewicki wrote effectively about the requirements for becoming an asteroid miner. This CEO is looking for some awesome qualifications in potential asteroid miners/space engineers and these include:

It is going to require high energy and self motivation to work out there in the cosmos (see the film Gravity for a taste of that!). You are going to have to be a person that makes things happen in the context of a team, and no someone who sits and waits for things to come together.

You also need to want to learn by doing, making mistakes, and correcting them (think of Gary Sinese on the ground trying to determine how to save enough energy and fuel on Apollo 13 to get the crew back safely to Earth).

If you are a college student or someone already working in an engineering capacity, read the blog post mentioned above, and apply for a job or internship. Or, tell your friends about it if they seem the right fit. Or, you may know a middle school student that will be ready in a decade - don't lose the URL above, because you can refer that student to Planetary Resources, Inc.

Kids aged 13 right now will be space engineers in 2023, the year that Mission to Mars (public and private programs) in more than one country is scheduled to fly by and/or land on our neighboring planet. The huge Asteroid Belt is just beyond, with plenty of water, metals, and other minerals for the mining.

Nichelle Nichols of Star Trek’s® was one of the faces for NASA in the US Space Shuttle recruitment programs long ago, after Martin Luther King, Jr. convinced her not to quit the TV series. Star Trek’s® Brent Spiner and Robert Picardo are the current popular faces of Planetary Resources, Inc. in their public telescope time-sharing.

The space mining company gathered enough funding through crowdsourcing after presentations by Spiner, Picardo, and others, in just a couple of days to pay for the new Arkyd telescopes for public use.

When you are not in the stratosphere exploring space or on an asteroid mining minerals, you may be involved in projects like this one or in software development, when you work for Planetary Resources. Other projects and services will likely be added with time, especially since new investors like Sir Richard Branson of Virgin Galactic are coming on board.

Keep your eye on Planetary Resources. As they are saying - the government may shut down, but they won't.

Aerospace Employment and the Future

Disclaimer: I have no connection with Planetary Resources, Inc., except that I am on their mailing list as a fan of aerospace adventure and want to follow their historic work into space exploration, asteroid mining, and public service.