The City of Bakersfield, California was actually named for a field which belonged to Colonel Thomas Baker. The colonel owned a home and field where travelers stopped over. It became known as “Baker’s field.” Colonel Baker officially established the city in 1869. According to the Wikipedia article about him, he came to California because of the gold rush. However, there is more to the story than just the gold rush. A field owned by Colonel Thomas Baker was reclaimed swampland a fork of the Kern River. It was on the Los Angeles to Stockton, road and ‘…its close proximity to mountain passes to the west, south, and east…” was the base for a later transportation hub, according to Wikipedia. Prior to becoming Bakersfield the town had been known as Kern Island, Baker’s field and Alkali City.

Bakersfield is now known as a major city near the southern edge of the San Joaquin Valley in Kern County, California, according to Wikipedia. About halfway between Fresno and Los Angeles its population is 347, 483, as reported in the 2010 census. According to Wikipedia this makes it the 9th largest inland city in California and the 51st largest city in the country. It is the county seat of Kerns County.

Thousands of years ago the Yokut Indians lived in lodges and hunted a variety of game and fish around the branches of the Kern River delta. The first European to explore the area was father Francisco Garces, who was a Spanish missionary, in 1776. It wasn’t until 1820s that Mexican settlers migrated to the area and came in contact with the Yokuts.

· In 1848 gold was found in California and the San Joaquin Valley was flooded with settlers.

· In 1851 gold was found along the Kern River in Southern Sierra Nevada.

· 1860 the area of Bakersfield was Tule-reed-covered marshland and known as Kern Island to log cabin dwelling pioneers. The Kern River would flood what is now the downtown area and there were malaria outbreaks.

It was largely the efforts of Colonel Baker that that the area got an early start in its development. He was born in 1810 in Zanesville, Ohio which at that time was a part of Virginia. One of his ancestors was Colonel Thomas Baker who was an officer in the Revolutionary War and on the staff of General George Washington... He also had ancestors who were among the nobility of England.

The Thomas Baker who founded the City of Bakersfield was raised and educated in Ohio, Illinois and Iowa. He also read law and was admitted to the Ohio bar. In that state he served in the militia and earned the title of Colonel. As a law student he specialized in land law and became regarded as an authority. In addition he learned surveying and worked at that for many years.

He became an early settler in eastern Iowa but was eventually driven out by the Indians and his cabin burned down. However, he had won some confidence of the Indians and some of them warned him of the up and coming Blackhawk massacre and he was able to escape. He settled near Washington, Iowa and became the first United States district attorney of the Iowa territory. When Iowa became a state he was elected to the first state legislature, became president of the senate and became the ex-officio first lieutenant governor, according to the article about him History rootsweb in ancestry.com.

Baker had an outstanding knowledge of the law and was a student of Sir William Blackstone’s commentaries of English common law. Some work he did on these commentaries is being used by Berkley students even now, according to rootsweb.

Along with thousands of others, he was drawn to California in the days of 1849 and first settled in Benicia. He went on to Stockton and in 1852 to Tulare county and helped found Visalia which is the county seat and he served as senator from Fresno and Tulare counties.

Not long after these events he partnered with Harvey Brown and bought a big swamp land franchise owned by the Montgomery brothers. This included the lands along the Kern River north to Fresno. He went to Kern Island in September of 1863 to start the rather daunting task of reclaiming the swampland. Included in this swampland is what would be the city of Bakersfield, California.

Bakersfield has a varied economy including oil production, the fourth most productive agricultural county in the United States by value, according to Wikipedia. It also has natural gas and other energy. Additionally there is aerospace, mining, petroleum refining, manufacturing, distribution; food processing. In 1990 the city was awarded an all American city award from the National Civic League in 1990. 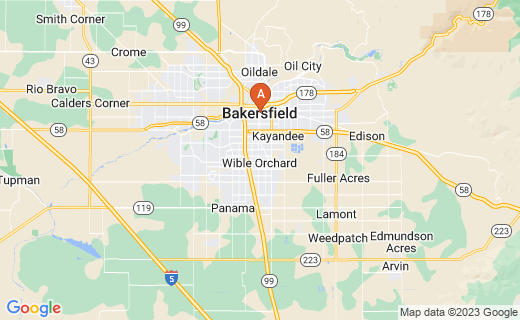 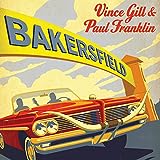