I will admit that I have never been a fan of energy drinks. Coffee has always been my pick me up of choice and did not see the need to switch or seek an alternative.

However, I recently I had the opportunity to partake of some energy drinks at a friend's get together where I tried the energy drinks Red Bull and another one by the name of BLU, and yes that is the correct spelling.

I was very pleasantly surprised by one and disappointed by the other.

There was a noticeable difference in the initial taste and aftertaste which I did not expect from one such popular and well known brand.

I began, out of curiosity, researching both drinks. Both are about the same size, approximate 8 ounces and both contain about the same ingredients. Both have catchy slogans "Red Bull Gives You Wings" and "BLU 4 Life".

The difference was in price, taste and after effects. I must also admit that until recently I thought that Taurine, a main ingredient in both energy drinks, was the name used to call people who were born under the zodiac sign of Taurus,but I digress.

Red Bull was first manufactured in Austria in 1987 and it's still produced there, based in part from an energy drink popularly consumed in Thailand. It's also the largest energy drink in the market as of this writing.

Blu has its origins in Israel in the year 2000 and like Red Bull, its been certified as parve,and it's produced in Poland. It has a large following in Europe and the Middle East.

After some initial thoughts I tried a non scientific experiment using both energy drinks with about 18 of my friends under the promise of a full fledged BBQ if they indulged me with my activity.

A short pre-experiment survey was taken of the 16 (two were my assistants and did not participate in the taste trials) participants; 7 had never had an energy drink, 2 had had other energy drinks besides the ones used in the experiment, 7 had had Red Bull before, none had had BLU.

The group was separated into groups of 8 with two acting as assistants and note takers. Both groups were blindfolded, with much fanfare.

Both groups were served the energy drinks in non descriptive foam cups and were asked to smell, taste and rate their drinks. Each 8 person group tasted Red Bull first and recorded their experiences.

After about 1 hour the groups were again blindfolded and were given Blu and again were asked to rate their experience. At no point were the groups told which drink they were tasting first or second.

15 out of 16 said that Blu had no after-taste, as compared to a reported strong after-taste which they claimed that Red Bull had. 12 out of 16 liked the presentation (can) of Blu better than the can of Red Bull. 16 out of 16 claimed equal amounts of energy with both drinks, not surprising since all had two drinks each, so this result was nullified.

Note: the list of ingredients appears similar in both drinks although Blu appears to have a higher concentration of the B vitamins complex, which are natural energy boosters and it contains less sugar.

Both drinks contain about as much caffeine as one strong cup of coffee, approximately 80mg. 6 out of 16 reported a slight headache after Red Bull with only 2 out of 16 after drinking Blu. The majority (15 out of 16) found Blu to be less carbonated than Red Bull and easier to drink.

I must say that it was a little disappointing at the lack of availability of Blu in my local area. I was only able to find it at only 4 stores, but at the reasonable price of $1.50 per can I did not complaint much.

Red Bull has had some controversy associated with it in recent years including the discovery of traces of cocaine in some Red Bull Soda cans produced in Austria and some deaths that were associated with the consumption of the product during extraneous exercises or during periods of stress. Red Bull was briefly banned in some European countries such as France but since then all bans have been lifted.

In April and June 2009, batches of "Red Bull Cola" drinks imported from Austria were found to contain between 0.1 - 0.3 micrograms of cocaine per litre, according to Hong Kong officials. Wikipedia

Red Bull has been subject to bans in France, Denmark and Norway[34] for several years but they have been lifted afterwards and the energy drink was re-legalized in those countries. Wikipedia.

I thus far have been unable to find much information associated with Blu and any ill effects associated with its consumption but it would be safe to assume to be the same as those effects caused by over consumption of any energy drink, including Red bull.

At the conclusion; 13 out of 16 preferred BLU overall over Red Bull and would consider buying it in the future.

Keep in mind that if you intend on mixing any energy drink with alcohol you are mixing a depressant (alcohol) with a stimulant (energy drink) a dangerous combination if taken in excess or during prolonged periods of time.

As for me, I am not fully convinced of the need to consume energy drinks and I think I'll stick with good old java for the time being but will not discard the possibility of occasionally indulging with some BLU.

Based on this article, if you were to consume an energy drink which one would it be? 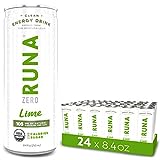