Psychology 101, What is Evolution by Natural Selection?

In this psychology 101 article, we attempt to provide you with the best information in a simple way.  The question here is what is the process of evolution by natural selection?  It was requested by Webby and we hope that we have covered this topic effectively and well.

We first start with a psychology definition and look at the roots on the concept of evolution.  So, where did the idea stem from and who brought this to the forefront in terms of science?  Of course, many of you would know of Charles Darwin and what a fitting place to begin!

We then look at evolution by natural selection in terms of today and how it has influenced us.  This is about genetic inheritance and we use an example of evolution in action in the form of certain bugs.  Intregued?  Well, read on!

When we think of Evolution from Natural Selection, we think about Charles Darwin's theories.  Yes, indeed, he was the first to publish this theory, but he wasn't the first to have such ideas.  His Grandfather, a man of the cloth, had similar thoughts and it might be suggested that it was he who sewed the seed, whilst Darwin searched for the evidence.

This evidence was discovered, notably, on Darwin's travels, particularly his trip to the Galapagos Islands, situated within the Pacific Ocean. 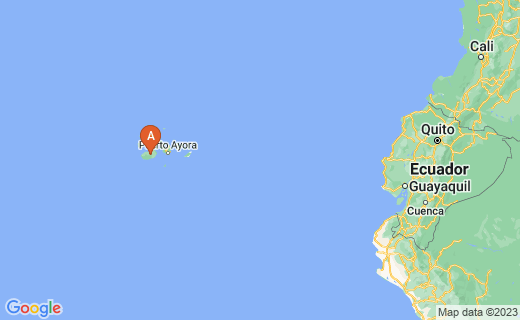 Darwin was a keen cataloger, geologist and naturalist. He drew wonderful sketches, collected specimens and wrote on various different species, sending these to key Universities in England for inspection.

It was during his trip to the Galapagos Islands that he discovered variants on the beaks of finches. He wondered why one type of beak differed to other types. He realised that these differences must have something to do with their locations or environments.

Of course, I may add, Finches with thinner beaks were more adept to consuming insects, whereas those with wider ones ate nuts.

It is, therefore, the gene associated with the creation of this type of beak that would survive and remain in the gene pool of finches. This forms the basis of natural selection and is a famous example of it.

Natural Selection - Survival Of The Fittest

So, natural selection is about changes from one generation to the next.  These are known as Random Mutations in genes.  It is a natural phenomenum.

These changes are beneficial for the survival of the individual or species.  Genetic changes that are adverse, therefore, can lessen the chances of survival.  This is survival of the fittest.

Charles Darwin - The Origin Of Species

Charles Darwin wrote his ground breaking book The Origin Of Species which he didn't publish until 10 years after it's creation. Forced by Alfred Wallace's work, who came to similar conclusions as Darwin, he reluctantly published. Darwin, knowing that his work would provide controversy on the meaning of life, was reluctant to do this. He knew his ideas would have a great impact on the world and this created great conflict within him - hence the 10 years! Indeed, these issues are still prevalent today.

His concerns did not go without merit. Look what happened in the 2nd world war and the great sterilisation campaigns around the world with the advent of the eugenics society!

Evolution is the term used to explain why there are so many different variations in the same species.

So, lets go back to our Finch example. In the Galopolos Islands, it was discovered that there were 17 different variaties of these birds, each with differing variations. They had evolved these differences from the basic finch design, if you like.

Survival of the fittest helps to explain the variety and distribution of living organisms. This concept is about the continuity of a species (as in all existing life forms), rather than the discontinuity (for example, the Dinosaurs).

Evolution is about change, over a period of time or generations, and diversity in a variety of a species.

The Origin Of Species by Charles Darwin

The Origin of Species
Buy Now

We can see evolution in action today. The mutation of bacteria and viruses demonstrates this. As we develop ways to overcome illness and infections with antibiotics, these structures have managed to evolve to combat these. They have evolved, over a short period of time - relative to our life expectancies - to what we know as 'super bugs'. These render many of our antibiotics useless.

Bacteria and virus mutate quickly; therefore, we can watch evolution in action today.

Evolution does not suggest biological explainations to the structure and function of all living things, but in terms of psychology, might help to explain behaviour.

Richard Dawkins, for example, in his publication The Selfish Gene in 1976, uses this to justify courtship rituals, territorial behaviours and altruism (unconditional help to others without thought of a reward). It is, therefore, genetic inheritance that may go some way to understanding why we act in the way we do.

Evolution Expressed As A Physical Manifestation

So, how can we explain evolution as a physical manifestation? Of course, we can all see physical characteristics that is handed down from generation to generation.

Attractiveness and usefulness of such characteristics might be kept within the gene pool as a way of keeping the line going. For example, brown hair is genetically stronger than fair hair. The brown hair gene is, essentially, the selfish gene that overides the fair hair gene. Sooner or later, fair hair, therefore, might be erradicated from the gene pool.

A Life of Sir Francis Galton: From African Exploration to the Birth of Eugenics
Buy Now

Francis Galton, Darwin's cousin, was keen on hereditary and founded the idea on 'Individual Differences'. He discovered how unique finger printing was in 1892.

The lines on your fingers are genetically programmed to exist. These are human similarities.

Each and every one of us has their own personal finger-print. These are different to every one elses. It is our own physical signiture and, today, is used extensively in identity cards and to log us in times of conviction. These are individual differences.

Humans and animals have developed and evolved over many generations. However, the main difference to our animal friends, is that we have adaped our environment far quicker than our evolution.

Our bodies crave salt, sugar and fat. We have evolved in this way to assist us with survival - it is a jungle out there and you just might not get to eat for a long time!

However, in the Western World, we have also adapted our environment at a far greater rate than our evolution.  Food is readily available and convenient.  We no longer have to hunt, but we still  have those base instinctual desires for high calories.  Is it any wonder, therefore, that nations are getting fatter?

So, now we can see the conflict that humans have as regards to our 'nature'. We have evolved to survive.

Our genetic inheritance has helped homeosapiens to remain on this earth some 80,000 generations from the first human that walked upon the African Savannah.  We have migrated, evolved and survived to create an environment that feeds our every desire.  However, our environment has been created at a far greater rate than the people of the first world's evolution.

It seems, therefore, that diseases associated with obesity, for example, is a product of nature restoring natural order. Again, mankind sets to combat this by creating new ways of overcoming disease, resulting in taking away the responsibility of evolution through natural selection.  The circle keeps turning.

Evolution by Natural Selection: It Is A Jungle Out There!

The fight continues between the intelligence of mankind and nature. Are we stunting our evolution of the genetic pool by the way we control our environment with medications and designs for life? By inventing new ways of combating nature, it might be possible to think that we are brewing a future debt of artificial dependency. It might take a catastrophe like war, for example, that teaches us that it is, indeed, a jungle out there!

I hope you enjoyed this information from this psychology 101 article. Hopefully, you should now be able to answer the question 'What is the process of Evolution by Natural Selection?'  However, feel free to ask any questions in the comments section and we shall do our best to answer you.

If you enjoyed this brief outline on evolution through natural selection, you will love the following Psychology 101 articles by the same writer: