Psychology 101 Information, The Actions & Perspective From The School Of Psychodynamic Psychology By Freud

Looking for the best psychology information? Well, you have come to the right place if you are looking to understand what the school of psycho dynamic psychology is.  You might know this as psychotherapy and psychoanalysis.

Founded by Sigmund Freud, his followers and predecessors expanded his ideas to what we know today in terms of therapy. These ideas are fundamental in psychiatric and psychological services.

Therapies like counselling would not be as effective without psycho therapy. Many of our mental health services have helped many people because of the psycho dynamic perspective. So, what are these ideas and where did they originally come from? Well, read on and be amazed and shocked... if you dare!

So, what is repression?

This is the pushing down of unwanted ideas into the unconscious and keeping it there.

It is a defense mechanism that blocks out terrible memories, what we fear, what we don't want to think about.

It is worth noting that repression can take up too much energy, or libido, which can render people exhausted.

The school of psycho-dynamic originally focuses on psychoanalysis. The job of the psychoanalyst is to trace back repressed issues from the past.

It is like tidying a messy wardrobe and clearing out the clutter, or cause, that is causing the distress. By tracing these troublesome traumas, the Doctor becomes an enabler who helps to bring these to the forefront (consciousness). This helps the client face up to what is causing him mental harm and enables him to deal with it effectively. By using reason, and realising the nature of the problem, may go some way to help to resolve the original physical manifestation.

Phobias and hysterical attacks have often been overcome, therefore, by using methods in psychoanalysis, including methods of counselling today.

The School Of Psychodynamic

Psychodynamic means 'active mind'. There is a mental struggle between the hidden unconscious mind.

Much of these Psychoanalytic theories derive from the ideas of Freud and his followers - Jung, Adler, Erikson and Klein, amongst many others.

Sigmund Freud (1856 - 1939) was the grandaddy who invented the term Psychoanalysis in 1896 to label his theories and techniques for investigating mental health issues in people.

He developed multiple and inter-related theories as a way to describe all human behaviour. Of course there is too much to cover in just this section, but briefly, the 'unconscious' is totally hidden and must not be confused with the subconscious. The mind can be broken down into 5 components, as listed.

This is inborn energy, according to Freud. It motivates and enables survival - sex is a manifestation of it. Some people have more 'steam' than others and it is the libido that is dependant upon other factors, such as personality and activity.

The mind might be thought of as three parts:

Freud - 4. The Stages of Psychosexual Development

Ways to unconsciously protect ourselves through:

According to Freud, the overuse of the defence mechanism can lead to Fixation and Identification.

We have already explained repression above, but what do we mean by regression, displacement, sublimation, denial and projection?

Regression means we go back to an earlier stage to give us comfort.  For example, thumb sucking, food or something in our childhood that we found pleasurable.

In displacement, we divert our libido energy in other activities as a way of avoiding something that we don't want to do or can't do.

Sublimation is healthy displacement.  For example, going to the gym when you are angry as a release to stress.

Denial is a form of unacceptance of a situation or task.  This defence mechanism helps people to avoid the truth because it is too painful to believe it.

Projection is when you identify characteristics, traits and/or actions in others which are inherant within yourself.  You are projecting the truth of yourself onto others.

Freud suggested that all boys unconsciously go through a sequence of stages:

Much of Freud's ideas was based around sex as a base instinctual desire. The id, or unconsious desires, therefore, craves immediate satisfaction and has to be controlled consciously by the ego or superego. It is these dimensions that make us more civilized.

Freud was highly critised for his ideas on sex as a fundamental to behaviours, especially on his ideas that when boys grow up they are jelous of their father's relationship with their mothers. This was formed on the basis that they had developed bigger penises (penis envy) than that of the son. Freud pointed out that the son's wanted sex with their mothers. He also suggested that it was the same for daughters with their fathers. Termed the Oedipus and Electra complexes, these view points were and are still very contraversial!

Freud highlighted that this was a natural stage of development and, once the boy or girl resolves these feelings, they can begin to identify with the same sex parent.

It was through talking therapy that Freud formulated many of his ideas.

Patient's like Anna O, Little Hans and The Rat Man were all helped in order to combat their hysteria.

You can read more about these case studies by clicking on the links in the resource box.

Freud's methods cured many people despite his theories being just that - theories.

These methods, however, are used in psychiatry today but still prove contraversial and accused as being unscientific.

Many of Freud's followers took his ideas and developed their own theories from them. Carl Jung, particularly comes to mind.

The School Of Psycho Dynamic Therapy - The Anna Freud Centre

Was Freud Right? The Anna Freud Centre Created From Psychoanalysis.

Today, psychologists would refute Freud's ideas on sexuality, but would not shy away from the notion of the importance of identification with parental role models.

Indeed, it has been a long held thought that girls tend to identify as 'daddy's girls' and sons as 'mummy's boys'.

It is only later that, as the child develops into adulthood, that they identify with the same sex parent or nearest role model.

You could say that Freud may have been right in his observations in child development, but the psychological world may have over-emphasised the sexualisation of his ideas, either that or Freud really did over emphasise sex in the concept of psycho-dynamic theory.

Whatever, Freud's ideas of every thought, feeling and dream could be brought down to the lowest common denominator of sexual instinct really did divide the school of psycho-dynamic psychology.

But it did help to provide some of the foundations where counselling and therapy derive from today.

The Anna Freud Centre is the pioneering centre of excellence for psychoanalysis in child psychology. Anna Freud, the last born child of six from Sigmund and Martha Freud, and Melanie Klein contributed to the school of psycho-dynamic theory and therapy. This has had a marked effect on people's life's today, as is demonstrated in the clip.

Understanding human psychology is an immense task and there is no doubt that psycho dynamic theories has been forefront in these endeavors. 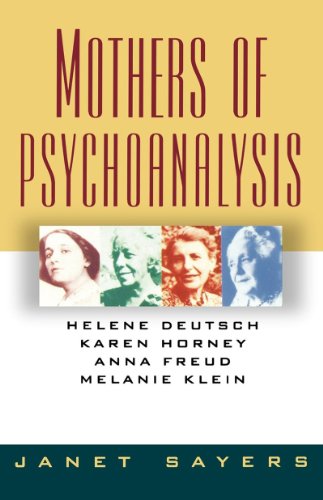 A Final Word On The School Of Psycho Dynamic Psychology

Although contraversial, Freud definitely contributed in a huge way to psychology today. Without him, there would be no school of psychodynamic psychology and many people would not benefit from it's practice. Talking therapies like counselling would not exist and many people could be locked in misery that would be deep rooted in their sub-conscious. In understanding our complexities, we can leave past traumas behind in an orderly fashion and move on in our lives. Thanks to the school of psycho dynamic perspectives, people have the chance to live a fulfilling and happy life.

The Basic Writings of Sigmund Freud (Psychopathology of Everyday Life, the Interpretation of Dreams, and Three Contributions To the Theory of Sex)
Buy Now