Carbohydrates are the important organic molecules in living organisms. They form the principle source of energy for the body. They constitute the basic component of our food. They are produced by the plants by photosynthesis. It is found that about 80% of the dry weight of the plant body is made up of carbohydrates.

They are the simplest sugars and cannot be hydrolysed into simpler compounds. The general formula is cnh2non. They are further classified on the basis of number of carbon atoms present in molecule.

Yield two molecules monosaccharides on hydrolysis. The general formula of a disaccharide is C12H22O11. They are mostly sugars and may be reducing or non reducing.

On hydrolysis they yield many monosaccharides and are non sugars. The general formula is (C6H10O5)x. 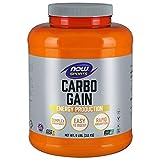 Those substances which are generally made up of aminosugars or their derivatives and uronic acid units, are known as mucopolysaccharides.

Are polymers of mono saccharide containing two to six molecules of simple sugars. Disaccharides are most abundant oligosaccharides found in cells.