The 1st April in the minds of most Midlands birders is known as 'BK' Day, on account of the fact that back on April Fools Day 2005 a mega rarity appeared in a small corner of Staffordshire near Cannock Chase. The Belted Kingsfisher, or 'BK' as it came to be known is native to North America, and is undoubtedly among the rarest of all birds to ever be recorded in the West Midlands region. Perhaps fortunately for me at the time, I was largely ignorant of any bird news services and was almost exclusively a local patch birder, so that day passed me by as I no doubt wandered around Earlswood Lakes (probably) in blissful ignorance.

However, from a personal point of view the 1st April will now take on a new meaning. For me, it will be known as 'Garganey Day', until I happen to find anything rarer that is. I had spent the morning exploring an area near Birmingham International Airport known as Castle Hills; it's essentially a small corridor of farmland tucked away deep in the West Midlands Conurbation, but it does hold a few special treats. Whinchat have been recorded there in recent years, and in 2016 a Firecrest was found close to the Farm that gives the area its name. On this occasion I was satisfied with my morning's birding after seeing both my first Sand Martins of the year, and a single Northern Wheatear in a horse paddock.

But what to do in the afternoon? I was actually tempted to go back to Castle Hills, but after a discussion with Paula we decided to head instead to Earlswood Lakes. I've always counted Earlswood as a sort of local patch; a home away from home if you like. I've been visiting it since I was a child, and over the years have seen some fantastic birds including Night Heron, Firecrest and Grey Phalarope; but I have never managed to find a rarity myself, excluding a drake Red-breasted Merganser way back in 2003. That particular bird though had already been found and reported by another birder on news services (a fact that I wouldn't learn until years later) but I managed to find it independently, so was quietly pleased with myself. At that time I simply noted it down, ticked it as a 'lifer' and moved on smiling to myself.

Fifteen years later, Paula and I arrived at the Lakes ready for an afternoon of relaxation. Getting to Earlswood is usually an easy jaunt southwards on the M42. However, a quick glance from atop a roundabout just outside of Solihull at a gridlocked Motorway forced a quick change of mind and a diversion through Knowle and Lapworth. That part of the journey was easy, but as we neared The Reservoir Pub I noticed that Valley Road was closed for maintenance, so had to make another diversion, instead heading down Springbrook Lane and finally pitching up in Malthouse Lane Car Park.

Where are Earlswood Lakes? 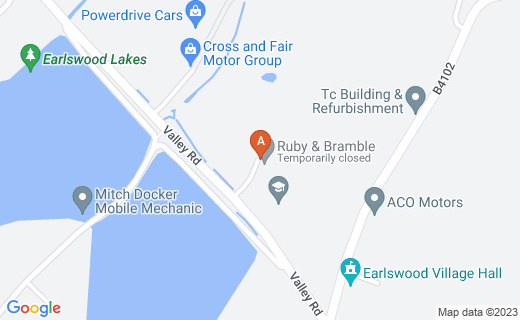 Once out of the car and onto the Lakes themselves a whole range of options present themselves to any visiting birder. You can either turn left and begin your walk around the pretty and secluded Terry’s Pool, or you can turn right and walk around what I call the ’Busy Lake’ otherwise known as Engine Pool. I gave it my own name on account that most of the wildfowl at Earlswood congregates there. Alternatively you can cross the bridge that separates both pools and start your walk that way. However, I’m a stickler for routine and so whenever I park at Malthouse Lane, I always turn left first and start my walk by admiring the ’almost’ natural beauty of Terry’s Pool. Terry’s is the only one of the three pools at Earlswood where fishing is prohibited, and thus most of the shoreline is obscured by at times thick vegetation. The southern and western shoreline are flanked by trees that have spilled over from nearby New Fallings Coppice.

There are gaps though in the cover that offer any birder a chance to scan the pool for anything interesting, and at the first of these gaps I took the opportunity to scan a small island for anything lurking. At first I saw the usual Mallards, Tufted Ducks and a Great Crested Grebe that had set up a nest there. Then my attention was diverted to two small duck like shapes resting close to the vegetation. Even before raising my binoculars, I could tell that they were far too small to be Mallards, so when I trained my bins on them I was astonished to find that they were a pair of Garganeys- a male and female.

Garganey’s are a pretty but often overlooked species of duck. They are the only duck that visits Britain as a summer migrant, although they only breed in scattered locations across the country. Most of the birds that visit these shores are non-breeding individuals. Garganeys do breed far more widely in Europe, particularly France, northern and Eastern Europe.

At this juncture, I didn’t know whether to whoop for joy, high five Paula or simply scream out loud. Instead I simply walked towards Paula, trying to remain as calm as possible. I asked:

“In your bag dear,” she replied with a grin.

Of course it is you fool, I said to myself. Paula then asked me what I’d seen and I quickly showed her the birds through my bins, before going on to explain the significance of the sighting. I quickly fished out the camera and reeled off a few half decent shots to authenticate the sighting. Then, within a few minutes I put the news out via social media by tagging a few individuals who would be very interested in the sighting.

What happens now?” asked Paula. I shrugged, struggling to think, before saying the first word that came to mind. “Pandemonium!” Within a few minutes, my phone lit up with likes, retweets and exclaimations of disbelief from other Earlswood birders, who no doubt needed it for their patch list. For me, it was a year tick, an Earlswood tick and the first proper local rarity that I’d ever found there, I was as pleased as punch.

Just a few minutes later, I managed to secure a second Earlswood tick of the day by catching up with a pretty male Brambling that had first been sighted earlier in the day by local birder Janet James and photographed by John Oates. Unfortunately, I wasn’t able to photograph the bird myself, but just seeing it made the smile on my face even broader. Before we had even completed our walk around Terry’s Pool we encountered the first beneficiary of my find. I had tagged local birder John Sirrett when I'd put news out and he had made the short journey from his home in Solihull to look at the bird. I managed to put him onto it and also informed him of the Brambling before saying our farewells. Before we'd completed the circuit of Engine, another local birder, John Oates messaged to thank me for the news and to say that he managed to see the Garagneys' after completing a mad dash from the centre of Solihull.

As my phone continued to ping with constant likes and retweets, we completed the walk around Engine Pool, then moved along the causeway to walk around the sailing pool, otherwise known as Windmill Pool. Windmill is normally the quieter of the three pools in terms of bird life, but I did manage to pick up a single Barn Swallow that flew over at a little after 6. In all honesty though, my mind was in a little bit of daze. It’s been a long time since I’ve been able to claim two Earlswood ticks in one day. Moreover, I was distracted by continuous correspondence with local birders, including the main Earlswood bird recorder Matt Griffiths, who was en route to the Lakes from work. I promised to take a second look for him, just to make sure that his journey wasn’t in vain.

Just before half past 6, I was back on Terry’s Pool in the very same spot where I’d originally found the Garganeys’, but to my utter dismay they weren’t there. Could they have moved on so quickly? I moved onto the next available gap in the trees, but still had no joy. Eventually I retraced my steps and decided to see if I could see them from the bridge that separates Terry’s and Engine Pool. After a nervy few moments, I managed to relocate the male who had now woken from his slumber and was happily foraging in among the vegetation on the island. Satisfied with the view, I made the short walk back to the car at Malthouse Lane, where I would bump into Matt himself, who had just arrived. It was nice to finally meet the main Earlswood bird recorder himself, and after a brief chat, I left him to enjoy the bird in peace. Little did I know that the Garganey pair on Terry’s would only be the beginning.

A Couple of Useful Links