Yesterday evening (26/08/17) upon my return from a successful Stilt Sandpiper twitch at Frampton Marsh. A report came through of a juvenile Marbled Duck that had appeared at a body of water known as Camp Lane Pits, near the village of Grimley in rural Worcestershire. Normally, when such a report comes through, I dismiss it as an escapee. However, this particular bird was un-ringed, wary and unwilling to come too close to human observers. Furthermore, as a juvenile the timing of its appearance couldn't have been more perfect. This is the time of a year when many young Wildfowl are dispersing from their nest sites to find homes of their own. In my mind at least it seemed perfectly plausible that a bird, native to southern Spain, albeit in small numbers could have found its way to Worcestershire. Even so, upon digesting the report, the rational part of my brain told me that there was very little chance of this bird being accepted as wild.

Marbled Ducks you see, are a popular feature of private wildfowl collections, and apparently even captive individuals can be wary. Even so, a bird of captive origins would surely possess a ring of some sort. I decided to take the gamble and pay this bird and Grimley a visit.

The day of the trip didn't start off particularly well. As I went about my usual morning task of feeding the garden birds. I was alarmed to discover an injured Feral Pigeon cowering behind the garden door. It was in a bad way with a sizeable chunk of its left wing missing. My next door neighbour keeps Pigeons, so my initial thought was that it was one of his that had perhaps been attacked by either a Cat or Raptor. He had a look at the bird and informed me that it definitely wasn't his, and also it had likely been injured either by a Sparrowhawk or Peregrine Falcon. With a grave look on his face, he affirmed that the best thing I could was to put it out of its misery. He did suggest taking it to a local rescue centre though, to see what they could do. I wanted to save the bird, so I went for the latter option.

However, upon arrival at the rescue center, I was dismayed to find it closed due to ‘unforeseen circumstances’. Struggling to think of alternative options, I opened up the box to check on the bird. It was drifting in and out of consciousness, getting weaker and weaker. In a flash, I remembered that there was another rescue center a few miles, so made my way there with great haste. However, the staff there informed that they tend to deal more with re-homing pets as they have no vets on site. Furthermore, they reiterated what my neighbor had said about putting the bird out of its misery. I was out of options now, there was no way I could look after it at home, so I had no alternative but to simply find a quiet spot and simply release it so it could die peacefully. With a heavy heart, I left the poor bird to its fate. 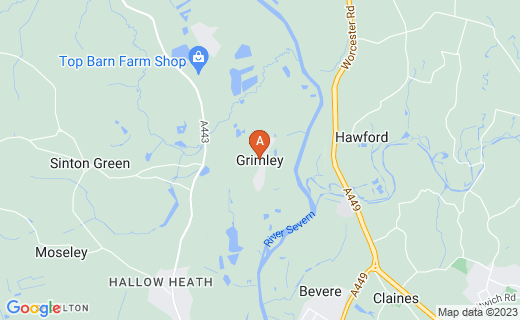 As I prepared for the trip to Grimley, I kept reassuring myself that I tried my best for the Pigeon, but it failed to have the desired effect. Even so, the company of my girlfriend, her dog and my Jack Russell did raise my spirits a little bit. Piling into her car, we all set off in search of the Marbled Duck.

Getting to Grimley itself is fairly routine. Just a short venture southwards from Birmingham down the M5 before veering off towards Droitwich, and then following the A4133 towards Holt Fleet and then making a left down the A443 towards Grimley. The village itself is little known in wider circles, but to Midlands birders its well known for its two sets of gravel pits located at opposite ends of the village. At the north end lie the Wagon Wheel Lane Pits, so named after a local pub. Last year, I paid the Wagon Wheel Lane Pits a visit after hearing reports of an American Wigeon that had set up home there. At the opposite end of the village, in the south lie the Camp Lane Pits, so named after the adjacent single track road.

Upon entering the village, we turned left at a T-junction, which took us down Camp Lane, past the pits towards The Camp House Inn. A quaint looking place, complete with locals sat outside all directing their glares at us, as I removed my telescope from the car. Walking north back up the road, we bumped into another birder who kindly gave us precise instructions of where exactly the bird was. As the road wound round to the right, we passed through a gate, into a field, and there they were, Camp Lane Pools right in front of us. On the opposite side to us, we spied a group of birders, so elected to head towards them.

About halfway round though, we lost sight of the path due to the fact that much of the vegetation was overgrown. So I offered to scout ahead and get a sense of the lie of the land. As I turned back, I heard my girlfriend shouting my name over and over again. My dog, Marley had inadvertently disturbed a Wasp nest and all hell broke loose. Before I knew what was happening dozens of Wasps were stinging my girlfriend, our two dogs and a couple even got me, as I tried to swat them away. We did eventually manage to escape the swarm, but the incident had left us shaken and I offered to abandon the trip, as I was especially worried about my girlfriend. She didn’t look very well, and neither did her dog.

However, after a brief rest she seemed to determine to push on, and after a dip in a nearby stream, both dogs seemed restored to full health. We wandered down a causeway towards the group of birders we had seen earlier. But I decided to keep my distance, purely because we had the dogs with us and did not wish to cause any disturbance. It was only now, that I was able to fully appreciate the diversity of bird life at the Pools, with Sand Martins darting about low over our heads, a parade of Great Cormorants all perched on a half submerged fence and a number of Little Egrets foraging close to the reed-beds. I manage to locate the Marbled Duck on the far side, foraging peacefully close to a Common Snipe, but in my rather confused and disorientated state, I then lost site of the bird and when I thought I’d relocated it for a photo, I was instead looking at a Eurasian Teal. I wouldn’t realize my error until later, when I posted some pictures on Twitter and a couple of birders correctly pointed it out.

All birders make mistakes at times when it comes to ID, even so you cannot help but feel slightly embarrassed whenever you make one, especially concerning a common species like an Eurasian Teal. I couldn’t help but appreciate the irony that not so long ago I had successfully picked out a rare Green-winged Teal from in among a flock of Eurasian Teals. What seemed particularly embarrassing about this incident was that I had initially correctly identified the Marbled Duck, only then to mistaken it for an Eurasian Teal when I tried to relocate it for a photo. Upon reflection, given what had happened en route, and the emotional state we were in, I should have abandoned the trip. My girlfriend had had a full on panic attack whilst under the swarm, and concern for her health overshadowed any enjoyment of the bird I could have had.

We didn’t stay for long and still feeling rather shaken and disorientated we trudged back to the car. I offered to drive back, just so my girlfriend and the dogs could rest. Once home, there was plenty of Anthisan available to treat the stings, and fortunately they weren’t as bad as first feared. Even so, I reflected upon what had been a unusual day, the likes of which we hopefully won’t have to experience too often.