The Shustoke Red-breasted Merganser (a female) had first been reported on the 21st February 2019 and ordinarily the news of a coastal bird at an inland sight would raise a few eyebrows or even encourage a few local birders to make a trip to see it; especially those who may need the bird for their year list. However, admittedly there was just one piece of news that was dominating the birding world on this particular weekend. A mega bird had appeared far up in the Shetland Isles- a Tengmalm's Owl, the first of its kind recorded there for over 100 years. It would be a bird that would cause a great deal of euphoria, frustration and even friction among the birding community.

But I digress; despite the excitement that I felt, I knew straight away that a trip up to Shetland was not feasible for me due to time and money, so I had to be content with being a mere spectator. Still, the news of a regional rarity at Shustoke Reservoir actually warmed my heart a great deal. Shustoke lies at the southern end of 6 miles of a complex mosaic of pools, marsh and grassland known to birders as the Middle Tame Valley so named after the River Tame that flows through it. Within the Valley are some of the best birding sites in the whole of the Midlands including the superb RSPB reserve at Middleton Lakes. Shustoke on the other hand is an often forgotten and under-watched corner of the Midlands, despite the fact they every now and then it does attracts local rarities such as Great White Egret, Greater Scaup, Common Scoter, Black Tern and Arctic Tern. The news of a rarity there on this occasion felt almost like a score for the underdog, a brief moment in the limelight, which for me, as a natural champion of David when pitted against Goliath felt very satisfying.

The Reservoir itself covers an area of roughly 100 acres with a steeply, shelving, concrete-lined shoreline surrounded by grassy banks. The River Bourne flows close to the northern shore and is flanked by a riparian forest mostly consisting of conifers and alder trees. The Reservoir is primarily used for sailing by the local club, whilst fishing occurs primarily on the smaller adjacent pool. As a result, coupled with the fact that the public have full access around the embankments wildlife is subject to a fair bit of disturbance, but it does act as a vital refuge for any passing migrants, especially wildfowl. 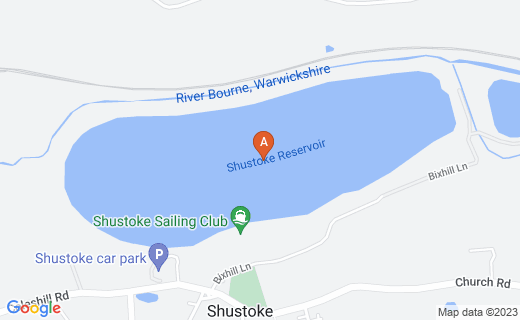 After a morning spent exploring the ecological wonderland that is Moseley Bog and keeping up to speed with events in Shetland, Paula and I along with the two dogs made the short hop into Warwickshire to catch up with the bird.

It was a beautiful, sunny and unseasonably warm Saturday afternoon in the heart of England. Indeed the whole of the UK is at the time of writing experiencing temperatures that are double than the average expected at this time of year. There are parts of Northern Wales that have managed to creep above 20 degrees Celsius- those sort of temperatures aren't generally expected until the end of April at least. Rest assured though, we keep being reassured that temperatures will return to normal fairly soon, so I've yet to confine my winter clothing to the closet for another year. I also keep reminding myself that in March 2018, the UK experienced 'The Beast from the East' a massive cold front that blanketed the landscape in snow and ice right up until the beginning of April.

As expected, the car park upon arrival was busy, although it had been a fair while since I'd seen it this busy. I couldn't see any other birders though, just families out enjoying the weather. After loading up my bag and whipping out my binoculars and camera, we commenced the rather gentle circular route around the Reservoir. I did shudder slightly at the sheer numbers of people, and a part of me acknowledged that the bird had more than likely moved on, especially after an initial scan failed to pick it up. Both our dogs are small, so are therefore more easily startled by loud noises and objects moving swiftly past them. Marley, in particular was startled by half dozen bicycles that tore past us at great speed. Whilst Eddie struggled with the number of loose running dogs that showed an interest in him. He's not a particularly social dog and tends to try and flee from unwanted attention, so to say it was a challenging walk was an understatement. On a couple of occasions we simply stopped and allowed crowds of people to walk past as both dogs became increasingly uncomfortable.

As we reached the northern shore I tried for another scan, looking left and right and towards the sailing club where the relatively undisturbed shoreline sometimes attracts waders such as Common Sandpiper and Little Ringed Plover. My attention though was diverted to the middle of the Reservoir by a long bodied slim diving duck with a reddish-brown head and grey body. The bill was rather narrow, especially at the base, and the back of its head was characterised by a rather shaggy like crest, giving it a distinct punk like appearance. This was a female Red-breasted Merganser, a close relative of the more common Goosander (Common Merganser). Goosanders are a regular sight up and down the UK during the winter, but their slimmer cousins are primarily a coastal species, only appearing inland as a vagrant. I was mightily relieved that the bird was still here and fortunately it seemed unperturbed by the volume of human visitors.

After taking the time to admire the bird and reel off a few photos, we retreated down the embankment and took refuge from the crowds in amongst the alders along the River Bourne. A conveniently placed log acted as a makeshift bench, as we enjoyed a cup of tea and some light refreshment. As we observed the streams of people moving past, I heard a familiar loud, shrill, piping call from high overhead. Craning my neck upwards, I made out the unmistakable form of an Eurasian Oystercatcher as it flew towards the nearby private reserve at Ladywalk. I also noted a number of Great Cormorant heading in the same direction. A Common Buzzard uttered its mewling call from high above, although it remained hidden from the view, whilst the riparian forest echoed to the sounds of familiar characters such as European Robin, Eurasian Wren, Song Thrush and Blue and Great Tits.

Normally on any given trip to Shustoke, we simply walk around the main reservoir, but on this occasion we decided to include a rare walk around the Angling Pool. Usually a walk around the Angling Pool is ruled out due to the impending twilight of dusk, but the days are getting longer and longer, so we decided to extend our walk slightly. We crossed the rather rickety metal bridge that passes over the River Bourne before crossing a more conventional stone bridge a few hundred yards away. The trail then saw us follow the railway line for a short while before we dived back into a mixed coniferous/deciduous woodland, before finally completing our circuit of the pool. Unfortunately its not possible to get close views of the bird life on the Pool due to it being private property. There were signs everywhere reminding us that this pool and the surrounding fenced off area was the sole property of Shustoke Fly Fishers and 'Trespassers will be Prosecuted'.

On the Pool I noted a pair of Gadwall along with the usual Mallards and Tufted Ducks. However, there were also 12 Common Pochard present. There was a 50/50 split between the sexes and to me it looked as though they were preparing to move on. They certainly weren't loafing unlike their Tufted Duck cousins. I caught sight of one of the beautiful males looking resplendent in full breeding plumage, complete with rusty red head, black breast and grey body. The females on the other hand were yellowish brown with a dark crown and blotchy cheeks. Paula and I watched them for a few minutes before they all suddenly rose as one and flew across towards the main reservoir. Many birds use the smaller pool as a vital refuge when the main reservoir becomes overly busy with people and dogs. Now, with the light beginning to fade, the Pochards had deemed it safe enough to return to their usual haunt.

It's rare for me to see Pochard in flight, so the views of them rising as one left me feeling very satisfied . With dusk fast approaching, Paula, myself and the two dogs quickly completed the full circuit of the Reservoir and headed home. At the time, I'd assumed that the Red-breasted Merganser was a valuable year tick but it turned out that I'd already recorded them at Gibraltar Point nearly two weeks ago. That's the value of written records right there- they help jog the memory. What I was certain of though, was that it was the first bird I'd seen in my home region since I saw a female bird at Chasewater, Staffordshire on the 18th December 2016.

A Tour Of Shustoke Reservoir