The Tank Museum, located in Bovington in Dorset, England, houses arguably the world's finest collection of tanks and armoured vehicles.

Located at the Bovington camp, the site was once home of the Heavy Branch Machine Gun Corps. This was the title of the first unit to use tanks, which joined the combat of the First World War in August 1916.

The Tank Museum is home to over 300 vehicles including "Little Willie" (the world's first ever tank), the modern Challenger 2, and the dreaded Tiger.

Every machine has seen action in the wars of the 20th Century, so it is no surprise to find that each one has a story to tell. It just so happens that one of these, is a ghost story.

World War II (1939-1945) saw fierce fighting around much of Europe and north Africa. On 21st April, 1943, during Tunisia's Battle of Longstop Hill, the British tanks of the 38th Royal Tank Regiment were out in force on Djebel Djaffa fighting against German forces. The Churchill tanks of A Squadron helped to capture a dreaded German Tiger tank, something that had never been done before.

With three shots, Tiger 131 was brought to a halt. One shot flew straight down the Tiger's gun barrel, ricocheting into its turret ring. The gun was jammed, the driver and front gunner were injured, and the radio was destroyed. The second shot hit the turret's lifting lug which made it impossible to manoeuvre the gun, whilst a third hit the loader's hatch and sent fragments into the turret.

The vehicle was still intact and driveable, and provided a rare opportunity to study such a machine. The first captured enemy tank in such good condition. Known to the Germans who built it as a "Panzerkampfwagen Tiger Aus E", Tiger 131 was brought back to Bovington.

"Over the years, stories have circulated of unusual goings-on inside the museum with sightings of ghostly figures, mysterious footsteps and tales of staff reporting an uncomfortable feeling of being watched."

After time, Bovington became a museum and its collection grew. As the number of vehicles grew, as did the number of stories. Objects moving, things going bump, and shadowy figures had been seen about the place.

In 2005, Paranormal Tours spent a night at Bovington Museum to investigate reports of hauntings. When interviewed by the Bournemouth Daily Echo, Museum spokesman Nik Wyness explained that,

"Over the years, stories have circulated of unusual goings-on inside the museum with sightings of ghostly figures, mysterious footsteps and tales of staff reporting an uncomfortable feeling of being watched. So to some, the idea that the museum may be haunted is not an unusual one at all." [1]

Subsequent visits by paranormal investigation groups spending the night at The Tank Museum have seen some activity. Witnesses have seen orbs moving around the collection, and flashes of blue light have also been sighted.

"...at dead of night, a gory, ghostly hand has been seen groping out of the turret, accompanied by blood-curdling groans from the tank's innards."

"When the tank was brought to Bovington, the body of a German soldier was found inside. Since then, at dead of night, a gory, ghostly hand has been seen groping out of the turret, accompanied by blood-curdling groans from the tank's innards." [2]

The ghost, not surprisingly, was dubbed "Herman the German", named after the leader of a Germanian tribe who revolted against the Romans.

More spooky sightings associated with Tiger 131 centre around a shadowy figure dressed in World War II German military uniform. This phantom was once seen looking at Tiger 131 through the museum's windows, and rumours spread that this was the ghost of one of the tank's former occupants.

The Bournemouth Echo writes that:

"One enduring story is of a grey figure believed to be that of a German officer, who is said to wander the museum floor at night. Sightings were reported so frequently that the figure has become affectionately known as "Herman the German"." [1]

But how legitimate are the stories of Herman's paranormal adventures?

Former staff have since claimed that Herman was an invention designed to keep mischievous youngsters away from the museum at night.

One such account comes from the Dorset Echo, reporting on how an instruction plate from Tiger 131 was returned anonymously to the museum, 40 years after it went missing. The accompanying letter explained;

“In the late sixties I was a member of the Junior Leaders Regiment RAC and remembered obtaining an instruction plaque from inside Tiger 131. Recently while clearing my loft I found the plaque. I collected cap badges and memorabilia while I was at Bovington and I bought this off one of the lads.” [3]

The Junior Leaders Regiment was based across the road from the museum in the 1960s. Its role was to recruit and train school leavers prior to their joining the regular army as Non-Commissioned Officers.

Dares would have been common among this group of bored young men, and it was not uncommon for them to illicitly gain access to Bovington.

“So the story goes, it was a previous curator who invented the story of ‘Herman the German’ – the ghost who haunted The Tiger Tank – in order to keep the boys away from the museum at night.” [3]

This may well have been a good ploy to keep the young would-be officers out at night, but the sightings still continue.

Nik Wyness, museum spokesman added this somber thought for us to mull over:

"The museum is full of machines that were designed for war and have witnessed some of the most distressing and testing human experiences that it is possible to imagine. Each one has a story, and so many carry the visible scars of battle that we can only speculate on the fate of their occupants. That is the reality of any museum that features the weapons and machines of war." [1]

So what happened to the German tank crew?

According to Bob Carruthers, writing in "Tiger I in Combat", the crew bailed out shortly after Tiger 131 was damaged. They took their wounded with them, and left the knocked-out tank behind them [4]. Whether they survived the Battle of Longstop Hill, history does not tell.

So is it possible for one of their phantoms to haunt the war machine? It is quite likely that legends have grown around the vehicle as the years have passed. Whether Tiger 131 is haunted or not, the combat of World War Two will haunt all those that lived through it.

Opening Hours:
The Tank Museum is open daily from 10.00 - 17.00, including Bank Holidays. The museum is closed on Christmas Eve, Christmas Day and Boxing Day.

Visit the museum's website for details of live events and special exhibitions.

Admission Charges:
The museum does charge for admission, with prices available from their website. A season ticket gives superb value for money if you plan on returning in the same year. The Museum offers a discount to current serving members of Her Majesty's Armed forces.

Facilities:
The museum caters for all levels of mobility, and is family friendly with a children's play area, and toilets with changing facilities. Car parking available on site. The museum has a shop with a great range of items for fans of military vehicles, and an ample restaurant and cafe. Dogs are not permitted. 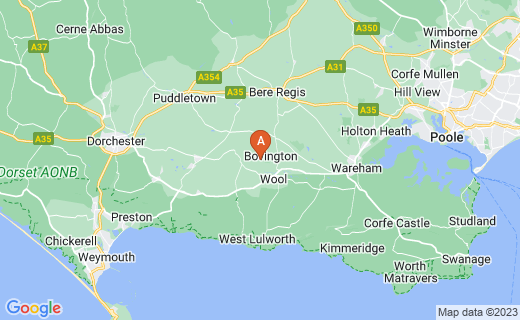 The Tank Museum is located in Bovington, Dorset, just a short drive from the popular seaside towns of Weymouth and Bournemouth. 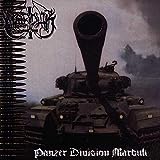