It may now be possible to bring back extinct species by cloning dead specimens, and growing them in the wombs of similar or related animals.

Not long ago, the idea of cloning extinct animals sounded like science fiction. Films like Jurassic Park, made it seem plausible, but science was far behind the special effects, and the only rebuilt Dinosaur species existed on the movie screen. But now advances in cloning technology promise to turn science fiction into reality and make it possible to clone extinct animals such as mammoths or even, one day, dinosaurs.

Cloning is the process of creating an identical copy of an oragnism or part of an organism. There are many different types of cloning and cloning techniques. Of interest here is the method called reproductive cloning which uses "somatic cell nuclear transfer" (SCNT) to create animals that are genetically identical. In this process, genetic material (namely the nucleus of a cell) from the animal that is being copied is transferred into an egg of a female mammal.

The egg is not fertilized in the normal way, in that no spermatazoa enter the egg. However, the egg begins to divide as if it had been fertilized, and reproduces the DNA of the copied animal. The egg is then implanted into the womb of a surrogate mother and grows into a fetus and eventually an identical baby copy of the original animal.

Cloning an animal is very difficult. The first cloned mammal (there may have been an earlier successful cloning of a fish and a tadpole in China) was Dolly the Sheep. This success came after many failures. Most attempts to fertilize eggs through the cloning process failed to produce a pregnancy, and of the eggs that were fertilized most ended in miscarriages. The scientific team that produced the Dolly, first cloned sheep, reported that it took 277 eggs to produce 29 sheep embryos; of these only three survived until birth, and only one of these three - Dolly - lived for any length of time after birth.

Despite these difficulties, the cloning of Dolly the Sheep proved that genetic material from an adult cell could be used to grow an identical copy, or clone, of the entire organism.

Every time that a species dies, an important piece of our environment and our world dies with it. But science offers the hope of bringing some of these species back from extinction by using genes taken from the tissues of dead animals to grow new animals.

Several attempts have been made to regrow dead and extinct animals, so far with little success. The holy grail of extinct species cloning would be to bring back to life a dinosaur or a prehistoric animal such as a mamoth. So far, extracting DNA from fossilized dinosaur bones has proved difficult. But obtaining viable DNA from mammoth caracasses looks more promising since many mammoths have been found frozen virtually intact in the Siberian permafrost.

However, attempts to extract intact DNA from the frozen bodies of Wooly Mamoths found in the Russian trundra have so far proved unsuccessful. There is currently a joint Russian - Japanese project working on the project. If DNA is extracted it would be inserted into the egg of a large mammal such as a cow or an elephant in the hopes that the surrogate mother could carry the baby mammoth to term. 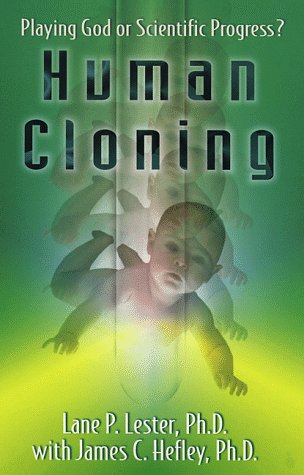 There have also been attempts to clone a Tasmanian Tiger, which has been extinct for 65 years, but it was found that the DNA from the stuffed museum specimens that still exist had degraded too badly to create a viable fetus.

Now, scientists are taking steps to collect and preserve tissue from endangered animals in order to attempt clone them in the future, once the technology improves. When the last Pyrenan Ibex died, tissue samples were frozen immediately in the hopes of recreating the species at a later date.

A number of so-called frozen zoos now store genetic material from endangered species. The zoos are cryogenic facilities in which tissue, eggs, and sperm from threatened species are stored for later cloning or use in reproduction programs using artificial insemination. Two of the main facilities are the Frozen Zoo at the San Diego Zoo and the Audubon Center for Research of Endangered Species. Both of these gene banks may one day furnish the DNA needed to bring species back from oblivion.

Can We Clone Extinct Animals Such as Dinosaurs or Mammoths

Bringing dinosaurs or prehistoric mammoths back to life would be amazing. But so far the only successful clones have been of living animals. The reason is that in order for a clone to be successful the "seed" DNA implanted into the host egg must be intact. If it is damaged, the DNA will lack important information needed to make the egg develop into a complete organism.

While DNA has been recovered from mammoth caracasses and attempts have been made to harvest dinosaur DNA, the samples that have been recovered so far have been too degraded to be useful. The fact that the dead animal is thousands of years old (or millions in the case of dinosaurs) means that the genetic material has been exposed to many decomposing factors such as weather, bacteria, and time. So far, our cloning technology has not advanced to the point where we can collect enough DNA to pull off the holy grail of cloning: bring a species into the world that no human being has seen within recorded history. Such an achievement would be a triumph for science and teach us a great deal about evolution and the development of species. Just think what we could learn if we had a living dinosaur to study!

The successes that have been achieved so far point to a bright future for cloning and hope for restoring lost species.

What do you think? Should we tamper with Mother Nature? What are some of the risks and benefist of re-introducing species that have not been part of the environment for thousands or even millions of years?

Could cloning extinct species bring back unwanted diseases or parasites that might threaten the existence of modern species?

Should We Do It?

Just because we may be able to clone extinct animals and bring a species back to life, doesn't mean that we should do it? Would we be playing god and undermining the balance of nature? After all, there is a reason that these animals became extinct and most of these creatures, such as dinosaurs and giant reptiles no longer have any place in the current environment. It is possible that they might escape and cause havoc.

But a more likely scenario is that any extinct animal which is successfully brought back to life, especially something as exotic as a dinosaur, would be exhibited in a sort of modern day freak show and spend the rest of its life in a cage surrounded by gawking school children. After all, pure science costs money and no one wants to invest in these technologies without the hope of a pay off.

It would be sad indeed to see a proud T-rex pacing a tiny zoo enclosure, while humans - something foreign to its species - take pictures of it and make funny noises trying to imitate its calls to other dinosaurs, who have not existed on this planet for millions of years.

Join This Author's Fan Club and Be Notified When New Articles Are Published.

Read More Hubs by This Author