Phylum Bryophyte contains a group of broad nonvascular chlorophyll-bearing plants which are hard to determine because of its dwindle size. There are almost 22,000 species of bryophytes that usually grow on tree trunks, rocks and in moist-areas of soil. The name was actually derived from the Greek word Bryon which means moss and Phyton for the plant.

Historically, these phyla were accounted to be a monophyletic group and were placed in an inclusive Bryophyta. Some species are aquatic though some can adapt and live in arid regions. Bryophytes size ranges from microscopic to 12 inches in length, the average size is between 0.5 – 2 inches long and colors vary from green to black and sometimes colorless.

There are three classes of bryophytes and these following plants are representative of each class. 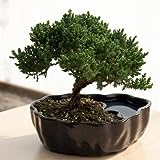 Bryophytes differ from higher plant which we are more familiar with because of its manner in which substance are transported from one part to another. In higher plants like angiosperm or flowering plants they contain specialized structures for conducting water and absorb food. Xylem Tracheids is a very fine tube where water and dissolved minerals travel from the roots to the leaves. In Phloem cells, the dissolved food travels from the leaves to the rest of the plant body. This plant parts; the xylem and phloem are called vascular tissue.

While bryophytes, does not have xylem and phloem, which are known to be special structures. Substances such as water and dissolved minerals are simply move and diffuse from cell to cell. They are commonly small plants and those with longer stems are infrequently longer than eight centimeters. But not like algae and fungi, bryophytes have a structure that looks like leaves, stems and roots.

Like for example, common moss plant has a stem-like structure which is rigid and firm; it has radically arrange leaf like structures which consist of one layer of cells and a thick midrib; and it has a tuft of root-like rhizoids which anchor it to the soil, tree trunks, stone walls or rocks. These structures differ from the true stems, leaves and roots of higher plants in that they do not have xylem and phloem tissues.

It is believed that the absence of vascular tissue accounts or the fact that bryophytes are small plants and the stem-like structures rarely rise higher than 10 cm above the ground.

One distinctive characteristic of bryophytes is that it has a different life cycle than other plant groups. By means of “life cycle” it undergoes events from the time a moss spore germinates to the time the plant produces new spores, and which involves an alternation of sexual and asexual reproduction.

The asexual phase includes the following;

Bryophytes plays a vital role in the biosphere even they are small in size. As a biotic factor in the environment, they provide food for numerous herbivorous birds and animals. They prevent soil erosion by carpeting the soil.

Bryophytes cause the outer portion of rock to slowly crumble as they grow with lichens on rock surfaces. And because of it they contribute and help to soil formation. When mixed with the soil, bryophytes increase the water-holding capacity of the soil and the amount of organic matter in the soil.

Some bryophytes like sphagnum or peat moss has some economic importance. It is used as packing material for breakable or fragile objects such as figurines and dinnerware’s. It is also used as packing materials for transporting plants and plant parts, since Sphagnum holds water and hence prevent plants from drying during transport. As a whole, bryophytes are of little economic importance to man.

Related Articles that you can also read:

Are you familiar of Bryophytes?