American Bison are No Longer Endangered

During the 2010s, American Bison were removed from the Endangered Species list in America. In fact, their numbers grew so large, than annually culling to thin herds became necessary in the eyes of the US Federal and some State Governments.

The Great American Bison (plains bison) is no longer an endangered species in the USA. The wood bison from the Eastern Woodlands of USA disappeared along with many natives during the Indian Removals to the West, but about 3,000 in one herd live in Alberta and Northwest Territories, Canada.

Zoos and ranchers across the nation have done the good work of breeding new members of the species and increasing the herd sizes coast to coast. Domino's Pizza Headquarters in Michigan even has a herd running on its large green spaces along Interstate I-75 and Route 23.

In Central Ohio, Busch Breweries owned a herd of bison and a group of gazelles for decades before selling them off to people who could better take care of them. Also, people in cars on the nearby Interstate I-71 were slowing down to catch a glimpse of them, congesting traffic even further than it was already jammed during rush hours.

A "buffalo jump" is a slang term for running bison over a cliff in order to harvest a large number of animals at once to prepare for harsh winters.Indigenous peoples did not consume more animals than they needed.

Euro-American settlers, some of my own ancestors witnessing them as they passed through - watched the jumping the proceedings. They copied the event, but did over-consume the American Buffalo in larger "jumps." They also used horses and rifles to chase and kill off huge numbers of the animals, mostly for their hides and horns, leaving the carcasses to rot on the plains. The non-native settlers were responsible for the demise of the bison and its placement on the Endangered Species List.

A positive element to buffalo jumps was the introduction of the horse to the Great Plains by Spaniards in the ;ate 1400s and early 1500s. While some men ran on foot to drive the buffalo onward, a few others drove the herd on horseback.

Native North Americans in the far western parts of Canada and the US used the jumps to sustain very large bands of people groups. The women and children erected tents and sat on the ground below the cliffs used for the jumping, living there for several weeks in order to process the harvested wild livestock. The area smelled bad, but they eventually cleaned the area and alleviated the stench. For their hard labors, they garnered hundreds of pounds of meat for the winter, clothing, moccasins, new tools and sewing implements made from bone and horn, and even some new weapons for hunting and survival.

How did the Native North Americans herd bison off a cliff? -- By herding them on horses originally brought to America by the Spanish and by using Spanish, French, and American whites' rifles received in trade for bison hides.

Women and children living at the bottom of the jumping cliffs processed and preserved meat (including jerky and a type of western pemmican), sinew (for sewing), hides (for clothing and blankets), organs and blood (for food and ceremonies), and finally, bones and horns (for tools, weapons, jewelry, and cooking implements). One of the ceremonies mentioned was a thanksgiving to the bison herd for giving their lives to support humans.

Leftover bones and meat scraps were enjoyed by carrion-eaters. Canadian and American indigenous people began to leave mounds of bison skulls for the local Euro-American settlers to grind into fertilizer for crops.

Along the US East Coast, you can see large mounds of sea shells left over from many centuries of native meals, but in the West, the bison bones could be ground to fertilizer and nearly all of them were used.

A Dangerous and Messy Job

Imagine sitting at the bottom of a cliff for three months with your young children, processing the huge buffalo that ran over that cliff and fell to the ground with a crash only several yards in front of you. This was hard work, and injuries occurred. The job would make the Most Dangerous Jobs List of today.

In Ohio, Ontario Province, and the rest of the Eastern Woodlands, my ancestors harvested deer before winter for centuries, and did not over-harvest the deer. However, these lands once ran with bison herds, hunted to extinction by settlers, a few remaining herd members migrating to the Great Plains. Bison in the East weer gone long before Ohio became a state in 1803.

Like the bison, so many deer have proliferated in Ohio during the 2010s that an extra hunting season for culling them annually was instituted by law through by the Ohio Department of Natural Resources. Happily, the deer meat is given to our food banks and soup kitchens for feeding the homeless.

Largest Buffalo Jumps are in Canada

Russian defector Ayn Rand infamously taught Americans that the indigenous populations "do not serve to have the land just because they were born here." I do not think that teaching would be accepted by Mexicans if Americans migrated there and tried to run them out of Mexico. Much bloodshed would prevent such a land grab.

Such sentiments, however, still exist in the 21st century "Land of the Free." Rumors of a movement to run native off reservations, as is being done gradually on a Mohawk reserve that straddles New York State and Canada, are supported by weak assertions that our indigenous peoples are themselves part of a clandestine movement within multiculturalism to remove the Caucasian from the North American Continent. This is absurd.

One brick in the platform to remove federal support to US reservations and Canadian reserves is the event that led Head-Smashed-In Buffalo Jump in Alberta to become a Canadian historic site.

The USA has a few smaller jumps, but nothing to compete with Alberta's. In an inexcusable action, Wikipedia uses a drawing from the Alberta jump site to erroneously portray the much smaller site used by Crow Nation in Montana in a poor light. Racism in America is till alive, with the help of Ayn Rand. 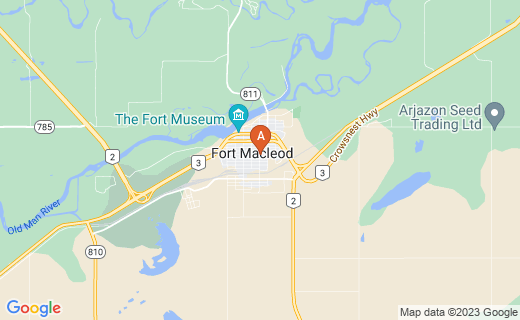 Head-Smashed In Buffalo Jump is very near this fort.

No more buffalo jumps have occurred since the first half of the 20th century. The bison became endangered and breeding programs instituted by public and private entities began to make an impact by 2000. 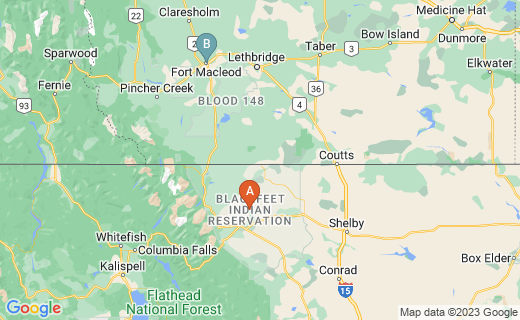 During every autumn and spring, the federally and tribal-government protected Blackfoot Bison Herd is moved to appropriate pastures in a three-day cattle drive. The Blackfoot Nation cares for the herd.

All parts of the animal were utilized. The meat for food, the hide for lodges and clothing, bones for weapons and utensils, hoofs for glue, hair for decorations, and sinew for sewing. Internal parts were eaten as a delicacy, brains for tanning, and the head for religious purposes. 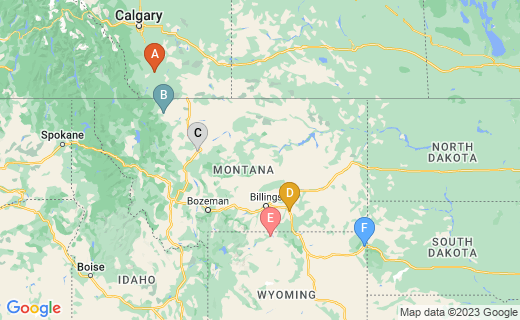