Bull sharks are arguably the most dangerous shark of all.

Indeed, bull shark are among the top 3 most dangerous sharks in the world, alongside the tiger shark and the fearsome great white.

Surviving in both fresh and sea water, bull sharks have a fearsome reputation for biting and hanging on, instead of letting go like most other sharks would.

If they do let go, it is just to have another snap at you to try to get a better grip.

It is not uncommon for bull sharks to inflict multiple bite marks on their victims.

Unfortunately for us, bull sharks live in the warm, shallow waters of the world, just the places we humans like to bathe in, and so sometimes we meet up, and it is never a pleasant experience for us.

They are stout fish with rounded snouts, and are gray in color along their backs with white underneath. Sometimes they can have a streak of grey along their flanks as well.

Bull sharks are short, wide and heavy fish, with a very powerful bite.

The second dorsal fin is only about a third of the size of their first one, and its caudal fin is larger and lower than other sharks of comparative size.

Young bull sharks have darkened fin tips, but this disappears as they mature.

There is no ridge between its dorsal fins, as some other sharks have.

They have small beady eyes, and serrated, sharp teeth. An adult bull shark's teeth are 1.5" long.

At birth, Zambezi sharks are around 2.5 feet long, and they can grow to 13 feet long although the typical adult is just under 8 feet long. Females are usually about 6" longer than the males.

Hammerhead vs. Bull Shark (Who Would Win?)
Buy Now

Carcharhinus leucas, otherwise known as Zambezi, bull or Nicaraguan sharks, are one of the very few sharks that have the ability to live in both salt and freshwater.

They are commonly found in shallow waters at rivermouths, and have the ability to swim upstream into pure freshwater.

Their small eyes make scientists believe that their eyesight is poor, hence their ability to thrive in the brackish and clouded water that is found at river estuaries.

They tend to stick to the shallow waters, and rarely dive lower than 100 feet from the surface, although they have been recorded at a depth of 500 feet.

You can see on the map here all the places where bull sharks have been found, and as you can see they prefer the warmer equatorial, tropical and subtropical waters.

While it is suspected that bull sharks are also present in the Mediterranean Sea, there have been no confirmed sightings. 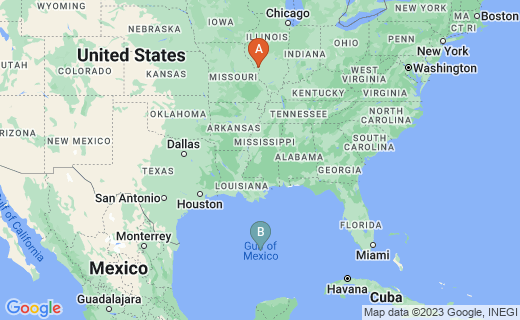 How do bull sharks survive in fresh water?

Bull sharks have travelled far inland up the Mississippi River, as far as Alton, Illinois, which is 600 miles from the Gulf of Mexico where this great river reaches the sea.

They have also been found 2,600 miles up the mighty Amazon River in Peru.

Some elasmobranches, the class of cartilaginous* fish to which sharks belong, can survive in fresh water, including the bull shark.

They do this by a process called osmoregulation. This means they can regulate the rate at which osmosis, the movement of a salt solution through a semi-permeable membrane, takes place.

Basically, as all sharks evolved from the sea, their bodies are salty.

When in fresh water, most sharks would die because their salty bodies would absorb the water from their surroundings until they blew up like balloons.

Alternatively, freshwater fish would shrivel up and die in salt water as they lost all their body fluids.

The kidneys of bull sharks work overtime when they are in fresh water, and they excrete the excess water in their urine, and they have to urinate a LOT.

Recent studies carried out on the freshwater sharks in Lake Nicaragua have shown that bull sharks also have a rectal gland that continuously excretes sodium and chloride, keeping their internal salts low.

This means less strain on the kidneys, and goes some way to explaining why bull sharks can survive in both salt and fresh water.

*Cartilaginous means a creature with a skeleton made of cartilage and not bone. Shark cartilage gives them their flexibility.

Are there bull sharks in Lake Michigan?

This is something that has worried a lot of people over the years, but there is absolutely no evidence that there is.

The panic started when someone noticed that the Global Shark Attack file carried a 1955 report that a George Lawson had his right leg bitten by a bull shark in Lake Michigan.

The source is referenced as being from F. Dennis, p.52, and this turns out to be a book called Man-eating sharks: a terrifying compilation of shark-attacks, shark-facts and shark-legend by Felix Dennis, published in 1976.

However, in nearby Chicago, no news source carried the story at the time, and there seems to be no Press coverage whatsoever of such a rare event, considering there are no other reports of shark attacks in Lake Michigan in the shark attack files.

However, in 1969, two Coho fishermen found a small dead bull shark in their nets.

Panic ensued among the fishing community and the story was carried by the Press.

It turned out a local publican and his friends had planted the (already dead) fish there as a joke.

It had been caught elsewhere years previously and stored in someone's freezer until it was dumped in the lake.

In conclusion, there is very unlikely to be any bull sharks in lake Michigan.

The waters are too cold, even at the height of summer.

There is a direct waterway between the Mississippi, where bull sharks live, and Lake Michigan, but it is through the 28 mile long Chicago Sanitary and Ship Canal, which with its many locks and dams, bull sharks cannot pass.

Despite it being among the top 3 most dangerous sharks, there have been relatively few bull shark attacks recorded world-wide.

According to the Shark Attacks files, there have been 104 recorded bull shark attacks in the last 150 years, and out of those, 33 fatalities.

There are many shark attacks during this period where the type of shark involved was not known, especially in early times before testing could be carried out to identify sharks from their bite marks.

The teeth of bull sharks are very similar to those of the great white, and the two may well have been mistaken in the past.

Of the known attacks, however, for there to be only 104 either known or suspected cases of bull shark attack in a world where you could expect humans and bull sharks to intermingle, shows us that bull sharks are not terribly interested in eating humans.

Of course, it is worth remembering that the bull shark inhabits many Third World countries, and there may be many more shark attacks that have gone unreported.

The infamous Jersey Shore shark attacks in 1916 was blamed on one or more bull sharks.

Shark expert bitten by a bull shark while filming

Other names of the bull shark

Bull sharks are extremely territorial, and will eat anything that gets or falls into 'their' stretch of water.

There have been reports of them eating:

Where the great white tends to bite once, then retreat and wait for its victim to die, the bull shark is like a raging pitbull dog - it bites and keeps on biting, inflicting horrific wounds and in many cases, causing the eventual death of its target.

For this reason, it is often referred to as "the pit bull of the sea".

Its behaviour is unpredictable and frequently aggressive, and so they are best avoided if one is known to be in the area.

Female bull sharks mature at around 18 years of age, according to international shark expertDr. Erich K. Ritter who is a shark biologist and Senior Scientist at the Green Marine Institute and Adjunct Assistant Professor at Hofstra University, New York.

The males reach sexual maturity when they are ages between 14 and 15.

They mate in the summer and typically give birth to a litter of between 1 to 12 pups, 10 or 11 months later.

Each newborn bull shark pup is born perfectly capable of living an independent life, but the mother shark will give birth to her young in nursery grounds in shallow river estuaries.

This gives the young pups a better chance of survival as there are fewer predators there.

All bigger sharks will eat shark pups, given half the chance. Sometimes their own mother will eat them too, if she is hungry enough.

Bull shark pups have black tips on their fins which fades as they mature. 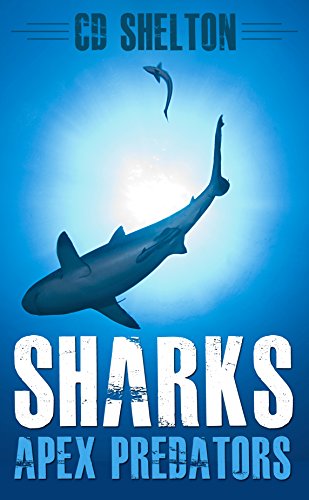 Do bull sharks have predators?

As apex predators themselves, bull sharks have few predators big or powerful enough to attack them.

Great white and tiger sharks have been known to, and there have been documented cases of bull sharks being attacked by crocodiles in Australia, although this is more likely to have happened to younger and weaker family members.

Humans are the greatest danger to bull sharks. We fish them for sport as well as commercially, and their fins are also prized in Asian markets to turn into shark's fin soup.

Bull sharks are officially listed as Near Threatened on the IUCN list of threatened species, but there seems to be no great risk of them becoming extinct in the near future.