OK, looking at my second video attempt it's clear that somehow I don't understand how to get the images clean!

Anybody out there got any tips!

Our daughters ninth birthday trip was to the Butterfly Farm in Penang, which was amazing indeed.

As you enter the large enclosed area you find yourself surrounded by butterfly's of all sizes, colours and shapes, the air is literally filled with busy butterfly's darting from flower to flower, and landing on visitors.

They obviously have no fear and why should they?

There are no predators to get them here, (except we humans, and there are large signs warning us not to touch) and the whole place looks like a massive (for a butterfly) health resort kept to optimum temperature and humidity (not difficult in Penang).

Clutching our digital cameras we clicked away merrily along with all the other amateur photographers, and some Chinese gents who sported serious camera equipment, which no doubt managed to capture far better shots than my trusty Kodak with a broken screen can manage.

My photography is marred by two elements, first I dropped the camera and the viewing screen cracked, so no previewing! and my thrifty nature deny's me the luxury of buying another one, because it still takes good shots, but I am back in the old days when I cannot see them until I upload them to my computer!

At least I no longer need to wait a week to get them back from Boots to find out I've chopped your head off!

The second handicap is that once I passed 45 years of age, after a lifetime of peering into computer screens, my eyesight became, lets say less than perfect, which was a distinct and definitive end to my graphic design career, and makes taking photos a hit and miss affair.

So if you see a sprightly 59 year old pointing a broken camera at some object whilst squinting to try and see if the infra red target spotter is centre frame, it's just me trying to be creative.

Fortunately Picassa manages to correct most of my insufficiencies, and as I work on a monitor bigger than most folks flat screen plasma tv's I can see what's happening most of the time, and take experienced guesses the rest.

Jessica enjoyed the trip immensely which is satisfying to say the least, because when you live in a tropical paradise finding neat things to entertain a nine year old can be difficult, especially when our drive to school takes us atop of Mount Erskine, through what is clearly jungle, very exotic, and never boring!

Also having monkeys waiting on the kitchen window in the morning, hoping for fruit handouts makes her less impressionable than most children.

We are still newbies here, so we were aghast when the 'longer term residents' berated us for giving monkeys food, but apparently it's forbidden by law (which is why the monkeys now only wait with hope, and that fading fast) and can get aggressive if you don't feed them, reminiscent of London street beggars if I remember well enough!

Anyhow, three hours after we arrived we finally escaped from the butterfly's, having avoided the scorpion pit, marvelled at the largest turtle I have ever seen, unfortunately kept in an oversized aquarium, and taken my pictures of indignant lizards who clearly thought they should get paid for the privilege of snapping them.

Next stop was to try and find again the street market we had stumbled across in Balik Pulau, where we had bought a Rubik Cube Snake for 1 ringgit (about 20cents) that they wanted 45 ringgits for in Toy R Us because it came in a box with the Russian inventors name and brand mark!.

Unsuccessful there as it was a night market, and we were there in daylight!so it was off to Queensbay Mall, which is an enormous shopping centre housing a plethora of different shops.

I make that distinction because we seem to have established a syndicate of franchise shops in northern hemisphere shopping malls, where each outlet is identical and all are present and correct like a line of soldiers, whereas here in Penang, our malls consist of a huge variety of shops, mixed together in a semi random order (I suspect determined by the rate they sold the units) and which means that shopping becomes an adventure again where you just may find something original and worth buying.

This trip was to take Jessica back to the shop that I bought her remote controlled helicopter in, with the hope that she could take some flying lessons from the lads who manned the shop.

Of course these guys have spent hours flying these things, and are as skilled as Vietnam vets at throwing them across the (much safer) sky of the mall, but in true Penangite fashion they showed her how to keep the thing hovering and move forward, whilst attracting a crowd of wannabe pilots and no doubt selling a few more for their efforts.

From there we ventured to one of my favourite restaurants, if you can call it that! - Kapitans... which in my humble opinion serves the best Indian food I have found, even having been to India and lived in London.

I hesitated to call it a restaurant because it's mainly outside and set between two screens that show football incessantly, but the food is cheap as chips and always wonderful, so it satisfies my gastronomic desires and my thrifty pocket!

Generally speaking eating out in Penang will cost me about $5 per head, and the food is the best in the world (so far).

No wonder I love this place! 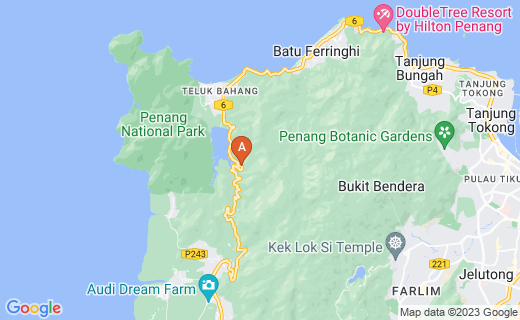 Wonderful afternoon out, but get there by 2pm if you want to enjoy it to the maximum!