On the outskirts of Richmond, I came across this wonderful park on a day and a time when the light was just magical.

This park is a delight, it will refresh the soul of anyone who visits, if you don't have the time to spare or it is too far away from where you live, then come and share my visit through the lens of my camera.

I had been sightseeing in Richmond looking at monuments, statues and buildings and I was on my way out of Richmond when I came across Byrd Park.

I was tired from all the sight seeing but the natural beauty of this park and its wildlife completely revived me.

I was completely captivated and so refreshed that the next hour or so just flew by it was such a lovely experience that I would like to share with you some of the photographs that I took that day. 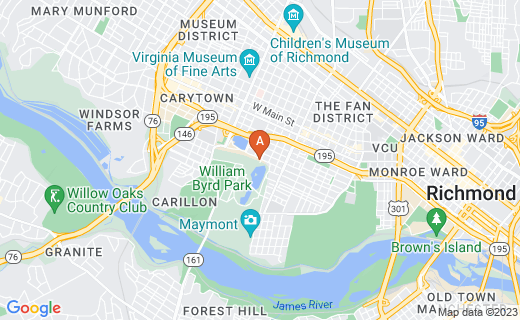 A beautiful Park with a lake which is home to a variety of wildfowl. The Park also plays host tonumerous events throughout the year.

As I came down a small embankment from the road where I had parked the car this is the view that greeted me, and what a beautiful view it was.

It was the golden hour when the late afternoon light bathes every in its golden light the hour that my camera loves and I couldn’t wait to see what delights this park had in store for me.

I was delighted to see that there were many waterfowl on the lake, the majority of them being Canadian Geese.

The first one that caught my eye was a Canada goose who looked like it had some sort of injury because I could see some sort of damage to one of its wings.

On the water, this injury seemed not to hamper it at all, as it swam across the water as fast as those around it did.

As it passed in front of me, it saw me and immediately turned towards me.

I think it thought that I might have food for it as it came right to the edge where the water meets the path.

It was to be disappointed, as I had no food with me to give it.

When this Canada goose saw the injured goose near me it decided it would come over and see me too.

It looked like a boat does when it moves fast through the water creating its bow wave. It made for a lovely photograph don’t you think?

It seems that the large number of Canada Geese and the resulting dropping that they produce at the Park has become a real problem.

This problem has made it necessary for the Department of Parks, Recreation & Community Facilities to hire a professional goose management team to manage the geese.

The management team aims to encourage these geese to seek a more suitable place to settle, I guess that means anywhere else but here.

How do they aim to do that? Well surprisingly, they have trained Border Collies to do this work. The dogs are trained and will not harm the geese just encourage them to go elsewhere.

It seems like the parks domestic geese and the wild ducks are allowed to stay it is just the Canada Geese that are being encouraged to leave.

However there was no sign of Border Collies on the day I was there.

Are Canada Geese worth the mess make?

Use to being Fed

I think that these park birds are use to mums and toddlers feeding them because as soon as this mum and toddler showed up the birds came from all points in the park.

When they neared the edge of the water they left the water and started to make their way towards the mum and toddler.

It seemed sweet at first but the mother and her little girl started to get real uneasy as they just came closer and closer.

Did someone say food?

I saw several males trying to get the attention of the females; this male Canada goose did not seem to have much luck with his female.

I think it might be that his technique left something to be desired. First, he hits her on the back of her neck with his head that I heard the blow connect.

Not getting the response he wanted he starts to honk loudly in her ear and it was loud even from where I was standing.

Still getting no response from her, he steams off at high speed in what looks like a sulk because she spurned his advances.

The look on her face seems to be saying ‘What was that all about?’

The Right Place At The Right Time

This was one of those times for me, I love these next two photographs.

Do you think the second goose was camera shy?

There were other kinds of birds there besides the Canadian Geese I am not really sure what kind these are they look like some sort of small gull to me.

If you know what they are, I would love to have their right name on the photograph instead of my best guess.

The first one photograph me in mind of a scene from Alfred Hitchcock’s 1963 film The Birds.

A Most Peculiar Duck

I saw this duck and I don’t know what kind it is and I am not sure whether it should look like this or if it has something wrong with it.

A Most Peculiar Looking Duck

There were a variety of ducks on the water these little ducks are called Ring-necked ducks. The males or Drakes are the black colored ones and the females are the brown colored ones.

These little ducks feed mainly by diving for their food i.e. aquatic plants, aquatic insects and insect larvae along with small fish.

You might be able to see in the last three photos some of the small water droplets on their heads and backs after they have been diving.

This pigeon looked definitely out of place among all these waterfowl but he didn't seem intimidated by them.

Thanks For Stopping By

Thanks for stopping by and I will leave you with just a few more views of the park.

Thanks For Stopping By