Can I Teach English overseas or ESL in China if I Have a Tattoo or Beard?

Can You Teach in China if You Have Tattoos?

Questions About Teaching ESL in China.

One of my first articles at Hubpages was an attempt at humor. I wrote an article about why I thought foreign English teachers in China should grow beards. Some people took this seriously which surprised me a bit. Others read it for what it was. Most seemed to enjoy it. I did have a beard at the time that I wrote that article and it was fairly long. I've since shaved. The traffic to this hub is consistently high compared to other hubs which again surprises me a bit.

Since writing that hub I've gotten a couple of emails from people who are not members of Hubpages asking me questions. Though I've already answered the emails it has occurred to me that others may be interested in the same subject. I've decided to share these questions along with my answers here.

All of these questions concern teaching ESL in China and what is allowed here and what isn't. I'm only discussing teaching in China because my personal experience is limited to China. If you are looking at other countries such as Thailand, South Korea or Japan the restrictions in those countries are likely to be different.

Will I Be Able to Teach English in China if I have Tattoos?

Can I teach ESL in China if I have a tattoo?

I've been asked by a number of people if it will be a problem finding a job as an ESL teacher in China if they have tattoos. China is a big country. This fact can not be understated. China is huge. In addition to being a very large country with lots of people there are different areas that are special for different reasons. In most of mainland China tattoos will not be a problem. I live in the city of Wuhan. I've known several foreign teachers here that have tattoos. Most of them have small tattoos. One friend of mine has a about four different tattoos, all of which are visible. Finding a job was not difficult for any of these people. For most of China no one will care if you have a tattoo or three or a dozen. In some of the larger cities like Beijing, Shanghai and Shenzhen it could limit your choices but I doubt that it would make finding a job too difficult. 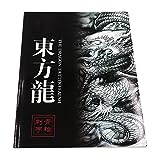 How tattoos are viewed in Chinese Culture.

There are a few things to consider here other than just being able to find a job. I've been told by many Chinese people that they look down on other people they see who have tattoos. When I ask students what they think about people with tattoos they often say that they don't trust them or that someone with a tattoo is a bad person. Some have even stated that they believe that people with tattoos are probably criminals. These ideas come from very old beliefs. Cultures are not static but are constantly evolving. The vast majority of Chinese people do not have tattoos. However I have seen many who do and there are many tattoo parlors around Wuhan. During a visit to Beijing I noticed that there were more Chinese people there with tattoos than there are in Wuhan. It seems that in the bigger cities that are more exposed to western cultures tattoos are more common and more excepted. There are also small subcultural groups just like there are in any country. The Chinese Punk Rock scene for example is a relatively small subculture but it does have a definite presence in China. Within this subculture tattoos are accepted and are even seen as normal.

Most People will be Curious

How the Chinese View foreigners.

It is also important to understand that in almost everything there is a special distinction given to foreigners. Many people will tell you that Chinese people treat foreigners better than their own people. There is some truth to this. You will have an almost celebrity status just for being a foreigner. People will stare at you everywhere you go. Some will approach you in public begging for the chance to talk to you and practice their English. After some time you will become sick of hearing the word “hello,” in public. Many people will love you for no other reason than you are different. The reverse is also true. Many people will try to take advantage of you for the exact same reason. There is often a misguided belief that all foreigners are wealthy. For some people this is enough reason to try to cheat you by charging you more than they would another Chinese person. When it comes to having a tattoo most people will be curious and will simply consider it a cultural difference. 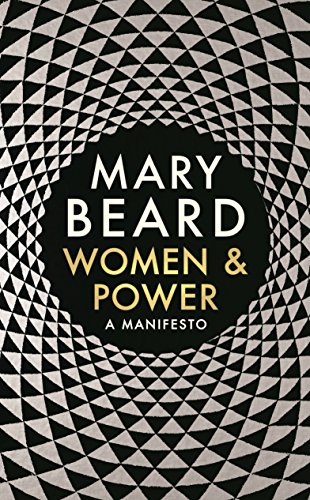 If I have a beard can I teach ESL in China?

In China it is common to include a photo in your resume. It should be a recent photo and you should look professional. My advice with beards is that if you currently have one make sure it is well groomed when you take your photo for your resume. Circulate your resume either through recruiters or through job boards. You probably wont have a problem with this. I know three teachers who had beards before they came to China and they had no problems finding a job. If after a few weeks you have not found a job, shave and replace the photo on your resume.

In most of main land China having a beard is not a problem. People will ask you questions about it but no one will tell you to shave if you already have a job. I know several who have grown beards while traveling during Spring Festival and who kept the beards afterward. None of them had any problems either finding a job or keeping a job which they already had. During my first year I had some on again off again scruff. During my second year I grew a full beard that was very long. I earned the name Christmas from one of my Chinese co-workers. I looked very Amish. People asked me a lot of questions. Not once did anyone that mattered tell me that I needed to shave.

Tattoos are More Common in Some Areas

Much like with tattoos it will actually be more important that you are a foreign person than a person with a beard. You'll notice that only very few Chinese men will have any facial hair. Most men here actually tell me that they can't grow a beard. For many of them the hair grows in thin patches. They many attempt a goatee or a mustache but it will never really amount to much. Again like with tattoos, beards in Chinese society are often looked down upon. If a Chinese person has a beard others will generally view him as dirty and disheveled. While I believe this attitude is changing I would say that it is still the dominant attitude. Here again though foreigners have the advantage. They will view your beard as a cultural difference. Most will be curious and will think it is cool. Many will want to touch it. This isn't limited to just beards. If you have a lot of arm hair like I do, people (especially children) will be fascinated with it. If you find a Chinese girlfriend though, don't be surprised if she asks you to shave the beard.