Buildings are great sources of information that can help reveal the beliefs of a society. Sometimes all we have left of ancient civilizations to examine are the ruins of their buildings. Too often, with time, these buildings are lost, erasing the stories they once told as they disappear. Most of the buildings from the Middle Ages have vanished; but, because of the great architecture, or perhaps by God’s will, many of the great cathedrals are still standing.

The Role of Medieval Cathedrals

The role of cathedrals was multifaceted. These cavernous churches not only served as places of worship, but were also the center of daily life for all the people: the clergy, the nobility, and the peasantry. The remaining cathedrals reflect what people believed in, and how they lived their lives. These buildings tell the stories of why people believed what they did, and why they lived the way they did.

Cathedral: The Story of Its Construction, Revised and in Full Color
Buy Now 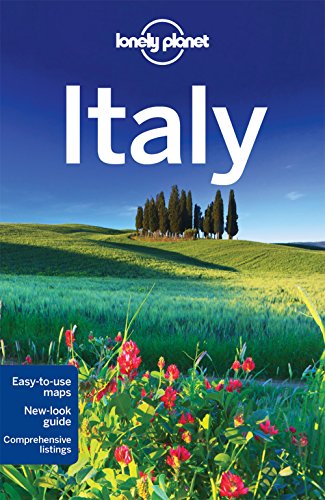 Every Cathedral Tells a Story

Every aspect of a cathedral tells a story and holds an element of symbolism. From styles of architecture to works of art, such as paintings or sculptures, these cathedrals tell stories worth a million words, often without using any words at all. By touring these beautiful buildings and examining their architectural styles and works of art, you can put these symbolic stories into words.

However, for them, there was God, and so there was life.

Generally, the basic shape of a church or cathedral would be of a cross. Construction always began at the East end of the cathedral; however, it was the West end that functioned as the important entrance. The West entrance symbolized the gate to heaven, and was often decorated with the most elaborate design and artistic effort.

A common theme at the entrance to medieval cathedrals was a sculpture of the Baptism of Christ. Upon entering, you would be reminded of your entrance into God’s family. Another common design was the changing of the seasons, including the labors each season required. This served as a reminder to all who passed through that Christ was involved in all parts of their lives.

After the structure, the next step was to build the towers and spires. Medieval communities often competed with each other for who could build the farthest into the sky. Towers and spires rose above the scenery, serving as signposts to travelers and extending the range of the church’s visibility.

The spires reflected one’s aspirations to be united with God, while the main tower served as the symbol of the church’s contact with heaven. The towers were often built with many arches and windows to make them light instead of dark.

Cathedrals were often built on hills so the church could dominate the surrounding area. It was important for a church or cathedral to be built somewhere special, such as on the grave of a martyr or over the ruins of a previous church. Considering the importance of the architectural symbolism, it isn’t surprising that it took many generations for these cathedrals to be completed.

The building of a cathedral often became the object of immense civic pride. As a place that would both be a part of daily life and also a landmark to show off to visitors, each city or town took a lot of pride and responsibility in their local cathedral.

A local cathedral wasn’t only a place of worship, but a town’s symbol to the world of the strong faith of its townspeople. The cathedral belonged to all the people. It was through the direction of the clergy, the pocketbook of the nobility, and the manual, psychological, spiritual, and financial labors of the peasantry that motivated the construction of a cathedral.

The duties of the clergy, by God’s will, were to get the cathedral built by gathering the vision, labor and finances necessary. Often, the clergy raised the funds necessary by persuading the nobility to curtail their spending on luxuries. Instead, the nobility were influenced to contribute heavily to the cathedral. The Bishop often promised lenience from purgatory to those who donated financially.

Gifts to the clergy were often considered damnation deductible. Gifts ranged from money to people (laborers) to masterpieces of art. The nobility not only took pride in the magnificence of their local cathedral, but they also saw their contributions as signs of repentance. The finished church symbolized their doorway to heaven.

There were many different levels of importance among the peasantry when it came to building the cathedral. In on instance, masses of people were so overwhelmed at the idea of building a temple to God, a symbol of their faith, that they began pulling carts as physical labor to build the church.

This Cult of Carts was an amazing show of the religious zeal of the lower classes. After arriving at the building site, having pulled carts of stones, wood, corn, and other provisions for the new church, they would grovel, half naked, on the ground to confess their sins and implore for divine mercy.

More than Places of Worship

Cathedrals are more than places of worship. They are great buildings of information, knowledge, and history. They tell stories that are often missed and left out in textbooks or other historical works. It is amazing to think that one can walk into a building that is a living representation of the most poorly represented people in European history: the peasantry.

It might have been the Clergy’s vision and the Nobility’s pocketbooks that designed and paid for the cathedrals, but it was the devotion, physical labor, and strength of the Peasantry that got the cathedral built.

In a time before photographs, life was recorded in these massive cathedrals. The next time you have the opportunity to visit a medieval cathedral in Europe, do so. They aren’t only full of religious and spiritual relics—they also show the stories of the people and events that shaped the history of the cathedral. You might be surprised at the stories you can find in these buildings.