Chaco Canyon - Doorways to the Past

Historical and archaeological sites are a favorite subject for Phyllis to write on for tourism ideas.

Pueblo Bonito Doorways to the Past

Enter Into the Past

Pueblo Bonito is the largest of what is called "Great Houses" in Chaco Canyon, in the American Southwest. The image above shows doorways to the past in Pueblo Bonito. They invite visitors to enter and become part of the ancient times.

To sit and study the photographs of Chaco Canyon leads to a phenomenal journey of the imagination. To visit the fabulous Pueblo site in person is beyond fascination! It is like stepping back in time to when the ancients were busy at their daily tasks and way of life. In the silence of the ruins one can almost hear the tinkering of tools and murmuring voices of the past.

Researchers have, for over a century, carefully conducted detailed and complicated studies, excavations and surveys to find out more about the people who created Chaco Canyon and lived there. This major center of puebloan culture was thriving between AD 850 and 1250. This is part of the ancient homeland of the puebloan peoples of New Mexico, the Hopi Indians of Arizona, and the Navajo Indians of the Southwest.

This National Historical Park contains 115 ancient kivas and other ruins of pueblos. In the American Southwest, it is Chaco Canyon that has the most extensive and profound reminder of the distant past.

It is an excellent educational lesson of, not only how the ancient ones lived, but, how intelligent and skillful they were.

The immense size of the entire area, the quality of the structures, organization of the layout, and the great distance they had to journey to transport building material shows the skillful work of people far advanced for their time.

Chaco Canyon, one of the most intriguing and mysterious ancient cultural sites of America, sits in the Four Corners area of the southwest United States (southwest Colorado, northwest New Mexico, northeast Arizona and southeast Utah).

The numerous concentration of pueblos contains the most fascinating ruins north of Mexico. This magnificent cultural center is the sacred ancestral home of an ancient culture. The spiritual bond with the land is still, to this day, included in the oral traditions that are handed down to younger generations by the descendants of these ancient architects.

For over 10,000 years, Native Americans have been in the Colorado Plateau region. The creators of this fascinating site were the Anasazi Peoples, the ancient ancestors of the Hopi of Arizona, the Navajo and the Puebloans of New Mexico.

The construction of Chaco Canyon was done with such precise astronomical alignments, geometry, masonry and engineering techniques that it is still a mystery as to how they managed to accomplish this spectacular feat without the technology methods of today. This achievement astounds researchers, archaeologists and laymen alike. The abundance of kivas is evidence of strong ritualistic belief and spiritual bond with Nature and the Heavens.

The kivas within the complex are round, semi-subterranean and built inside of some of the great houses. Ladders were made to descend down into the kiva from the rooftops.

These kivas were used for ceremonial rituals. In later years of the culture, kivas with two or even three stories were built. Many of the kivas are grouped together, but two great kivas were built free-standing. These are the Casa Rinconada and Kin Nahasbas.

Some of the smaller kivas, within houses, were probably used by particular clans of related kin. The only way out of the kivas is to come up the ladders, which symbolizes the Hopi creation myth that the people came up to this world from another world below ground.

The whole complex is composed of so many pueblos, rooms, kivas, terraces and plazas that it makes one's head spin to just imagine the lives of the great numbers of people that existed there.

The extensive prehistoric ruins are a fascination to everyone who is fortunate enough to see them. The structures of Pueblo Alto, Pueblo Bonito, Chetro Ketl, and the Great Kiva at Casa Rinconada are reminders of the greatness of the ability and intelligence of the people from this ancient culture.

Would you have a desire to visit Chaco Canyon?

In 1907 Chaco Canyon became a National Monument by a Presidential Proclamation to preserve and protect the area and it's many mysteries. In 1980 it was designated a National Historical Park and included in UNESCO World Heritage List of Cultural Properties. It is recognized as a worldwide cultural site of great importance.

One of the main and extraordinary attractions of this wonder of civilization is the astronomical tracking structures that were built. This enabled the Chacoans to time their agricultural planning and ceremonial rituals to the seasonal cycles.

They observed the skies for planetary signs and lined up the edges of their structures with the moon cycles. This was imperative to them and their way of life because it gave them the information they needed to survive. 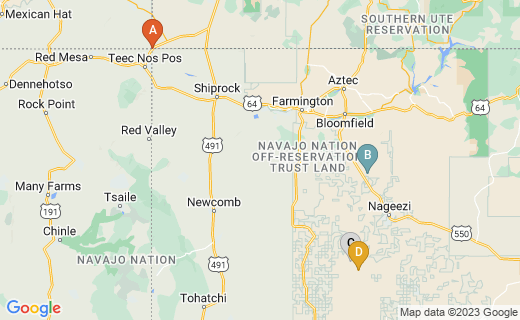 Tracking Movements of the Heavens

It is uncanny how they were able to build the structures to track the movements of the heavens. For instance, at Casa Rinconada, the largest Kiva, the rising sun of the summer solstice comes through a northeastern side of the building and enters into a niche on the western wall. Sacred ceremonies would have centered around this marvelous observation.

It would be very easy to get caught up in the imagination of the past and become lost to the technology of today, but, how peaceful it is to escape for just a few minutes and become part of the spiritual experience of Chaco Canyon.

One can only marvel at how the ancient peoples of Chaco Canyon were able to use this extraordinary ability without the modern tools and observatories we have now. The photograph below shows an Anasazi petroglyph that is believed to show the explosion of the Supernova in the year 1054.

The Fajada Butte location is now called the Sun Dagger site. It became the most popular site for tourists -- however, because of its fragile condition is no longer open to the public.

In 1977, during a study of rock art, petroglyphs of spirals were found on the southeastern cliff. This would not be so unusual, except that it was noted there were three large slabs of stone placed in such position against the cliff that they were channels to direct light onto the petroglyphs, which made daggers of sunlight on the spirals on the cliff. After a long period of observation it was found that these sun daggers mark on the spirals the solstices and equinoxes of the year.

Fajada Butte, at 6,623 feet, rises high above the canyon floor. Near the top of the butte are ruins of cliff dwellings, which were used during the 10th and 13th centuries. Having no source of water up that high, it is believed by experts that the location was used for ceremonial purposes only.

Access to the area for construction and ceremonial purposes was made possible by a large ramp, over 311 feet high and more than 754 feet long, on the southwestern side of the butte.

Back down on the canyon floor, several buildings had also been to keep track of solar cycles, and possibly lunar cycles as well. This alignment to the sun and moon cycles took generations of observation and very skillful planning of construction over centuries to obtain the accuracy of cycles.

The Puebloans did not build their complex of buildings in the canyon simply for living comfort. There was a deeply spiritual connotation to all the planning and organization.

It was a place of worship and to bring the spiritual aspect of their beliefs into the physical on a daily basis, so that all was in harmony and balance. They saw an order of things in heaven and endeavored to bring the same thing down to their earthly home. Even the mysterious Great North Road, which is 30 feet wide, leading north away from the complex and ending in the middle of nowhere, seems to have a spiritual purpose.

Careful study and the beliefs of present day Puebloans, indicates that the road was created as a journey for the dead, so their spirits could find their way to the afterlife in peace. Foods would have been left alongside the road for the spirits on their long journey.

It is very interesting to note, here, that this road leads to where the Ancient Ones (earliest ancestors) emerged from the Sipapu, or place of emergence, which is a dimensional doorway. A sipapu is a hole in the ground and the Puebloans believed that the original ancestors came from underground to emerge into the "first world".

The actual place of the Sipapu is sacred knowledge and not to be shown to any but the dead. The Hopi and other Puebloans believe we are now in the "third world" and approaching the fourth.

At certain times of the year, the living would carry out a ceremonial procession, carrying baskets of food for the spirits. A spiritual leader would lead the procession, purifying and blessing the way, sending prayers up to Great Spirit to heal and guide the spirits.