Charles I and Parliament: Regicides and the Beheading of a King

One of the most cataclysmic events in English history was the beheading of King Charles I for treason. This led to the beginning of a period known as the Interregnum, and the rule of Oliver Cromwell, and later his son Richard, was so unpopular that it led to the reestablishment of the monarchy after a short 11 year absence. How did this execution come about? In the words of Mark Kishlansky, the Stuart Era in British history truly left the UK A Monarchy Transformed.

Anglicans and Puritans in Stuart-era England

To truly understand the breakdown in relations between Charles and Parliament, an understanding of Puritans and their relation to the Anglican Church must be considered. The Anglican Church, as it is today, was the official church of the English realm. The king or queen, as a result of the Henrician Act of Supremacy, stood as the head of the Church of England. As such, the monarch could influence church practices.

Anglicanism did not because firmly established until the long reign of Elizabeth, as writers such as Eamon Duffy (The Stripping of the Altars) have emphasized. Elizabeth was quite lenient with certain radical Puritan elements in society. Many of these Puritans had spent time in Calvin's Geneva during the reign of Mary I (AKA Bloody Mary) and become strong Calvinists.

Many of these Puritans wanted to do away with the episcopal structure in the Anglican Church that required the office of bishops. They attempted to work this out with James I upon his taking the throne, but he rebuffed them with his famous statement of "No bishops, no king." His distrust of a presbyterian order came from his time in Scotland and his dealing with the Scottish Kirk.

Where James cracked down on Puritans slightly, his son Charles greatly drew the ire of the staunch Puritans with his attempts to deal with dissenters. Puritans were disturbed by certain tendencies toward Catholicism that they saw in the rule of Charles. Among these problems were Charles' relationship with William Laud, a man who would become the Archbishop of Canterbury. Laud held "Arminian" views that held out hope of salvation for everyone, rather than the more limited Calvinist view of a very small elect that had nothing to do with obtaining their salvation. The rest of the world had no hope.

The Puritans viewed Arminianism and the emphasis on the Eucharist as vestiges of Catholicism, and with the memory of Mary's reign, the Puritans saw this as a problematic trend. In addition to these religious fears of Catholicism, those relieved when a Spanish Match between Charles and the Spanish Infanta Maria Anna broke down were outraged when Charles married the French Princess Henrietta Maria, also a Catholic. Many Puritans feared that Charles was a closet Catholic and that he wanted to do away with them.

The foreign policy of Charles led to some of the early problems with the House of Commons, which was largely made up of Puritans. He declared war on Spain to help his brother-in-law to retake the Palatinate during the Thirty Years War. Operating a war always takes money, but Charles could not arbitrarily raise taxes without Parliamentary consent. Parliament granted a subsidy of 140,000 pounds sterling, but only granted traditional rights to tonnage and poundage for one year.

At this point, Charles attempted to raise funds by utilizing a forced loan from his nobles. Of course, the likelihood of these loans being repaid was quite low, and Parliament had a major problem with it, as it was raised without the consent of the House of Commons.

When Parliament convened in 1628, it forced Charles to sign the Petition of Right. This document would become the source of some level of civil rights in England. The Petition of Right prohibited forced loans, martial law, quartering of soldiers during peacetime, and required the use of due process before imprisoning anyone. When Parliament re-convened in 1629, it raised objections that the king had confiscated the goods of an MP who had not paid tonnage and poundage duties.

Charles ordered the Parliament adjourned, but members forcibly held the speaker in his chair while they read complaints about Arminianism, Catholicism, and tonnage and poundage. After the adjournment of Parliament in 1629, the body would not meet again until 1640. The 11 years between 1629 and 1640 is known as the period of Charles' Personal Rule.

The Personal Rule of Charles I

Charles attempted to rule without Parliament for 11 years. In effect, he did so, but he had to come up with very creative ways of funding the government without Parliamentary taxes. This problem was exacerbated by the profligate spending of the reigns of Elizabeth I and James I.

To raise revenue, Charles went way back into the statute books of the medieval period. One of the creative methods of raising funds was Charles' enforcement of distraint of knighthood. Under this statute, all who earned 40 pound per year had to attend the coronation of the king. Charles proceeded to fine those who did not attend his coronation in 1625. Charles also used laws related to wardship and purveyance, as well as forest laws.

One of the more attempts made by Charles that people found most galling was his use of a tax known as ship money. Traditionally, during time of war, each coastal town had to provide a ship for defense or pay funds in lieu of a ship. Charles argued there was no restriction that required ship money only be collected from coastal towns during time of war, and proceeded to enforce the tax on the whole of England.

Charles finally had to call Parliament after an uprising in Scotland over the use of a new prayer book that resembled the Anglican Book of Common Prayer in the Scottish Kirk. The First Bishops War went badly for Charles and he was forced to convene Parliament to ask for funding for a new campaign. The Short Parliament would only meet for a month when a compromise between Charles and the House of Commons could not be reached.

Charles called his supporters together and they recommended putting the idea of war aside and calling Parliament. Reluctantly, Charles called what would become the Long Parliament in November 1640. His support in the House of Commons was nearly nonexistent, and Parliament passed the Triennial Act, which required the calling of Parliament at least once every three years. It was hoped that this statute would avoid a repeat of the Personal Rule. Charles consented and signed it. Tensions would only escalate as both William Laud and the Earl of Strafford, two of Charles' leading supporters would be tried for treason. In spite of several concessions, Charles improved his position militarily by reaching an agreement that secure the support of the Scots in return for the establishment of the Presbyterian Kirk.

After the outbreak of a rebellion in Ireland, Charles asked for funding to raise an army to quell the rebellion, but Parliament did not trust the king and worried that he would use the army against them. Members of Parliament coordinated their activities with an invading army of Scotsmen, so Charles ordered the arrest of six MPs for treason. The House of Commons refused to acquiesce, and Charles entered Parliament determined to make the arrest by force. The men had escaped beforehand, but this act led to the loss of Charles' support in London. When Parliament seized control of the city, Charles fled with his family. 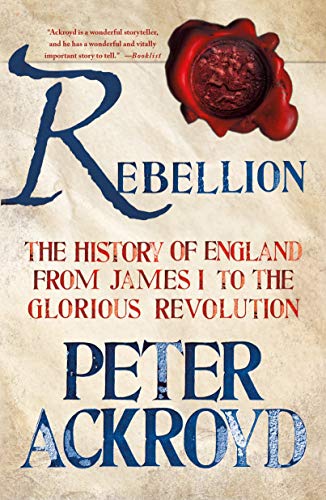 The English Revolution and Execution of Charles I

Charles still had the support of most of the House of Lords after his leaving London. Both Parliament and the King raised armies and met of the battlefield. The Battle of Naseby in 1644 turned the tide in favor of the Parliamentarians.

Also helping the cause of the Parliamentarians was the rise of Oliver Cromwell and the New Model Army. Historically, officers received their commission because of their status in English society. Nobles were officers, regardless of military experience or ability. Cromwell raised officers to command based upon their ability. This was another factor that led to the ultimate victory by Parliament.

There was hope that the king would be restored with limited powers after the English Civil War, but the Puritan faction opposed the restoration. During Pride's Purge, 41 MPs were arrested and other supporters of restoration were kept out of Parliamentary proceedings. The Rump Parliament then voted to try Charles for treason.

Charles did not offer a plea during his trial, and claimed that no one had jurisdiction over a king. Regardless, the court found Charles guilty and the king lost his head on January 30, 1649.