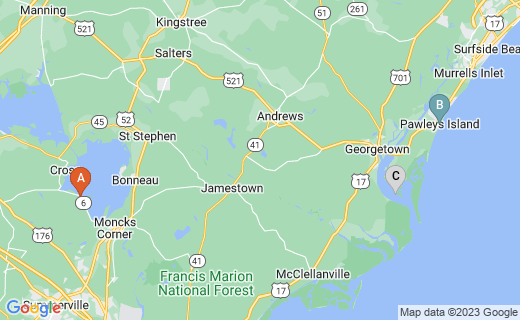 A town is named for the people and man street names in North and South Carolina include the word "Chicora."

Village at which Spanish slave traders captured 140 Chicora People in 1521.

Recent History of the Chicora People

American History presents additional questions as we study it and we may never uncover all the answers we seek. Sometimes the popular mythology of misinformation muddies the evidence.

For example, some authors write that the Roanoke Colony is still missing, while a debate continues about whether San Juan, Puerto Rico or Saint Augustine is (settled before Jamestown and Plymouth) is the oldest continuously inhabited city in the USA. Simultaneously, some writers and teachers obscure the fact that the popular image of settlers and natives at the Plymouth Rock Thanksgiving was invented in 1840 for holiday marketing.

The Chicora's History in Their Own Words

The Chicora write that they are the oldest and previously the largest group of Native Americans in South Carolina. They settled to farm along the Atlantic Coast, growing the Three Sisters (beans, corn, and squash) as well as gourds, tobacco, and agricultural animals. They also successfully hunted deer and enjoyed a variety of fish.

Their name has been written Chicora, Chicorana, Chiquola, and Shakori.

Slave captures are underestimated across the Internet and an actual 140 Chicora were captured for sale after Spanish trickery. Next, the French entered the area, eager for it resources. War broke out between the Spanish and the French, with many Chicora massacred.

Their name has been written Chicora, Chicorana, Chiquola, and Shakori. 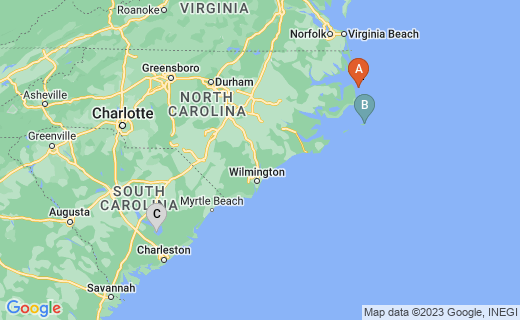 Lesser known Native American Nations in the Carolinas are gaining more recognition in the 21st century.

War broke out between the Spanish and the French, with many Chicora massacred in the conflicts.

Some individuals from Spain and France remained in South Carolina and in 150 years, the English ventured into the area. Their diseases - some as simple as measles - leveled many Native Americans and the Chicora declined again.

By 1743, the colony of South Carolina tried to force the remaining individuals onto Catawba land, but many remained along the coastline, and others joined into white families, while other moved westward. Their descendants are alive today, and not extinct.

The Chicora report that their Chief Gene Martin (Igmu Tanka Sutanaji or Great Cougar Standstrong) spoke up from his white family in 1975 to admit he was Native American and began the resurgence of Chicora recognition. Some naysayers claim that he is a fraud, but the Chicora do not believe that.

Rather than being extinct, the descendants of the original Chicora may live as one or two separate nations today:

Other, smaller groups of these individual's and families may also exist in additional communities not yet poked by archaeology and anthropology. Most of the people live along the Atlantic Coast of South Carolina.

The Waccamaw People of South Carolina eliminated the term Chicora from their tribal name in 2002.

I Say Chicora and You Say Catawba

The Cape Fear natives (reportedly extinct) that inhabited what is now Carolina Beach State Park called this area and themselves Chicora. Spanish slave dealers gave one of the men they captured the surname "Chicora", which has no translation I can find; although, in Basque, it seems to mean "anchovy." Some opinions are that "Chicora" in the indigenous language means "the land." This may be correct, but many indigenous groups call themselves "the people."

Catawba Nation was recognized as a Native American tribe in 1941 and produced a written constitution in 1944 during World War II. The US Government revoked their recognition in 1959 and they regrouped in the 1970s. They were not given the right to vote in American elections until 1965 and had their first tribal elections after 1977, 30 years later in 2007.

Locations of Chicora and Catawba Peoples

Held annually, the Chicora Communities Cleanup Program is a partnership with Keep Horry County Beautiful Committee. In 2014, the Chicora People picked up over half a ton of litter and debris from two local parks. 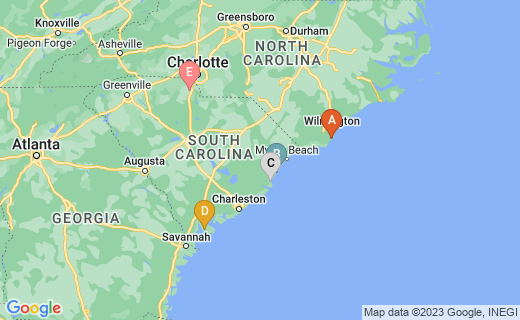 Homelands of the Catawba People

2015: The Chicora Are Recognized With Their Own Day

The above video is credited to Chief Clyde Strickland Thinking Bird, who explains that some of the music and photos in it are from other nations of America's Indigenous Peoples, all used at a celebration.