They Are Fascinating Creatures And Amazingly NOISY!

Every time we step out our front door right now, the middle of July, we hear the hissing sound of a bazillion weed-whackers. Ok, so they are not really weed-whackers, they just sound that way. What they really are is Cicadas. They are medium to large size insects that I always believed only made an appearance every 17 years. Not here in Las Vegas. They are here EVERY year!

They are known as Apache Cicadas here, and they only live about two to three years. So, every year, a new "crop" of them comes up from the ground and buzzes around, then they die. They are replaced by a new rotating crop of them the next year, making their appearance annually in the summer.

When we lived in Wisconsin, Cicadas would come out once every 17 years. I can remember years ago on one of our summer trips to Nashville, Tennessee we "ran" into them. On the way there, we saw and heard them both in Kentucky and Tennessee. They are the most active about this time of year, about the middle to the end of July. I still remember that trip. We had stopped at a "Sonic" drive-in restaurant to have lunch in Kentucky, and we heard this amazing BUZZING kind of sound, and it was SO loud, it was simply awe-inspiring! We rolled down the windows and just let the sound surround us.

I didn't know much about Cicadas, so I wanted to roll the windows back up right away! My husband assured me that they were OK, they don't bite or sting, they just make a lot of noise. They are completely harmless.

I read an interview one time with a "curator of invertebrates" from a Nevada museum. (And YES, there really IS such a job!) He said that the type of Cicadas here in the Desert Southwest (Arizona, New Mexico and Nevada especially) are known as "Diceroprocta Apache" or better known as "Apache Cicadas."

During the part of the year when they are not out BUZZING around like crazy (and by the way, it is the MALES making all that noise, trying to attract females). Does nothing for me, just sayin'....During other times of the year, they are underground. In fact, they live most of their lives under the ground, except for the two months or so that they are all over the place creating that infernal buzzing noise so they can .... get lucky. I mean, procreate. They reproduce and then **poof** they are gone again until the next summer.

These Apache Cicadas are native to the Southwestern United States, and in the Las Vegas Valley. The noise they make is caused by two membranes that the male Cicada has on his abdomen. They are located just behind his wings, and a vibration he makes causes that noise. His entire body is made in a way that amplifies the noise, which is why it does sound so loud to us. Apparently, female Cicadas like this.

Cicadas are so noisy because they only have such a short time to attract that mate and reproduce. The female goes around landing on twigs and bushes finding suitable spots in the "grooves" of trees where she deposits her eggs that are about the size of a grain of rice. Eventually, these eggs fall to the ground and the "nymphs" burrow into the ground and begin the majority of their life cycle... underground. One single female can deposit several hundred eggs.

SOME OF THE MOST FASCINATING INSECTS IN THE WORLD

They are really fascinating insects when you think about it. They feed from the fluids within trees, and when they burrow underground, they feed from the roots of the trees.The fluid that they drink from the trees is called xylem. They use a growth that looks like a tiny "beak" to extract the fluid from trees.

Cicadas are capable of flying, but from what I have read, they are kind of clumsy when they do it, so they usually are found sitting in trees and bushes making noise. They can occasionally fly into a human, but when that happens all you need to do is gently brush them away and they will go find someplace else to land. There is no need to be frightened of them, because they will not sting or bite, they are not capable of doing that.

Cicadas belong to a group known as Homoptera. This is the group of insects that have straw-like parts on their mouths in order to extract liquid from trees. In the world, there are about 2,000 species of Cicadas. They thrive in warm and temperate sub tropical climates. Like all other insects, their bodies are comprised of three parts, their head, their abdomen and their thorax. They have six legs with joints in them and their front legs are especially adapted for digging. This allows them to burrow beneath the ground where they live most of their lifespan.

It's eyes are "bulging compound eyes." I would go on, but from there they begin to sound like they belong in an Alfred Hitchcock movie, so I'll skip the rest. Except that they do have two sets of transparent and heavily veined wings. When they are resting, their wings are held over their abdomen looking kind of like a roof on a building.

Apache Cicadas thrive all across the desert Southwestern United States. They are found in the Mojave Desert, and also in the Sonoran Desert in Arizona and Chihuahuan Desert. The better known Cicadas here are called the Apache Cicada, but there is another type as well known as the Cactus Dodger that likes to make its home among the cholla and prickly pear cacti.

Cicadas can fall prey to a number of birds, including red winged blackbirds, woodpeckers, Robins, Grackles, and even ducks. Small mammals also sometimes make a meal of Cicadas including small squirrels and even reptiles, snakes and turtles. Sometimes the noise they make can also be a deterrent to predators, especially if a large group of Cicadas are buzzing all at the same time.

And in the grossest part of this, did you know that Indians have been known to fry Cicadas in butter and eat them like popcorn? The taste is said to be similar to peanuts or popcorn. They are considered a delicacy and are eaten in the Congo, parts of Australia, parts of Asia and even in America.

In fact, while researching for this hub, I came across a website chock full of delicious recipes for cooked Cicada from Cicada Portabello Quiche to German Chocolate Cake made from female Cicadas. (How in the WORLD do you tell if you've caught FEMALE ones for that recipe?)

I'll put a link to that website below for anyone brave enough, (or crazy enough?) to try cooking and eating them. Personally, I'll just listen to them outside of our door and enjoy the sound for another month or so. But for those exotic food aficionado's... BON APETIT! (And if you invite me to dinner, I will have to politely decline!) 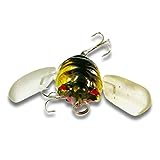 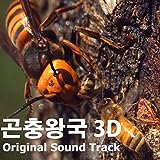