A not uncommon sight to see is that of a fluttering and bobbing butterfly dancing above fields of flowers and weeds.

Look closer at that butterfly though, that beautiful red and black butterfly may not be a butterfly at all, it may just be a Cinnabar Moth.

The Cinnabar Moth is named after the mineral, Cinnabar, due to the red color on its wings. Another name for Cinnabar is red mercury sulfide or simply mercury ore.

It is commonly used for jewelry. 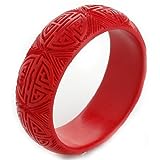 Feel like you're wearing a beautiful Cinnabar Moth by sporting this beautiful piece.

Size of the Cinnabar Moth

The Cinnabar Moth is an average size for a moth at about 20mm long,

It's Not a Butterfly?

Dangle Some Cinnabar and Black Onyx 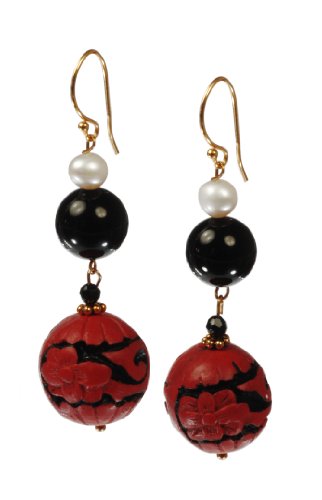 The Cinnabar caterpillar starts off pale yellow, then later becomes bright yellowish orange with jet black bands around it.

Caterpillars in the Field and Garden: A Field Guide to the Butterfly Caterpillars of North America (Butterflies Through Binoculars)

There are so many varieties of caterpillar out there. Don't we all want to know what is crawling on our plants?

Cinnabar Moth caterpillars use the Senecio plant family as foodplants. Because they are voracious eaters, they were introduced to control ragwort and Tansy in some areas, including the Western US, especially the states of Washington and Oregon. This is called biologically controlling the pest plants. Since Cinnabar caterpillars eat so much, they can decimate entire areas of weeds, and then they may even turn on each other if there's nothing else to eat. 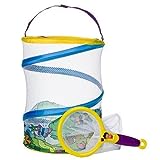 Though it used to be common to have fun catching bugs when people were little, many children today don't get to enjoy this simple pastime. Let your kids see some of the beauty of nature by going out and catching bugs then getting a good look at them.

These Cinnabar Moth caterpillars are biologically controlling Tansy on the Highlands Trail in Newcastle, Washington

Learn More about Moths and Butterflies

Get a field guide to butterflies and moths to learn about the flying flowers in your area.