With news that the gorgeous Angelina Jolie is being considered for a new film version of the story of Cleopatra, ruler of ancient Egypt, it raises the old story about authenticity in the movies.

Is history about to be re-written once again?

A perfect choice for the role you may think for a Hollywood Queen rated as the 'most beautiful woman in the World' to portray an iconic and supremely glamourous icon of history.

You may sing "For she's a Jolie good Cleo" in her praises.

If you did think this then you may possibly be wrong.

It could turn out to be the worst piece of mis-casting since Michael Caine became Batman's butler and Arnold Schwarzenegger won the audition for Governor of California.

The Queen of the Nile, who had love affairs with both Julius Caesar and Mark Antony, has been portrayed in movies by many glamourous women.

The likes of Vivien Leigh, Sophia Loren and most memorably Elizabeth Taylor in 1963 have adorned an Egyptian throne built by the backroom boys in the studio workshops.

She also provided the inspiration for William Shakespeare's famous play Antony and Cleopatra where Antony proclaims "But stirr'd by Cleopatra. Now for the love of Love and her soft hours." On the other hand to be fair Willie did also depict her as vain and histrionic.

But even today her name and her legend is still used to sell cosmetics across the modern world of commerce and beauty.

However it is claimed that Cleopatra, oft-regarded as one of history's most romantic females, was not the great glamour-puss that Hollywood has hitherto led us believe. The image of a hot-to-trot Cleopatra with powers of seduction is a recent invention of the flickering screen and the advertising industry.

An examination by experts at Newcastle University in the UK of a 2,000-year-old coin made of silver claims to have revealed her in all her inglory.

The University Assistant Director Clare Pickersgill says that although "The popular image we have of Cleopatra is that of a beautiful queen who was adored by Roman politicians and generals" they have apparently discovered that she actually had a pointed chin, thin lips and a sharp nose.

"Roman writers tell us that Cleopatra was intelligent and charismatic, and that she had a seductive voice but, tellingly, they do not mention her beauty."

Why let the truth get in the way of a good story perhaps.

If the Romans couldn't describe her looks then it sounds like they just ignored them.

Despite being an advanced society in ancient times there weren't any plastic surgeons around in ancient Egypt either. The coin dates from 32BC, a time presumably when looks were not really that important and when a good woman could compensate in other areas.

Perhaps Julius Casear and then Mark Antony were more attracted by her charm, charisma and intelligence rather than subjective eye-candy. She was known to be an astute woman with a high intellect and an endearing mishief that was seductive in itself. One story goes that Mark liked to cheat when he went out fishing with the lads. It seems the Romans were truly a corrupt people.

With no conscience or moral guilt he would arrange for fresh fish to be attached to the end of his line and probably the bigger the better no doubt. Then he would exclaim he had a catch and reel in his prize. Cleopatra knew about this and one day sabotaged Mark Antony's nefarious plan and when he drew in his line he discovered that he had miraculously caught a smoked herring.

There is another story that she bet him that she could serve up a meal worth 10 million sisterces. He took the bet. After a surprisingly ordinary meal he watched in dismay as she dissolved a pearl in a glass of vinegar and drank it.

As quoted in Shakespeare's tale "She is cunning past man's thought"

But perhaps more important than all this charm and sporting chicanery was that Cleopatra had power.

The ultimate aphrodisiac as it is often said and she had exercised a strong hand over Egypt.

She had kept the country independent for 20 years albeit a puppet regime of the Roman Empire.

But whilst the rest of area around the Mediterranean was being torn apart she survived and stayed in power.

But was she really a mannish looking woman in need of a good dentist? An Egyptian expert vigourously disagrees. Cleopatra has long been seen both in Egypt and elsewhere as a symbol of beauty and Zahi Hawass has challenged this new revelation.

The noted Archaeologist says that the notion of her being short, fat and ugly has no scientific basis. In fact he points out that a statue in an American museum as well as engravings of her in a temple in southern Egypt portray Cleopatra as a beautiful woman with a slim body and fine features.

The other side of the coin

Of course the 2,000 year old denarius coin has two sides, as most would do. But it is also two-headed. As it was forged in the personal mint of Mark Antony maybe he didn't only cheat at fishing. In general the Romans certainly didn't allow the Christians a fair fight against the lions did they? No allegations into match fixing by the bookies at the Colliseum have ever been investigated.

According to the depiction on the coin Cleopatra's dashing Roman lover had bulging eyes, a thick neck and a hook nose. An image of Gonzo from the Muppet Show springs immediately to mind. Perhaps that is being a little cruel but certainly there is only one movie depiction that reaches anywhere near such authenticity.

What a carry on

I reckon that the makers of the 1964 British Comedy classic 'Carry on Cleo' got their casting spot on when they picked the late, great Sid James for the role.

The craggy-faced comic actor with the bulbous nose and dirty laugh was born for the role if the University of Newcastle is to be believed.

Unfortunately the 'Carry on' crew also blew the role of Cleopatra by casting the adorable Amanda Barrie who's Betty Davis eyes and pretty smile caught the heart of the cinema-goers.

However she also had a really sweet sexy voice and a coquettish manner that bewitched Mark Antony in the film. So maybe Pinewood Studios got something right there as our serious Egyptologists would confirm that she indeed possessed a seductive voice and an irresistibility that transcended her looks.

It is no wonder then in that movie Sid gave a breathless exclamation to the camera of "Oh puer, Oh puer, Oh puer!" as he ran off, perhaps for a cold shower or a spot of fishing. And who could have blamed him after seeing Queen Amanda eyelashes a-quiver while she luxuriated in a pool of asses milk.

But experts also point out that notions of beauty change over the ages. This is certainly true considering the plump and sensous figures of the 17th century depicted in the paintings of Rubens for example. Besides depictions of ancient rulers were often used to project an image of their power rather than offer a true personal likeness.

Also a great deal of the written depictions of Cleopatra give one-sided descriptions of her as drunk and decadent. This is because they were recorded by the ancient Romans and we can only thank Hollywood for not employing any modern Romans as scriptwriters. We've been subjected to enough historic distortion as it is.

The politics of love

It wasn't all romance for our love-struck duo though as there was a political and strategic motive too for Mark's courting ways. He wanted the support of Egypt for his military campaigns in Armenia, Parthia and Mesopotamia. As she was the Queen of Egypt it suited her to have the support of Antony as it gave her added security amongst the turmoil.

However Lindsay Allason-Jones reminds us that "They had three children so they were certainly getting it together." as well as cementing Roman-Egyptian diplomatic relations. But they never did get married since Mark Antony already had two wives. Maybe 'three's company, four's a crowd' as they might say.

Lindsay confirms the obvious point that "I think what's interesting about the coin is that it still somehow comes as a shock that Hollywood isn't right - but it's still a good story."

Read other works of of hysterical history by Shinkicker 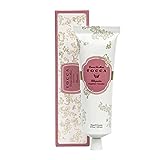