Colonel Anne vs. the Black Watch at Culloden

The Secret of Anne Mackintosh

Before 1966, an editor for the Detroit Free Press with nothing but a library card index and a landline telephone discovered the story of Lady Anne of Clan Mackintosh and Clan Chatten.

With only a No.2 pencil and a yellow legal pad, the editor recorded the life of Lady Anne, a colonel in the Scottish army in 1745-6. A woman. It was unexpected.

The story of Lady Anne was not in high schools or history books. My best guess is, since the former nearly-100-year-old editor was not taking phone calls in 2010, that Col. Anne's history was located in family genealogical records filed in Michigan, probably the Thumb Area and Upper Peninsula. These are the locations of hundreds of Scots descendants - Mackintosh, Macgillavry, Duncan...

The fact that leads me to this belief is the reference the journalist made, in several subsequent works, to octogenarian historians that gathered old written materials to log into county historical society records, often in rural areas of the state and often full of citizens of Scottish extraction and landmarks with Scottish names.

The local Scots and Scots-Irish ancestors had been poor crofters (handkerchief plot tenant farmers) in the Scottish Highlands and had come to Michigan and other parts of America, where they became farmers, dairy and cattle ranchers, and horse breeders in the North and merchants and farmers in the South.

The history of Scotland and of Scots in America from the 18th through 20th centuries is included in former Editor Lilian Braun's Cat Who series of 29 novels. Some of her readers are middle-aged women and middle-aged women often begin tracing family trees at that stage of life, after their children are in high school or college and the ladies have the time and desire to complete family histories for their future grandchildren.

Not all of these women are interested in genealogy and many readers of Braun are neither middle-aged nor women. The non-genealogically inclined might read Braun and not notice the historical and UK heritage references woven into each story.

By the time a reader reaches the middle of the book series, though, the novels' journalist-hero is living in a small Michigan town that is home to descendants of every clan represented at the Battle of Culloden and The Forty-Five (Scottish clan uprising of 1745).

James Mackintosh Qwilleran is the human hero of the books, aided by two cat detectives and a Scottish police chief named Brody. Jim is the son of Anne Mackintosh, who "looks like American film star Greer Garson."

Although no illustrations were placed in the American editions of the series, some UK editions present Jim and his Siamese cats in some illustrations. They may show Anne as well; however, if you compare the two photos here you will see that Colonel Anne looks like the Greer Garson, too. It is a clever story device. Eventually, a Clan Mackintosh Crest gatepiece Jim receives becomes the centerpiece, along with a portrait of his mother, of a Scots restaurant in the fictional Pickaxe, Michigan.

At least one woman fights in every war, outright or disguised as a man. During each year of historical research, another such woman is found. Some have been found and hidden again.

Lady Anne (1723 – 1787) was the wife of the 22nd Chief of Clan Mackintosh, Captain Angus Mackintosh, during Scotland's struggle for freedom from England. In a twist of politics, the chief, her husband, fought for the King of England, not only in the army but in the famed Black Watch, who were to watch and protect the Highlands (not fight against it).

Lady Anne did not accept this. Calling Clan Macintosh herself to fight for Scotland and Bonnie Prince Charlie - Charles Stuart, the rightful king of Scotland; although his daughter Mary had been placed on the throne in his place. In that era, a man who raised an army was named its colonel, so Lady Anne became Colonel Anne, commander of the forces against the Black Watch.

Some sources proclaim that Anne rode into battle; others state that she did not. The English were certain that she did, in defiance of the law of the time. 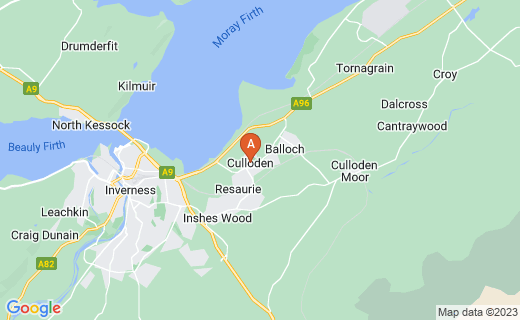 Clan Mackintosh was first to take the battlefield against England, at the Battles of Falkirk and Culloden; and fought in the very center of the Jacobite war-line at the Battle of Culloden, suffering heavy casualties. For much of the struggle, this was a windy winter war on the moors, full of snow, mud, ice and blood.

As The Forty-Five - or the clan uprising of 1745 against English rule - began, Clan Mackintosh and its larger Clan Chatten umbrella group were stymied by opposition to their own Black Watch. The Black Watch had been formed in 1725 to watch the Highlands, to safeguard them from attacks by other clans and by foreign forces. Now the Black Watch was against its very constituents. Captain Angus Mackintosh of the Black Watch supported King George of England in his rule of Scotland as well. Independently, his wife, Lady Anne recruited up to 800 men from Clan Mackintosh and others in the Clan Chatten Confederation to support reinstalling Prince Charles Stuart to the throne of Scotland.

Anne's troops - up to two batallions and 800 men - marched south to join Prince Charles's army under the command of her cousin. Alexander MacGillivray, Chief of Clan MacGillivray of the Confederation. During February 1746, Prince Charles lived at Lady Anne's manor, in Moy Hall. His presence was leaked and Comander Lord Loudon of the English at Inverness sent men to capture the Prince, whom they called the Pretender. Anne's mother-in-law heard of this plan in time to warn Lady Anne, who sent her household staff out on the lookout for the government army.

The loyal staff in the hedges spied 1,500 English soldiers and fired riles, screamed all the various war cries of Clan Chatten ("Loch Moy!" and others), and crashed widely through the underbrush and vegetation. Bagpipes scurrled the war song The Auld Stuarts Are Back Again.

Touch The Cat Bot (But) A Glove

Clan of the Cat: Clans Mackintosh and MacPherson

Clan of the Cat: Clan Mackintosh

The English troops were firghtened off in the belief that they were up against the entire Jacobite military and all its clans. Prince Charles escaped by water safely to France, from whence he had arrived for battle, and the incident became known as the "Rout of Moy" - a handful of Scots servants under the leadship of their blacksmith Donald Fraser routed 1.500 English troops.

The Rout of Moy recorded only one total. This was the Clan MacLeod official bagpiper, Macrimmon. Interestingly, he had predicted his own death before the rout in a song he wrote and called Cha til me tuille (I’ll return no more).

Angus and his men were later captured outside Inverness and Prince Charles paroled Angus to Anne. Later, Anne was arrested by the English and paroled to her mother-in-law. Humorously, Angus was in Anne's custody and she was in his mother's custody. Legend has it that Anne addressed him as Captain and he addresses her as Colonel. Fact has it that he died in 1770 and Anne lived to 1787 to hear of the American Revolution and yet another nation's freedom from English rule.

Moy Hall is still the seat of the MacKintosh clan chiefs and features the bed where Prince Charles Edward Stuart slept in 1746.

The Culloden in America Suffered During the Civil War 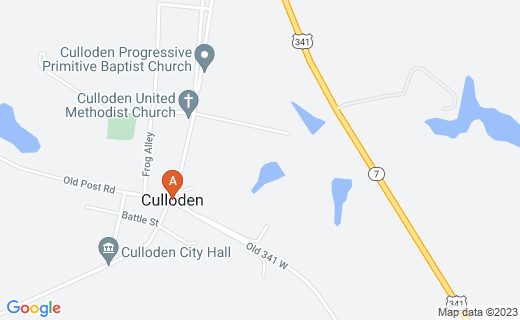