Misconceptions and Myths About the Middle Eastern People, Culture, and Islam

Myth #1: "Middle East" is a static term referring to a set list of countries.

The term "Middle East" does not have just one meaning. It is a general term that typically includes a small region from Egypt to Iran, but in recent years has been expanded to include countries from Morocco to Pakistan. The wider understanding of the term "Middle East" can be based on linguistic or religious similarities that unite the region, but this does not mean that all people in the region are linguistically, ethnically, religiously, or culturally homogenous. The cultural and ethnic differences between Pakistan and Morocco, for example, are vast, but they are united by Islam, which is the major religion in both countries, as well as most countries between them.

The map below shows the conventional definition of the Middle East, including all countries between Egypt, Turkey, Iran, and Yemen.

Who is an Arab, anyway?

The map below shows the wider definition of the Middle East.

"Middle East" is a "Eurocentric" term.

Today, many academics advocate using other terms to refer to the region, such as "Western Asia", which is oficially used at the United Nations.

When speaking about The Middle East in terms of language or religion, many people prefer to use terms such as "The Arab World" or "The Muslim World". This ties in a greater population outside of the physical region and can include people from all over the planet.

My thoughts? Educate yourself, but don't get too hung up on terms. When you're being specific, you can talk about North Africa (countries linked by the Sahara), the Gulf States (Arab countries bordering the Persian Gulf), or the Levant (four countries on the eastern Mediterranean). Otherwise, when describing something more general, such as the Arab Spring, I think it's ok to used the term "Middle East", as long as you understand the connotations.

A book that changed my life 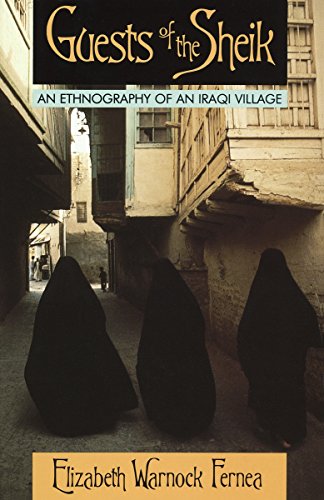 Guests of the Sheik: An Ethnography of an Iraqi Village
This book completely changed my beliefs about the role of women in traditional middle eastern cultures. I think everyone should read it.
Buy Now

Myth #2: "Allahu Akbar" is what Muslims say before a bomb explodes.

This phrase has been exploited by Hollywood since the 1960s in what some academics have called "Hollywood's Anti-Arab Campaign".

Called the Takbir, Allahu Akbar literally means "The is no God but God" or "God is great", and is used by Muslims on many occasions, such as during prayer, celebration, during an emotionally trying time, and, yes, by religious extremists. However, Hollywood has made this phrase synonymous with terrorism and suicide bombers, depicting men who recite this "Allahu akbar!" before a violent attack. While this is be one way that this phrase is used, it in no way represents the full depth and meaning of the Takbir to most Muslims.

Myth #3: A Fatwa is a death sentence.

In 1989, Ayatollah Ruhollah Khomeini in Iran issued a fatwa sentencing an Indian author to death for blasphemy. This event was covered extensively by the international press, and led to the misconception that the term "fatwa" effectively is a death sentence.

In truth, a fatwa is an opinion issued by an Islamic scholar. In most cases, a fatwa isn't even legally binding, just a formal way of giving advice based on Islamic law. While a fatwa can be a death sentence, it is usually concerned with far less interesting details of life, like marriage, finance, and moral issues. Depending on the country and the level of importance that religion holds to the individual, a fatwa can have different connotations. Since the beginning of Islam, thousands of fatwas have been issued, and most have not been in favor of anyone's death.

By the way, that author that the fatwa was issued against? His name is Salman Rushdie, and he is still alive.

Jihad is mentioned many times in the Koran, and is translated into English as "struggle". While Jihad is not one of the five pillars of Islam, it is sometimes referred to as the unofficial "Sixth Pillar", and is considered an important spiritual duty.

Originally, jihad was used in the early stages of Islam to represent the struggle to spread the religion, but separate words were used for actual fighting. In modern Arabic, jihad can mean any type of struggle, and has even been applied to fights for gender equality. Modern Muslims define the word differently, depending on their country and culture, but some of these definitions can include:

In modern times in which many Middle Easterners find themselves living in impoverished and oppressed conditions, it has been easy for people with political motivations to take advantage of desperate young people and convince them to partake in jihad as a form of "holy war", what we call terrorism. However, it is important to keep in mind that most news channels have miseducated viewers, and that most Muslims do not consider jihad to mean holy war.

Knowledge will set you free 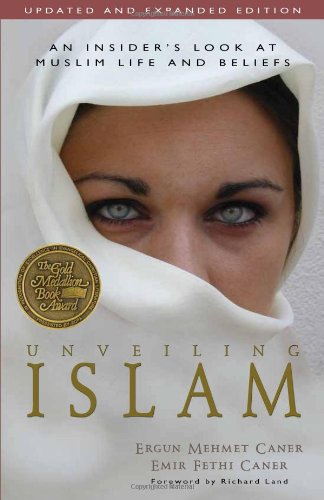 Unveiling Islam: An Insider's Look at Muslim Life and Beliefs
The more we know about other cultures, the less hate and violence there is in the world.
Buy Now

Myth #5: Countries in the Middle East are poor and violent

This is a stereotype that is also driven by the media, which generally covers countries in the Middle East that are involved in wars. The truth is that because of its strategic physical location at continental crossroads and the recent discovery of oil, the entire region has seen large amounts of conflict in recent history, coming from outside invasions and also from internal conflict over ethnicity and religion. Much of the internal conflict started after World War II, when England and France divided several Middle Eastern regions into countries arbitrarily, without heeding cultural, religious, or ethnic differences. The founding of Israel has also been a source of great struggle and animosity, with many Muslim and Arab middle easterners sympathizing with the Palestinians who have been displaced.

It is also true that there is widespread poverty in many countries in the region, as well as government oppression, as seen by the backlashes of the Arab Spring (now the Arab Autumn).

However, it is important to remember that there is endless variety in the region known as the "Middle East". A teenager from Amman, Jordan, will likely relate much better to teens from the United States than to a Bedouin teen from the same country. Some of the most developed countries of the world are in the region, such as the United Arab Emirates and Qatar, as well as some of the least developed, like Afganistan.

For more info on this topic, check out this hub:

Lonely Planet is my favorite 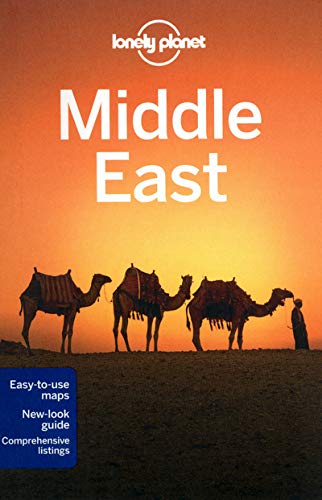 Lonely Planet Middle East (Travel Guide)
Of course, the best way to understand a place is to experience it!
Buy Now