Karen has lived in the Whitsunday Region since 2009. The Great Barrier Reef is a four hour boat ride from where she lives.

Cone shells or cone snails as they are sometimes referred, relate to the family of predatory gastropods. The cone shells is one of the many organisms inhabiting the Great Barrier Reef, along with live coral and numerous varieties of colourful tropical fish. The shells are as the name suggests, shaped in a perfect cone that tapers from the base in much the same way as a pine cone. The cone shells have an attractive look about them, some with brilliant eye catching colours and such intricate patterns that children have an instant desire to pick them up but their outer covering is spiked with poisons that can cause serious injury on contact.

Some Facts About the Great Barrier Reef

The Great Barrier Reef is the largest coral reef system of the world and was named as one of the seven natural wonders of the world and came in at number three on the list of the seven underwater wonders of the world. Apart from the live coral of the reef the waters are alive with whales, dolphins, turtles and 1500 species of fish. It is such a vast area it can be seen from outer space stretching along the Queensland coastline of north eastern Australia.

The Dangerous Marine Creatures of the Great Barrier Reef Series has been commissioned by Toscana Village Resort, Airlie Beach Accommodation.

Great Barrier Reef From Above 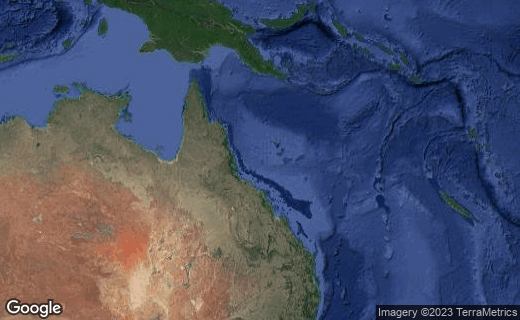 What is a gastropod?

An animal in the gastropod family means it has a soft body and lives in a single shell. The common garden snail is part of the family and just as the garden snail has many varieties, there are 80 different species of cone shells in Australia, many of which are found inhabiting the Great Barrier Reef.

What is it about cone shells that make them predatory?

Surely these innocent and beautiful looking shells are not destructive or greedy are they? In actual fact, the surface of the shell while perfectly cone shaped and attractive, has hidden teeth which act like small harpoons strong enough to penetrate clothing. The animal will use these spears whenever it feels threatened but mostly to prey on other marine organisms.

The harpoons shoot out toxic peptides that are considered highly poisonous. Because there is no antivenin from the poisons of cone shells, medical attention should be sought immediately. Pressure immobilisation first aid needs to be applied and in severe cases assisted ventilation. Symptoms might include slurred speech, blurred vision and muscle weakness. Identifying shells before contact is imperative to staying safe while playing in the region.

Apart from the dangerous cone shells there are many beautiful and less harmful shells to be found along the reef. There are also a number of edible shells from the miniature clam to rock oysters. The Great Barrier Reef has no less than six of the eight varieties of large clams of the world. While not so much an edible treat they are certainly something to view from a distance. Care should be observed that no foreign particles enter the delicate inside of the shell if you are lucky enough to find one of these open mouthed as you explore under the surface and around the coral of the reef.

Airlie Beach Gateway to the Whitsundays and the Great Barrier Reef

If you are planning a trip to see all the Great Barrier Reef has to offer, Airlie Beach is well worth a look as the place to settle in and plan your adventures. The town is known as the gateway to the Whitsundays as a number of the 74 islands are within easy reach by boat or ferry. Tours to the Great Barrier Reef itself are varied and plentiful from half day snorkel tours to overnight stays as little as thirty minutes away.

The Dangerous Marine Creatures of the Great Barrier Reef Series has been commissioned by Toscana Village Resort, Airlie Beach Accommodation.