My 10-year-old daughter is in the fifth grade this year. She has been in public school since second grade. Her kindergarten and first grade years were spent at a private Christian school where my husband and I had to pay for the tuition as well as the uniforms, which had the school’s name and logo embroidered on them. This was something we accepted because we chose to put her in this school that required certain parameters. However, as our financial situation became strained, we found ourselves ultimately making the decision to transfer her into public school where we would not have to pay for anything. However, during the enrollment process, we were informed that we would have to purchase uniforms. Now, if uniforms were equal in cost to that of typical school supplies, that expense could be factored in rather easily. However, that is not the case. Facilitated by this fact, I began researching what, if any, the positive factors are for wearing school uniforms, and whether those factors can be substantiated. Finding a myriad of information as to the positive aspects of wearing school uniforms along with the arguments that discredit them, I am now able lend credence to the reality of the school uniform issue: their expectations abundantly exceed their purpose.

As my initial concern with the uniform policy centered on a monetary standpoint, the financial aspects regarding uniforms is the first issue upon which I will focus. Those in favor of school uniforms indicate that uniforms are inexpensive, especially for the quality of the clothing. This may be true to some extent. However, it is not just the quality of clothing people are looking for when they buy, but style and color as well. What people are really interested in buying are options, and those are limited with uniforms.

Furthermore, to state that uniforms are inexpensive is not an accurate assessment. Perhaps they are affordable to some, but not to the general public. Consider this: what are students expected to wear off campus? They’re certainly not going to be wearing those uniforms. What that means is that, not only do we have to purchase a school wardrobe, but now a secondary recreational wardrobe is needed as well (What to Wear?, 2007). That can get pretty expensive, even for those of us who shop at second-hand stores. Not only that, but we are now seeing a different standard with regard to the supposed equality that uniforms bring within the different socioeconomic groups. No longer do uniforms represent uniformity when we are seeing the so-called “cheap” Wal-mart uniforms in comparison to the more expensive, thus “better” uniforms being sold at places such as Abercrombie (Diskin, 2010).

Building on the premise that uniforms are deemed beneficial enough to mandate a policy requiring them within allegedly “free” public education, I would argue that there should be a state-funded program available for providing uniforms in order to avoid burdening families with little means. I know that this country is in an economic crisis, but is that something that was taken into account before pushing this policy through on the public? In other words, if officials think that uniforms are so necessary, they need to back up their position and be willing to unburden their pockets for the cause.

In an apparent effort to recognize the financial woes of some families, Target, Project Success, and United Way, among others, have provided a grant program for those families to receive uniforms free of charge (Pickles, 2000). However, I recognize a potential downfall to this grant program. The families would first have to qualify, and this can be an arduous process. This could also be a potential problem for any government program that may be offered. As my family was denied last year an extension to our previous six months worth of benefits, I understand the laborious process of gathering all the information the welfare office needs, as well as the continuous attempts at contacting someone regarding the case status, only to be directed to voicemail and never receive a return call. This, in turn, forces a trip to the welfare office where you have to stand in line for hours with two screaming kids until they get so fed up with you that they take you next even though your number isn’t close to being called yet. Once you have made your way to the front of the line through the multitude of dirty looks and whispers, all your efforts have been defeated when you are told that you make too much money to qualify for benefits, even though you know you are not able to pay all your bills without government assistance. Because of this agonizingly uncertain process, I would propose that, if uniforms are required without negotiation, the school should implement some kind of program to unequivocally and impartially provide these uniforms to all students regardless of financial status.

Can violence be controlled with uniforms?

Although financial concerns play a big role in the school uniform debate, there are other seemingly questionable viewpoints that transpire among the advocates for the policy. For instance, some proponents have made the argument that wearing uniforms eliminates clothing being stolen or even outbursts of violence due to clothes people wear (What to Wear?, 2007). I must admit, this certainly gives an appealing impression of love, peace, and harmony. But, we live in the real world where theft and violence are prevalent everywhere. If it’s not about the clothes we wear, perhaps it’s because of the hairstyle we’ve chosen or the music we listen to. There is always something. Can every conflictive thing be modified to eliminate unfavorable behavior? Proponents have also suggested that wearing uniforms prevents students from wearing gang colors (What to Wear?, 2007). According to Diskin (2010), “There can be the group that decides to wear its collars turned this way or another group that wears its socks a certain way.”

It seems to me that perhaps uniforms are not the answer. Maybe a more suitable solution would be attempting corrective action upon students who are responsible for disruptive behavior. If no willingness to comply comes from violent and non-productive students, I would recommend kicking them out. Chances are they don’t want to be there anyway, so say your farewells, and give the students who care about their education a chance to focus on their success.

Do uniforms bring our children together?

In an article I read recently, one supporter of school uniforms stated, “[The uniforms] bring unity to the school” (What to Wear?, 2007). Unity? No. How about the truth: uniforms don’t bring unity; they breed conformity. Students are not allowed to express their own individuality. People in general have a basic need to express themselves through appearance, as well as other factors. But children are still trying to discover themselves, and by enforcing the use of uniforms, that process is being hindered. As a high school senior stated, “We were made to be different; we were not made to be uniform” (Kizis, 2000).

Among another viewpoint weighing in on the side of advocacy is that uniforms promote a healthier concentration to schoolwork, facilitating higher test scores (Kizis, 2000). However, this argument has never been proven. In fact, studies have consistently shown that students who wear uniforms compared to students who don’t, reflect a slightly lower percentage on test scores (Brunsma & Rockquemore, 2003).

Yet another supportive reflection associates uniforms towards security measures, indicating that officials will be more aware of strangers entering the school. Perhaps these officials are unaware of the fact that school uniforms are readily available to buy at any department store, as variations in color and style between schools are rare. Without a school logo or specialized style, uniforms fail miserably at signaling security breaches.

Does it eliminate the need for a dress code policy?

One last deduction from the uniform enthusiasts explains that because the choices of dress are limited, uniforms eliminate the, at times, very liberal abuse of a simple dress code policy. Allow me to point out that clothes can be modified, and school uniforms are not immune to this. Girls can hike up their skirts, and boys can pull down their khakis to reveal their underwear, but, technically, they are still in uniform. The rules put in place to prevent these instances have a name: it’s called a dress code policy. And isn’t that what uniforms were meant to replace?

Although there are many points upon which supporters of uniform policies can draw from in an attempt to validate their claims, equally as many arguments to dispute these claims also exist. Conclusions can be drawn from both sides of this debate to challenge one another. My stance seeks to question the relevance of school uniforms in the interest of financial factors, possible negative behavioral aspects, and unsubstantiated points of view that assert the alternative position. Based on my research, I’ve come to a simple conclusion: the mandatory uniform policy that has been adopted by many public schools should be abolished, and those impending schools contemplating conforming to conformity should consider the issue more seriously before making the leap. 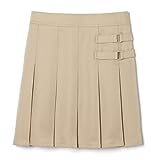