The very first thing you must do, is find a place far enough away from the light pollution of civilization. For some people this may require some travel. Light pollution is pervasive and there are not many places left anymore that are totally free of light pollution. These places tend to be in locations like deserts, far out in the oceans, mountains, the high arctic and Antarctica. Many are inconvenient, and in addition, one has to consider the weather. The best for this type of activity is thus limited to desert regions as the best places. In the N. American continent, this would be places like Nevada, Arizona, the interior of California in Death Valley. In Canada, this would be the central BC and much of the plains. Few people live there and it is easy to get away from light pollution to clear nighttime skies, which is what is absolutely necessary for naked eye astronomical observation. However, a desert may be inconvenient for other reasons. A good flat location that has plenty of clear days and nights with little light pollution should be suitable enough.

Once you have selected an ideal location, there is a lot to do to map out the medicine wheel naked eye astronomical observatory. It would be good if you have one competent helper. The very first consideration is that you will need to spend at least a year on location in order to map out the basic annual transits of the sun, the east rising point, the west setting point, the north and the south points. So a consideration may be to live in the location. For longer terms, you will have to consider a 19 year period, year by year for the extent of certain cycles which will include almost all prominent naked eye planets such as the sun, moon (metonic cycle), Venus, Mars and Jupiter.

Getting the correct orientation of the average solar transit is best done on either the spring or fall equinox. Establish your center point of observation. You can roughly determine east, west, north south, by planting a vertical stake. Track and mark the tip of the shadow at two different times about an hour before and an hour after high noon. A line sighted between the two marks of the shadow tips marks your approximate east-west line along the ground. Bisect this line to get your north-south perpendicular. You have set up the basic geographical compass. Mark the four extreme ends of the two lines with some stones, preferably ones that won't be mistaken for others. You may want to mark them E, W, N and S as an example, so they will stand out. You will be making slight adjustments later.

You will have to get up before sunrise in order to plot the spring or fall equinox solar rising the moment it breaks over the horizon. This is where your helper comes in with a stake. As the sun rises, get them to move left and right until centered on the solar rising position. When this is done, the helper can plant the stake of place a marker stone in the the exact position. It would be good if the helper is a considerable distance from you for increased accuracy. Now, wait for sunset and just as the sun is dropping below the horizon, do the same thing. Be sure that the center to west point is near as equal as you can get to the center to east point. Now you have your east-west line based on the equinox. You may want to draw a great circle from the center and based on the length of the line to the east or the west. Bisect this line to get the north-south line. Here is where accuracy comes in again, so let's do the bisection properly. To properly bisect a line to create a perpendicular line angled at 90 degrees, you need a rope that is longer than the center to east or west point. For starters, one end will have to be anchored at the east point. This a sharp stick tied to the loose end and drive firmly into the ground or held firmly in place by the helper. Move north of the east west line and scribe an arc. Go to the south of the line and repeat the process of carving an arc. Remove the anchored end from the east point and fix it in the west point whether you use a driven stake or a helper. Repeat the process of scribing arcs in the ground so that they cross the first two arcs you carved. Place sighting stakes or stones at the intersection of the two arcs north and south. Lay a long line across these and across the east-west line to establish your north-south line.

When you are done, you should have a great circle divided into four sections. From there, you can plot the entire solar year and where the sun rises and sets every day for the extent of the year. Each time a significant stellar occurrence happens, mark that on the great circle. As time passes and permits, you may want to build more permanent structures at each of these points and mark them according to what was observed, such as the solar winter and summer solstice rising and settings. Over 19 years you may be able to track the 19 year lunar metonic cycle and the 18.6 year lunar nodal cycle, which will prove helpful in predicting eclipses. You should also be able to plot the 584 day and 8 year cycles of Venus, the almost three transits of Mercury in a year and the Synodic periods of Mars and Jupiter. These will all have to be carefully marked. As the years progress, you might even consider erecting a stellae or obelisk that when sighted from your center observation toward the south, will mark the angular relationship of the noonday sun during the three most important points, that is, the solstices and the equinox elevations of the sun. You may also want to erect a complex of vertical markers for the more complex cycles of the moon and Venus. With these, you should be able to determine the complex cycles of the moon and the greatest elongations of Venus. If you do this for Mars, you will eventually be able to track Mars' retrograde periods as well.

Then there are the stars and the galaxy. This is where things can get busy. Typically, chosen stars are the brightest, such as Sirius, the Pleiades, Orion's belt and the like. Thus, to learn about constellations and principle stars and when and where they appear through the year will be an asset. There are many to chose from and you can chose as many as you like. Typically, only the brightest stars along the ecliptic are used for annual predictive astronomy.

Why do predictive astronomy? The ancient sky watchers who obsessed over such issues needed to be able to predict the best planting times. For a agricultural, and even a hunter gatherer society, these timed events were crucial for survival. The Earth has a history of upheavals that occur in an unpredictable fashion. Thus it would be good to know the fundamentals of naked eye astronomy in the event that civilization falls and you need to have some kind of timing so as to know when to plant. It follows that you will also need to know the relationships between the sky and events on earth. This is where heaven meets earth in an astrological application. It will do no good if you plant your spring peas in the fall. They need to be planted in the spring! Thus having a medicine wheel sky calendar will prove to be a tremendous asset when technological civilization becomes a thing of the past. 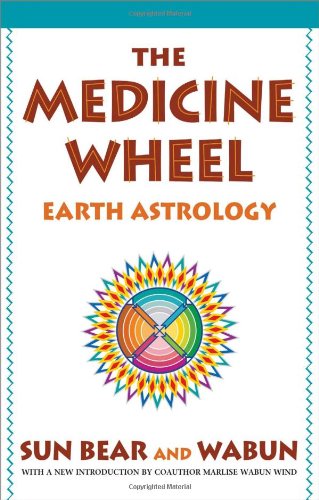