Photo source: Beautiful hand made jewelry! To see for yourself please go to:

Recently I have started to feel the aches and pains of possible Arthritis in my left hand. It may have been caused by the fact that I picked up a kettle thinking it was empty but it wasn't. In fact it was so heavy it twisted my hand and its never been the same since.

So it seems the older we get the longer it takes to heal or not heal as in my case. We all suffer from wear and tear in our muscles and there are many types of medicines to help keep us supple in our hands and wrists.

But sometimes we don't like to take too many meds. So having an alternative is the way to go.

I had heard of copper bracelets and also copper with magnets but to be honest I hadn't really thought about why or how they worked.

Of course we have all heard that copper is wonderful for Arthritis and Rheumatism, but just how successful it is never seems to be discussed. I don't believe I have ever seen copper mentioned in any health program on TV or radio. So who came up with the idea of copper? And why?

Now here's the thing. After researching this it seems there are a number of different opinions about how or why copper actually works.

According to Web MD a health site, there is absolutely no real evidence that copper actually works on the body in any way to alleviate the symptoms or pain of Arthritis or Rheumatoid arthritis.

A study was done with over 70 people taking part. Over a five month period, four different devices were worn to see which ones really helped.

It seems that after doing blood tests, the long and short story of it is that they all work on the placebo affect. But do they? It seems that even modern Doctors don't know everything.

Why? Because I know it works. I have a copper bracelet and my hand feels so much better now. I don't believe it's a placebo. I am much to skeptical for that. So how does it work?

Why Not Try A Copper Bracelet For Yourself? 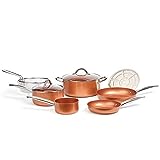 Amber McCleary and The Copper Pyjamas.

Amber is a student from Portsmouth England, she is studying forensic psychology. She was trying to figure out how to make a dogs bed that didn't smell, well, doggylicious!

So she added copper to the cloth.

Copper has antimicrobial properties which in plain English means it can kill the smelly bacteria that causes the dog smell.

But then like all great scientists, alchemists and everybody in history who decided to invent a particular chemical or product, Amber got side tracked when she found out her friend was suffering from MRSA the flesh eating bug while she was in hospital.

So she decided to send a sample of her invention, part copper and foam, to MGS Laboratories in Berkshire England, where they underwent stringent testing.

They placed the copper and foam in a petri dish and incubator, one dish without the copper developed MRSA, the other one didn't. The test was a success! The copper killed the MRSA bacteria.

Amber then went on to make pyjamas and other bedding for people in hospital who were suffering from MRSA. And that included her friend Gemma Wilby.

Gemma had recently given birth by Caesarean and had a beautiful baby boy. But the wound became infected. She was given a daily cocktail of drugs, emergency surgery and maggot treatment. But nothing worked.

Then Amber brought her copper PJs, socks, bedding and a gown. Soon Gemma made a full recovery!

Since then Amber has gone on to patent her discovery, and now has a website and backing for her products. Oh, and she also has patented and made the dog bed too!

Well If Its Good Enough For Hippocrates.....!

Did You Know? The Edwin Smith Papyrus

Ancient civilizations actually knew the value of copper for healing. The antimicrobial properties of copper were well known even before the rest of the world knew about germs or bacteria. These civilizations were curing people of all sorts of nasty bugs.

What's more, they knew if water was carried in copper containers then it was much better for your health!

How do we know?

Well, an ancient Medical Text called the Smith Papyrus, (2,400 BC), mentions the usage of copper as a sterilizing and healing substance when placed in water. They also placed the copper on wounds because they realized that copper healed the wound much faster than the usual methods.

The Papyrus is named after Edwin Smith the man who bought it in 1862.

In fact the most well known healer in ancient history, Hippocrates, was said to use copper as a cure for leg ulcers. They ground down the copper into a powder and poured it into the wounds.

In the 19th century when the cholera epidemics were raging through France, it was found that the men who were working in the copper mines were immune to the illness!

It seems that copper is one of the best natural healers of all!

So, now we know the clever healing of copper, what's that got to do with copper bracelets and arthritis?

Well, evidently back in 1939, a German physician, Werner Hangarter, living and working in Finland, noticed that the Finnish copper miners were not affected by arthritis like other people. He realized that it was because they were working with copper.

Soon a German medical team studied the properties of copper, and started to treat people for rheumatic fever, rheumatoid arthritis and sciatica, as well as neck and back problems.

There is so much more to copper than we think.

The healing properties of copper go on and on. Who would have guessed? Not me.

The healing properties of copper are not shown on TV or in magazines.

We buy what is advertised and take notice of the media. Simple as that. But we never ask, or check. Once again I ask, why? This is a pretty big thing in medicine, surely it should be explained to consumers?

Because of the lack of knowledge, some people believe these alternative medical treatments work, and others believe its the placebo affect. As we saw from the Doctors thoughts at the top of the article.

Well let me tell you, its definitely not the placebo affect. Along with medical proof that is many thousands of years old, I know for a fact that a copper bracelet works.

As I mentioned I twisted my left hand about six months ago. Its never healed so I had to wear a support throughout the day. But it still hurt. Whether it was poor healing or arthritis setting in I don't know.

Nothing they could do doctors said, just take pain killers.

Two weeks ago I bought a copper bracelet. And guess what? No more pain! Its gone. I know for a fact that this is not the placebo affect. I can actually pick things up very easily now.

The copper is working and thank goodness for that!

I believe its something we should all try out if nothing else is working. You never know you may just be surprised.

Do You Believe In The Power Of Copper?