Why the Roman Empire Never Conquered the World.

The Roman Empire Should Have Conquered the World.

It could be strongly argued that the Imperial Roman Empire was responsible for defeating, and dominating most of the known civilizations back in the ancient world. I wonder, if it would have been possible for the culture, law and empire of the Romans to have dominated the world we know and live in today. In our modern world view with satellites and the Internet, we seem to see this planet as being a tiny place.

With our modern aircraft we can span the horizons in less than a day, something that the Roman generals could have only dreamt about. Rome brought civilization by the sword to much of the world, whether the Roman brand of civilization is superior to the indigenous cultures is a question for a different time and hub. With the resources, technology and military power than Rome had at its command, it was the superpower of many centuries.

So, why did the Roman Empire not spread and conquer the entire world?

The Full Extent of the Roman Empire

At the height of the Roman Empire it is estimated that in the second century A.D, Rome had a population of 45,000,000 citizens. The estimated world population at that same point in time, is estimated to have been around the 500,000,000 figure. Of course these figures cannot be classed as totally accurate as census records where only kept for the Empire and records can be false and lost to us through the passage of time. Rome at its mightiest spanned from the Island of Britannia in the West to Arabia in the Southeast and tracts of land in Armenia, Georgia and Azerbaijan in the East. The amount of modern day countries the Romans had control of was impressive.

But the Roman Empire even at its most powerful, only covered at most 10% of the Earths landmass. When you compare the full annexations of Rome's territories to that of the British Empire's it does not seem as large. Of course the British Empire was over 1500 years later on in our history. It is estimated that the Roman Empire could call on as many as 500,000 legionnaires to police and maintain order, as well as their main military use in battle. The occupying military forces were often assisted by friendly tribes to Roman, who provided the Legions with auxiliaries. These local troops were more interested in settling tribal rivalries than the good of Rome. Although many subjugated citizens did enlist in the Roman war machine.

The Senate Held the Power of Ancient Rome.

The Anarchy Outside the Walls.

Outside of Rome's sphere of influence there was a lot of tribal rivalry and distrust. The tribal distrust of the free tribes initially allowed the Roman invasion commanders to play individual tribes off against each other. The wealth of the Roman Empire was ultimately a curse to its longevity, although some tribal leaders say profit in a formal union with Rome. Others saw that there was a great prize ready to be exploited. If rival tribes could put there differences aside, there would be a common goals to strive for. The tribal customs and freedoms would be untainted by Roman influence and the war leaders would be rich beyond their greatest expectations.

Rome was surrounded by tribal groups who either feared the expansion of Rome, or where very envious of the wealth that the higher classes possessed. Rome also had to deal with the renegade factions within its own Empire. Not only did Rome have rebellious natives within its borders, it also had social friction and the selfish interests of the old Roman families to deal with.

Rome was unable to fully conquer a few obscure but strong Western European tribes such as the Pict's of Scotland and many of the tribes of Germania. Surviving Roman historical texts state that there was noted rebellion by the Iceni in Britannia, by the Jews in Judea and the people of occupied Greece. The Roman war machine did not have chance to follow in the footsteps of Alexander the Great and conquer up to the area's of modern day India and China.

There was Resistance to the Roman Empire

A Change Within the Roman Empire.

The Full Reach of Rome.

Could Ancient Rome have conquered the entire world?

Was the World an Unrealistic Dream?

It is my opinion that Rome would never have been able to install the Roman way of life into every citizen of the world. The main reason for this is that not every person would lay down their culture without a fight. Although a country can be taken, and land annexed, history has shown that you cannot destroy or defeat the desires of an individual. Rome did not possess the infrastructure to grow with its territorial advances under the like of the Emperors Julius Caesar, Claudius and Trajan.

Rome would not have had the logistical or technological support to invade whole continents such as Australia and the Americas. None of these continents were known to the Roman Empire, and even if the Legions could attack the natives of these lands, they would not have had the numbers to dominate the native tribes. We must also be aware that the Roman soldiers would have been weak from their travels and their numbers on each journey would have dwindled due to disease.

For all of Romes success it was unable to unify defeated tribes and tried to fight campaigns on too many fronts. The only way the Roman Empire could conquer the globe would have been to use local tribal auxiliaries to augment its own numbers and defeat a common enemy. Rome became stagnant in its success, and was unwilling to adapt to the changing times it was living in. If Rome was more flexible and accommodating then the Roman Empire could have marched onwards through all enemies. But the nature of the Roman Empire was to spread the ideals of Rome.

Would the Entire World be too big a Challenge? 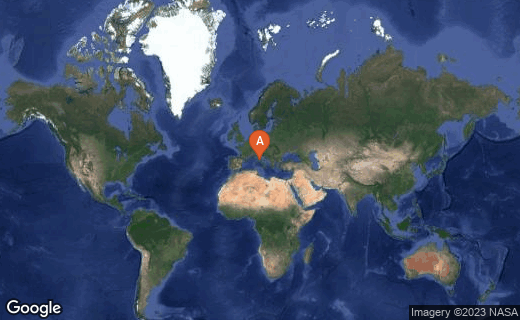