Countries with More Women than Men

Countries with more women than men include Estonia followed by Latvia. Yes, Estonia and Latvia are the countries many men would want to visit. Countries with more men than women include United Arab Emirates followed by Qatar. The number of males for each female is called human sex ratio. Naturally, in most species, the ratio of females to males should be 50:50 which is due to evolutionarily stable strategy.

The difference between the number of males and females is called gender imbalance. The gender imbalance will come as a result of war casualties, deliberate gender control and gender- killing.

Do You Want To Live Longer

How to Live Longer and Feel Better
Buy Now

Generally, women have a higher life expectancy than men. Women are kind. When a woman loves a man and her children, she gives herself entirely but unfortunately many women lose themselves while giving to others – a woman hardly finds space to stand back to discover who she is and what her needs are. A woman will see her roles as those of a loving wife and mother, efficient housekeeper, a good cook plus a host of other things. These roles are repetitive and boring. Women (read wives and mothers) honestly believe that their families possibly can not manage it without them. And it is true, if a woman crumbles away and be nobody at all; all those whose needs she serves are trapped with her too. Ask a man what would happens to his family if he dies and he will comfortably tell you his wife will take care of the family. Ask the same question to a woman and she will tell you her family will not make it. It is because of this that the woman is extra careful in reducing risks to her life, than a man, to the extent that the average life expectancy of a woman is a whopping ten years more to that of a man.

A Woman Has Less Iron than Man

At the age of eleven years, a woman (girl) will start going through what they call women menstru*tion cycles and once every 28 days she loses some of her blood and as a result she loses her body iron content. An average woman has less iron than man. Iron will gradually react in body cells and will produce free radicals which contribute to faster aging in men than women.

Unlike women, men are very good in consuming roasted red meat and red meat has high iron which reacts in body cells and will produce free radicals which contribute to faster aging in men than women.

Women have no problem sharing their problems with other women. This leads to less stress. Men like keeping secrets to themselves and as a result they are more stressed. Stress will lead to high blood pressure and heart diseases.

Women are spending more time indoors with children than men - indoors is relatively secure as compared to life outside in cold night clubs and deadly highways.

Men are said to be strong and brave but only to their disadvantages as more men are killed in wars and conflicts than women - WWI and WWII killed very many men in Western Europe and Soviet Union, including Latvia and Estonia.

Do You Want A Baby Boy? 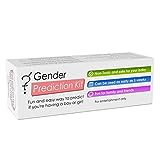 Baby Gender Prediction Test Kit - Early Pregnancy Prenatal Sex Test - Predict if Your Baby is a boy or Girl in Less Than a Minute from The Comfort of Your Home. Super Fun Gift for Reveal Party.
Buy Now

In many societies, the boy child is considered very valuable as he is able to carry the family name as well as taking care of family’s properties in the future. As a result of this the girl’s child is discriminated and in some countries female foetuses are aborted before birth. China is an example of a country that implemented ‘one child’ population control policy of 1979. Since Chinese couples have a preference to a boy child over a girl child, women would secretly find out the gender of their fetuses leading to an increased number of girl child selective abortions and murder. Today, more than 25 million Chinese men are finding themselves facing singledom, and the major factor contributing to this is selective sex abortions of girl child. When men do not match adequately with women, we get social problems such as forced prostitution, illegal marriages, abductions and trafficking of women.

Countries with More Men than Women

United Arab Emirates, Qatar, and other Middle Eastern countries are countries with more men than women up to a ratio of 2 women for every 5 men. What happened in those Middle Eastern countries is that during the property boom of late 1990s, cheap labor was imported from developing countries like China, India, Pakistan, Bangladesh, Philippines, etc. Most of these workers were men but had to go to United Arab Emirates and Qatar on condition they were not to take their spouses and children along with them. And behold, they now have that high ratio of 5 men for every 2 women.  There are several dangers of such high ratio of men to a country as there is the possibility that girls going there to worker as maids/domestic workers from developing countries may actually be going there to ‘take care’ of these men – and that is human traffic and abduction of young girls in name of ‘working as domestic worker/maid’.