Courtship Strategies (What We Can Learn From Animals)

Creativity is the Key

When Johnny comes a-courting, what does he do? - wears his best shirt, puts on cosmetics, sprays perfume, sings love songs, writes poems, gives gifts and creates other ways just to win the heart(s) of the opposite sex. If we think us human beings have patented courtship strategies, think again. Animals are far more creative!

In the animal world, the dictum is – “thou shalt ensure fertilization!” And different animal groups go through great lengths just to follow this dictum. Many animals use all their senses and then some when exhibiting courtship behavior.

Just like human beings, animals have exploited the sense of sight to ensure that they will find the right mate. Foremost is the magnificent display of the peacock. Peahens always choose to mate with the peacock that has the most stunning set of tail feathers. Male birds are thus constantly preening themselves to keep their feathers well-oiled, with not a strand out of place (reminds us of males always fixing their hair every time they see a mirror, right?). The idea is that those with beautiful feathers are healthy and have good genes that can be inherited by the young.

Some birds like the egret even produce special lace-like plumage called aigrettes during breeding season. The plumage is so beautiful that it not only attracts the female egrets but also hunters that stalk and kill these birds to make money from the plumes. These birds are now close to extinction.

The male bird of paradise displays not only for the females during breeding season, but also for other male birds.

Night animals like the fireflies excite the sense of sight by light and color display. Male fireflies when flying around to seek a mate use flashes of light (like the Morse code). The pattern of flashes differs for various species of fireflies. Female fireflies, if interested, will use the same flashes to communicate their readiness for the male. Some species even use different colors and intensities of light to signify their intentions.

If animals cannot produce color or light, they use sounds to call the attention of their potential mates. We are familiar with the call of the male frogs during rainy season. Each frog species has a different call – “kokak,” “moo,” “ribbit” just to name a few. If you listen to sounds after a heavy rain, you will hear even greater variations. Females do not make sounds but will go to where the sounds come from and choose their mate from among the “singing” males.

Of course, birds are also known for their calls (songs)! The song is not only a call for mating but also a signal for range of territory. Birds thus identify each other not just by their feathers but also by their calls.

Though serenade or “harana” (in the Philippines) is a dying courtship ritual in human society, it remains very much alive among birds and frogs and even insects.

The senses of touch and taste are extensively used by salamanders, snails, insects and fishes.

A female tiger salamander touches a male on its tail with her nose. This signals the male to release a package of his sperms which the female then picks up and inserts into her genital opening. A second sneaky male salamander however may push himself between the pair and drop his own packet of sperms on top of the other male’s sperms. The female then unknowingly picks up the top pack and leaves behind the sperms of her chosen male. (Sounds like some story line in a movie?).

The record for longest courtship & copulation ritual in the animal world goes to several species of snail. The ritual involves a lot of touching-tasting-rubbing actions that can last up to six hours! (Care to try beating that!).

Actually, snails are hermaphrodites – that is, a snail has both male and female reproductive structures. However, two snails go through that marathon ritual as they exchange sperms that will be used to fertilize their own eggs. Why go through the process if they can do it on their own? This is to create diversity in the snail world. Also, how exciting would that be?

Love Is In the Air

The sense of smell is another potent instrument of courtship. Animals release chemicals called pheromones that serve as signals to potential partners. This time, it is the female partners that produce distinctive smells that indicate their reproductive state. The smell intensifies when female lions, cats, dogs and other mammals are in their fertile state.

You are probably familiar with male dogs in your neighborhood that congregate in your house if you own a female dog that is in heat. This is because the pheromones of fertile females are carried by air up to about a kilometer radius.

Male moths have elaborate antennae that can pick up the pheromones released by female moths even from long distances. They then follow the scent until they find the female source. However, some male moths like the summer fruit tortrix, when they pick up the scent of a female tortrix, release another scent to confuse other males. Then they gain a head start over the other males in finding the signaling female.

All I Have to Give

Gift giving during courtship is not exclusive to human beings. It is quite common in some species of birds, fishes and insects.

The male weaverbird for example builds a nest to entice the female to choose him as mate. When a female approaches the nest, the male bird then makes some fluttering movements to display his colorful feathers. If the female finds the nest fresh & strong, then she will enter the nest. But if the nest is not fresh and strong (the female will actually test this by pulling at it), then no matter how colorful the display of the male is, the female will just ignore him.

Some animals likewise use force and even deception (just like some “human” beings?). But the most enterprising behavior any animal has ever developed is that of the male angler fish. When a male angler fish finds a female, he bites into her body and burrows inside. Then the male’s body shrinks but his testes will enlarge. So now, you have a dwarf male with enlarged testes permanently attached to the female. When breeding season starts, the male delivers his sperms directly to the female’s eggs. I am sure no human male will ever think of doing that – living attached to a female and being reduced to a mere sperm generator, that is! Or am I wrong?

And so when Johnny comes a-courting and is having some difficulty getting his love’s attention, studying animals might teach him a thing or two to add to his repertoire of courtship strategies. What do you think? 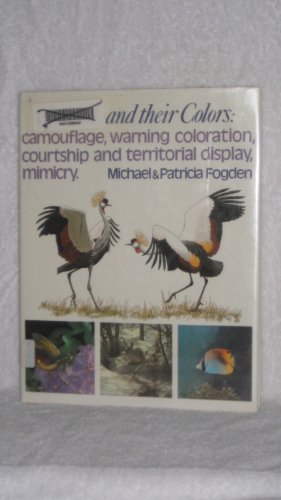