We play these games when we are traveling long distance.

In the Rio Grande Valley, I took to counting Caracaras. At 15 I stopped; there were way too many of them. I was traveling in late spring and the Caracaras were all along the roads hunting for either live prey or fresh road kill.

The Northern Crested Caracara is something of a quandary. They were named for their guttural cackling call. In the original Guarani, it was traco-traco. There is no other bird that looks anything like them. They have bare legs like chickens and bare faces like vultures, but are not bald. At the crown, they have a snazzy swept back dark feather-do that makes some people call them Elvis hawks; but in Texas, locals call them Mexican Eagles. Yet, they no more eagles than they are hawks.

Weight: In northern areas 2.5 lbs. farther south they are lighter. The female is heavier in both areas.

A Unique Bird of Prey - Identification

Classifying the Caracara has also been effected by its unique characteristics. Taxonomically speaking, the Caracara are related to Falcons. The American Ornithologists Union (AOU) of 1998 placed caracaras in three genera within the subfamily caracarinae, separate from other falcons in their checklist. There are 10 different birds called caracaras in all. After the publication of the 7th edition of the checklist, the populations of Crested Caracaras south of the Amazon River were separated as the Southern Caracara, which retains the scientific species name plancus. This cleared up ambiguities in classification published by different authors.

Physically, the Caracara’s body is uniform dark brown. In flight, you will see white feathers at the wing edges, which splay out like a vultures and a white bib running from their dark crest blending back to dark brown at the chest and shoulders. They have large broad beaks and elongated necks. Their tail and under tail coverts are white with narrow, dark crossbars and a dark edge band. The facial skin is deep yellow to orange-red depending on age and condition. The legs are bare, yellow and strongly muscled.

According to an article by J. Lyons, Caracaras in Captivity published in Wildlife rehabilitation in 1984, the bare skin could be considered a feature of communication. “When the bird is at rest, preening or being preened, or engaged in other non-aggressive behaviors, the facial skin is bright orange-red. When threatened, the color of the facial skin changes to a pumpkin color and finally to pale yellow. Apparently, threat or fear causes blood to bypass the sub-epidermal blood vessels, resulting in a change in facial skin color. The caracara’s crest provides another method for communication. When a caracara is comfortable and not threatened, the crest lies flat. The crest is raised when they feel threatened, frightened, or are on alert.”

A Fish and Wildlife Service Publication, Audubon’s Crested Caracara, mentions that “a caracara’s feet and flight behavior are also notable. Their feet are clearly those of a raptor; however, their talons are flatter, enabling caracaras to run and walk more easily than other raptors. The caracara’s flight pattern resembles that of a Northern Harrier (Circus cyaneus), but caracaras fly faster and more gracefully. Caracaras are strong fliers and may reach speeds of 40 mph. They have also been observed soaring in large circles at great heights.” Audubon’s Crested Caracara is an earlier designation for the Caracara in the U.S.

Sexes have no clear visible difference. Juveniles are more brownish and buffy with the breast and upper back streaked instead of barred with grey legs. Sub-adults resemble adults, but are more brownish in color. It takes two years for young to gain adult plumage.

In the U.S. Caracaras are fairly common and of least concern along the lower half of Texas. They can also be found in a narrow corridor leading up the middle of the state as far north as Dallas and Fort Worth. See Territorial Map #1. They are seen in the spring and summer at Brazos Bend State Park and Attwater’s Prairie Chicken, Brazoria, Aransas and Laguna Atascosa NWR. They can also be found in Florida, but are considered endangered there. the above Audubon Moment video was created about Caracaras there and and their habitat.

In recent years, their numbers and territory in the rest of the U.S. have been growing. In February 2012, an adult was sighted in near Crescent City, California.

In the rest of the Americas, Northern Crested Caracaras can be found in Mexico, Cuba, other Caribbean islands and as far south as Northern Peru. At a dividing line along the Amazon River, there is an area of overlap with the Southern Caracara, shown in Territorial Map #2. In that area, differences in the northern and southern bird’s calls are more distinct. Caracaras are not considered migratory, so territorial increases are signs of increasing populations.

For a cousin of the high flying Falcon, the Caracara makes some low brow menu choices. Falcons eat only live prey that they catch. Caracaras take in carrion meals when they aren’t harassing and raiding other birds for their catches. Going lower, they have been seen in pastures flipping cow patties in search of insects. Yet, they also hunt rabbits, rodents, small birds and lizards. When living in coastal areas they eat fish and shellfish. On the hunt, they tend to fly low catching prey by surprise. This also gives them an advantage in finding road kill sooner than vultures.

These birds have also been caught digging up turtle eggs, snakes, small alligators, taking eggs or young from other bird nests. Caracaras will feed with vultures, but when dealing with a one to one situation, the Caracara is dominate and will chase the vulture away. In an account in the Sibley Guide to Bird Life and Behavior, once the carcass is secured, the Caracara shows a fastidious side. The bird will strip sections of meat away setting them aside in a pile. When there is enough, it will gather its filets up to carry off. To say the least, they are opportunistic feeders, which helps, as they chose to live in arid open deserts and brush country. 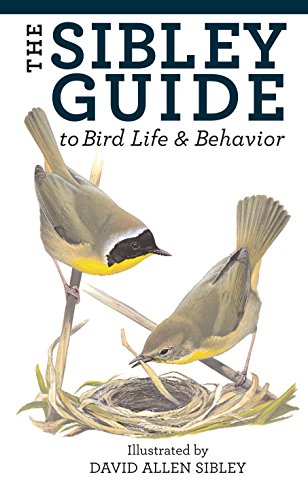 Caracaras can be found singly or in pairs in the spring. In Texas, they pair off and breed between January and September. Pairing requires a display as with other birds. “Male caracaras will throw their head far back and let out a loud cackling call. When a female approaches, the two may perch next to each other, almost touching, uttering the cackling call with their heads thrown back. Caracaras in Costa Rica were observed in a ritual involving the rattle call where one of the birds had a lizard that was later broken apart so that both individuals could eat.”

A Texas A&M University species account states that surveys found nest sites averaging 12 feet off the ground. The nest was a large cup-shaped structure made from sticks, grasses and other plants. Normally, they build on a tall cactuses, cabbage palms, live oak, scrub oak and occasionally cedar trees. They will also build nests on the ground, using a cactus for the base. The pair will continue to use a nest in following years, making additions or building a new nest beside the old one. This is another difference from Falcons, who only take over abandoned nests.

Both parents share incubation duties and feeding. There will be 2-3 cinnamon-colored eggs per clutch. Incubation takes about 29-33 days. Chicks are born covered in off-white down on most of their bodies, except for the black patches on the head and wings. Facial skin is pinkish. Chicks will fledge at three months. Three more months are spent learning adult hunting and defense skills before they separate to claim territories of their own. Grown fledglings may also stay in their parent’s territory for up to 10 months. It takes two years for sub-adults to gain adult plumage.

While the Golden Eagle is the official National Bird of Mexico, the Caracara is believed to be the sacred bird seen in many Pre-Columbian Aztec Codices which the eagle on the flag, the national seal and national coat of arms were derived from. The original distinction, calling the large bird a Golden Eagle, has been a long understood interpretation; but in 1960, the Mexican Ornithologist Rafael Martín del Campo proposed that the Northern Crested Caracara was probably the sacred "eagle" depicted.

I found most pictures of birds in the codices, resembling the first image pictured under “Historic Imagery,” a large brown bird, clearly looking like a Golden Eagle when reviewing the del Campo proposal. Yet, there was also the image of a priest’s costume, found on page 13 of the codex Borbonicus pictured. That one does appear to be more representative of a Caracara.

Whether we consider this bird as a past sacred animal or the Falcon’s low-brow cousin, the Northern Crested Caracara is a highly interesting bird with a long history. If it continues to increase its range, more will be able to enjoy its unique features.