The cross river gorilla is one among the most critically endangered species in the world which is on the WWF priority species list, with a population of only 200 to 300 left in the wild. Scientists have not been able to get an exact figure on the number of gorillas because of their wariness about humans and their habituation in rugged areas. This estimate was calculated from nest counts and range sizes of these gorillas.

These gorillas are found in the lowland mountainous forests and in the rainforests of Cameroon and Nigeria. The area inhabited by them is around three thousand square miles and they are believed to be scattered across eleven regions of these forests.

These species were not known scientifically until the early part of the twentieth century. The clear physical structure of these species was first identified in 1988 and after various analyses, this subspecies was described in 2000. Not much is known about these species and hence WWF in partnership with other organisations and the government is supporting for more research on these animals.

Paul Matschie was a taxonomist who was a specialist in mammals was working at the Humboldt University Zoological Museum, Berlin. He described this new species of gorilla in 1904 based on their short skull, and the shape of the palate and skull. Later research and studies by others pushed these gorillas from species to a subspecies.

The scientific name for this gorilla is Gorilla gorilla diehli.

Ebola fever (also called Ebola hemorrhagic fever) - A severe and often fatal disease in humans and nonhuman primates (monkeys and chimpanzees) caused by the Ebola virus; characterized by high fever and severe internal bleeding; can be spread from person to person; is largely limited to Africa

Silverback - An adult male gorilla with grey hairs across the back Characteristics and behaviour of the cross river gorilla: 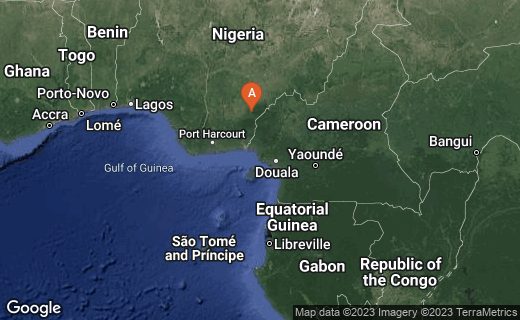 These cross river gorillas live in the cross river region which is called the biodiversity hotspot (One of the 34 hotspots in the world according to Conservation International).

There are so many different species of flora and fauna in this region and it is named as a “Landscape of High Conservation Priority” by the USAID’s Central African Regional Program for the Environment. Two of WWF’s Endangered Terrestrial Ecosystems lie within this region. Facts about the cross river gorillas:

What can you do to help?

I had to hold my tears while writing part of this and other hubs and also looking at videos and pictures of how we humans torture other life. We do not have the rights to do that.

Let us all remember that;

Extinction is Forever; Let us NOT LET that happen and help save the planet!

Animals too have feelings just like we humans do. So let us stop hurting and killing them. Let us stop taking away what belongs to them.

I hope you found this information interesting and useful, and will help protect and save our planet. 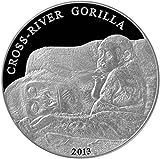