With the signing of the Armistice on November 11 1918, the fighting stopped and the Great War was over. With the end of the war came a determination that such an atrocity should never be allowed to happen again.

In 1919, peace talks were held and The Versailles treaty was signed, Germany's power and lands were severely diminished, sanctions were set that would prevent them from arming and Empire building.

Twenty years later the world was once again at war, the same countries mostly on the same sides were fighting again.

Although Adolf Hitler was the main protagonist of the Second World War, many cultural and social issues led him to power and the world back into war.

The Big 4 of The Versailles Treaty

The Treaty of Versailles is often said to have been the first step on the road to World War 2, Germany were forced to take the blame for

World War 1 and as such they were liable to the victors for £6,600 billion, which they had to pay back with interest. Although the terms of the treaty meant that it would be paid back at £2 billion, a year the German economy was already in crises at this time because they were still paying for their own costs built up during the war.

Germany was forced to give up territory that had belonged to them for over a Century the provinces of Alsace and Lorraine were returned to the French, Eupen-Malmedy was given to Belgium, Poznan and other parts of East Prussia went to Poland.

There were more clauses in the treaty of Versailles and other treaties, which were decided in Paris, all of which punished Germany and its allies punitively.

The Treaty of ST Germaine With Austria

Breaking up Austro-Hungarian Empire, and Austria like Germany were asked to pay reparations to the victors of the war.

The Treaty of Neuilly with Bulgaria

The Treaty of Trianon with Hungary

Took territory from Hungary and gave it to Romania, Czechoslovakia, and the Kingdom of Serbs, Croats and Slovenes. Hungary also had to pay for the cost of war.

The Treaty of Sevres with Turkey

Turkey also had to make reparations for their part in the war, the Ottoman Empire was broken up causing mass protests and land disputes.

The Treaty of Lausanne replaced treaty of Sevres in 1923.

These treaties left a legacy of unrest and resentment, millions of German people and the people of her allies had become segregated from their mother countries with the formation of the new territories, and people whose families had settled and set down roots were now citizens of foreign countries.

The financial reparations were also a major cause for concern, with countries already in financial difficulty and "The War Guilt Clause" making them pay for the cost of war was pushing them further into the red, which created a high level of unemployment and homelessness. 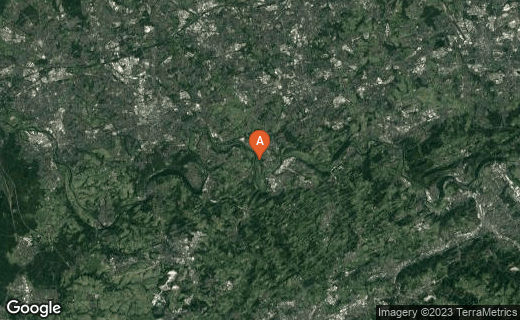 The Ruhr in Germany invaded by French and Belgian troops in 1922 because Germany couldn't make war reparations.

Once the Treaties had been ratified Western Europe had a desire to make them work of course Germany who were at the forefront and had the most to lose were unhappy, but in accordance with the "War Guilt Clause", they made their first payment of £2 billion in 1921. Most of this was paid in kind with coal, iron and other resources.

Germany could not make payment in 1922 and asked for a three years reprieve, after International talks produced no agreement in 1923 French and Belgian forces took control of the Ruhr Valley, where most of Germany’s production stemmed from, and tried to extract payment by force.

This action made financial matters worse for France and Germany as well as causing resentment and public unrest amongst the German people.

Hyperinflation hit Germany hard in 1922, causing a high rate of unemployment that left many people homeless and begging for scraps of food on the streets.

As a part of the peace treaty, American President Woodrow Wilson called for the creation of a League of Nations, a body of world leaders gathering in Geneva with the main aim being to prevent further wars by political means rather than by fighting.

The League of Nations was set up in Geneva in 1920 and it proved to be quite ineffective, Although it was part of American President Woodrow Wilson's 14 point plan, congress refused to ratify it and the United States were absent from the first meeting, Germany were also excluded from the League of Nations until 1926, being deemed unfit. Russia refused to join.

The League of Nations failed in 1932, when Japan conquered Manchuria and because The League supported China, Japan left.

In 1933, Adolf Hitler announced Germany would no longer play a part in the League of Nations.

The League Failed again in 1935 when Italy invaded Abyssinia and although the League of Nations condemned, Italy France and Britain were caught out on an agreement to give Abyssinia to Italy.

Again in 1936 after Hitler in defiance of the Treaty of Versailles, began rearming Germany, talks on disarmament in Geneva failed.

In 1937, Italy declared their involvement with the League over.

After the Spanish Civil war in 1939, Spain also left the League

Hitler Returns From The Munich Agreement

The League of Nations was in shambles and had very little authority, to counteract this British Prime minister Neville Chamberlain pushed for a policy of appeasement in an attempt to stop another war, this policy involved giving the aggressor, Adolf Hitler, what he wanted so long as they belived that his demands were reasonable.

This appeasement policy stemmed from the people of Britain and most of Europe's belief that the treaty of Versailles had been too harsh on the German nation.

In 1938 Germany and Austria once again joined together, Hitler claimed that he was uniting all German speaking people in a "Greater Germany" with this action the German population of the in the Sudetenland area of Czechoslovakia demanded that they should also be a part of this new Germany. Although Hitler supported them, he could not take the area because Czechoslovakia was backed by the Soviet Union.

In an attempt to stop war Chamberlain, Hitler, the French Prime Minister Edouard Daladier and Italian leader Benito Mussolini all met in Munich to discuss the Czechoslovakian crisis.

The talks concluded that Germany would occupy the Sudetenland within ten days and other parts of Czechoslovakia would go to Poland and Hungary.

The Czechoslovakian government was told to agree or face Germany alone.

At the conference Hitler promised not to take over any more land and politicians agreed that giving Hitler The Sudetenland was a reasonable price to pay for peace.﻿

The Road to War

Chamberlains Appeasement Policy crashed and burned in March 1939, when Hitler breaking his promises made in Munich, invaded western Czechoslovakia including Bohemia and Moravia.

Time Magazine's Man of the year 1938, Adolf Hitler was getting out of control, The Czechoslovakian invasion proved that he had lied in Munich and that his quest for a greater Germany was a sham, the Western Czechoslovakian peoplewere not German speaking and had never been a part of Germany.

Chamberlain declared that Hitler could not be trusted not to invade other countries on 17Th March 1939 and on 31st March; he declared that if Poland were invaded Britain would help to defend it. That promise by Chamberlain marked the end of appeasement and Britain began making preperations for war.

Twenty years after the signing of the Versailles treaty the World was once again at war World War 2 had began.