Notes from a Lancashire Countryman.

In this hub we look at the wild flora which sport daisy-like flowers.Our first subject is the scentless mayweed, Tripuerospermum inodorum . In older herbals and wild flower books they may be called by their former Latin name of Matricaria inodorum.

Like many of this group they are found as an arable weed, but they may also be located on waste land, road sides and on footpaths. I find this to be an attractive plant which forms bushier masses than other mayweeds and are easily identified by their solid, domed shaped central yellow disc, and spreading white ray florets.

The foliage is finely divided giving a thread like appearance yet they have a fleshy feel to them. They flower from June until October, and may attain the height of 20-60cm {2feet}. The flower-heads are 2-4cm wide.

It can be identified from its close relative the Scented mayweed, Chamomilla recuitita, by the latter having a hollow central disc, a looser foliage habit and as it's common name suggests it has a scent reminiscent of chamomile.

The latter species has been used medicinally to treat stomach, bowel and skin problems in the past. It is claimed that the oil extracted from the plant aids liver regeneration. For home use an infusion of the plant can be applied as a lotion externally for skin complaints.

These plants are not palatable to grazing animals and are even avoided by hens. The seeds produced by the plant simply fall to the ground but are often spread by the whirling blades of the combine harvester.

Our next subject the common chamomile Anthemis nobilis sometimes referred to as Chamaemelum nobile, is probably the plant most familiar to most readers. It has been used in medicinal preparations since at least the time of the ancient Egyptians and there is no sign of the their popularity waning. Records show that it has been grown in the gardens of England for centuries as a medicinal herb.

A look at Chamomile

The species is a low growing often trailing its bushy divided foliage, which attains the height or length of 30cm { 1 foot }. The root system consists of jointed and fibrous growth. The flowers appear late in the summer from July onwards {locally} and are arranged singly on long stalks sometimes erect sometimes trailing. The flowers droop when in bud. The flower heads are composed of a central yellow disc made up from tubular florets surrounded by a fringe of spreading white ray-florets {that most people refer to as the petals.} They are very similar to the flower heads produced by the common daisy, however, in the chamomile the central disc is more conical in nature compared to flattish central disc of the daisy.

Chamomile delights to dwell on dry commons and in sandy soil in other locations. Chamomile tea is as popular today as it has ever been, and may be purchased in "tea" bag form from health shops and drug stores. They are said to be a general tonic and promote appetite, especially good for those of a more mature age.

There are other species of this group of plants including the foetid smelling -Stinking chamomile,Anthemis cotula, and the Sea mayweed, Matricaria maritima.

The pineapple weed Matricaria discoidea formerly known as Matricaria suaveolons differs from the others by only producing flower heads composed of tubular disc florets, lacking ray florets completely, thus is sometimes referred to as the rayless mayweed. The common name of pine apple weed is said to derive from the shape of the flower head which is said to resemble a small pineapple. Also when the flower-head is crushed between the fingers it omits a scent similar to that of the pineapple. 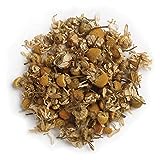 They flower from June to October. Is a native of central Asia and North America. It was thought to have been introduced to this country from Oregon in the U.S.A during the 1800s.

One of my favourite wild flowers is the corn marigold Chrysanthemum segetum,it appears quite robust at first glance but left to its own devises it would soon collapse. It needs the support of other vegetation in its favoured habitat the corn field, hence its common name.

The foliage is of a fleshy nature as resembles somewhat the foliage of the Ox-eye daisy, but on a smaller scale, being deeply lobed and toothed. The upper ones clasp the stem. However it is the golden yellow flower heads that make this plant so attractive to look upon.They consist of overlapping, broad ray florets which are toothed or notched at their tips and a central flattish disc florets which are often orangey in colour.The flower heads are 3.5cm wide

The plant attains the height of 30-70cm{one to one and a half feet} and may be encountered in flower from June until August. this species was once considered to be a pest of cereal crops but since the advent of intensive use of pesticides as it has, like many other species, become much scarcer, in the U.K. over the last 50 years.

Our final subjects of this particular hub is the mugwort and worm wood. The mugwort Artemisia vulgaris which delights to grow on wasteland,farm yards, hedge banks and by the side of farmland tracks.It is a tall perennial plant which produces insignificant flowers which grow in spike like clusters of a yellow colour when they first appear but soon change to a reddish brown colour.

Related to the Wormwood

The plant is closely related to the very similar looking wormwood Artemisia abinthium which has yellow flowers. However, it is by the foliage that the two species can be more readily identified.

The foliage of the mugwort are smooth and of a dark green colour on the upper surface, but of a silvery colour below due to a fine down that abides there along with the distinct veins. the margins however, remain green giving the leaf an outlined appearance. The are cut into deep segments that are lance shaped and pointed, where those of the wormwood are blunt and more rounded.

Mugwort grows to the height of three feet or more {90cm+], they may be encountered in flower from June until September.

Both of these species have been utilised in medicinal preparations . The active ingredients of the wormwood is essential oil, particularly thujon, bitters and absinthin. Wormwood was employed against loss of appetite, digestive disorders, liver and gall bladder problems. wormwood was also used as a culinary herb or spice. Modern day uses is by way of an infusion used to stimulate appetite and to aid digestion.

Mugwort,has active ingredients of some essential oil and bitters. It was also employed against digestive disorders, and to treat diarrhoea. It is said to repel insects. An infusion of this plant is still used to gain back one's appetite and to clear the symptoms of Diarrhoea.

In the final hub of this species I will look at the late flowering species that belong to this family which includes woundherbs and those with dandelion - like flowers.