Solutions For Verbal, Physical, and Emotional Abuse - A League of Dangerous Women

People who have nothing to lose are dangerous;

So are those who have everything to give. 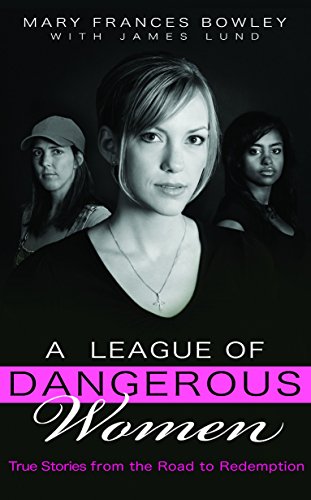 A League of Dangerous Women: True Stories from the Road to Redemption
Buy Now

Do you know a "dangerous" woman?

The Community Of Dangerous Women

The most dangerous of people are those that "count it all joy" by looking at the bigger picture.

These people are confident. They have an unshakable belief that all will be well, no matter what things look like at this moment.

These individuals have come through the proverbial fire and flood with this belief, or they have learned this belief, becuase they have survived. They have even prospered.

Now the dangerous people spread the good word of hope. This is what the author of A League of Dangerous Women wants us to know.

Advocates For Society and Justice

Groups of women have been dangerous in the past, among them the suffragettes of America's 19th and 20th centuries. They were abused by some men and women alike that opposed the female right to vote, as boldly depicted in the film Iron Jawed Angels.

Just as disturbingly today, some women are abused in many more ways, starting as early as infancy when they may be molested, beaten, burned, neglected, starved, and abandoned as commodities, used up and thrown away.

For this and other reasons of peer pressure, spousal abandonment and more, many American women fall victim to drug addiction, unwed pregnancy, homelessness, extreme poverty, prostitution, felony crime, and suicide.

The Courage To Change

With nothing left to lose, these women may come to Wellspring and its way station home, where the staff and residents demonstrate that God is still in the healing business. Any of the stories in A League of Dangerous Women could become an insightful and edifying film on its own. Together, they make a formidable organic team that cannot help but grow, prosper, and spread blessings.

These individuals progressed from broken vessels, to women dangerous to themselves and others, to heroes boldly dangerous for the Kingdom of God and His promises for healing, deliverance, and truth. They won't settle for less, and it's all real.

This book is for any woman aged middle school to senior citizen. I hope that women everywhere can become so dangerous.

Links to Related Jobs and Information

Those interested in joining the Wellspring community that helps recovering women return to society as productive citizens can view the employment opportunities listed at the link above. Additional workers are needed throughout the year.

Abuse is no respecter of persons. Men are abused, just as are women, children, the elderly and minorities. It need not happen.

Finding Work After Leaving the Abusive Situation or Home:

Nurses and other healthcare workers are needed at high pay and benefits all over the United States. Some of them are needed to work in clinics and hospitals that help the victims of drug and alcohol abuse as well as domestic violence and other forms of interpersonal abuse and violence. Nursing is often a good career with which to start a new life. Many hospitals offer jobs with flexible hours that enable employees to study nursing. Some of these institutions reimburse tuition paid on a quarterly or semester basis.

It is important that crimes associated with all sorts of abuse be handled correctly and there are ample positions available to help in this process in the growing field of Criminology.