Spring Forward and Fall Back

This morning when I got up, I realized I had forgotten to change my clock to accommodate the spring change for daylight saving time; therefore, I found myself late and tired. I so dislike the “spring forward” change. The change of one hour may not affect everyone, but it takes me weeks to adjust.

However, the “fall back” change that takes place in the fall which allows me to sleep an extra hour is so much easier for me to adjust to.

When my husband woke me up, earlier than usual I might add, I realized that I had overslept. But when I looked at the clock I was confused because I had plenty of time. He cleared it up for me rather quickly by reminding me that I had forgotten to change my clock. That was when it hit me, I had been changing clocks my whole life and I now wondered, “Which time is the ‘real’ time?” I didn’t know anymore. What I did know is I am tired of the stress induced yearly by having to make this change.

I grew up on a farm with my grandparents. Farmers do not care about the time unless they have to interact with others who have “normal working hours.” A farmer’s work day begins often before sunup and ends often after sundown, especially during the growing season through harvest.

My grandfather thought that the time change was somewhat silly, and he never changed his pocket watch. He always managed to confuse me when I asked what time it was, because he generally shared “his” time with me with a twinkle in his eye. 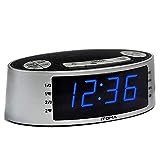 Time shifts have ranged from twenty minutes to two hours. Various time strategies are used to make the time shifts especially in areas with adjacent time zones which are changing. Differing lengths of time are also observed with start dates being in the spring and end dates in the autumn. With the seasons reversed between the northern and the southern hemispheres, the times that daylight saving time is observed is also reversed.

Although daylight saving time was not implemented until the 1940’s during the First World War, it was mentioned in 1784 by Benjamin Franklin and later proposed for implementation by George V. Hudson in 1895. For a more thorough understanding of daylight saving time by region and country, click here.

In an effort to conserve coal, in April 1916, Germany and its allies began the use of daylight saving time. Britain and many of its allies soon followed suit.

Britain’s Summer Time Act of 1916 marks the establishment of daylight saving time in Britain. At this time, it was proposed that the clocks be changed by moving time forward 80 minutes! If that wasn’t strange enough, the change was to take place over a 4 week period of 20-minute weekly increments! Although this might make it easier for the body to adjust to the required change, the logistics of remembering to change all clocks that frequently is significant and this practice was never implemented.

Extra after working hours daylight has advantages for some.

The following are some of the disadvantages that are noted:

We should consider also the fact that many people now work shifts other than the traditional “first” shift. Daylight saving time does not provide these individuals with the advantages that the time shift was intended to provide.

The following health advantages were noted:

The following health disadvantages were noted:

Do you wish that one time would be chosen as the standard time and then it left at that?