I've always been fascinated by design and architecture, and I go out of my way to feed my need to learn more.

Do you consider Deconstructivism a valid architectural movement, or were the architects who designed in this style just playing around?

Deconstructivism is an architectural movement inspired by the French philosopher Jacques Derrida. His philosophy holds that the meaning of a piece of text is a result of the difference between the words instead of the references to the things they represent.

Basically, in order to find different meanings to some text, one must break down its structure. Deconstructivism does that with architecture.

Deconstructivism moves walls, slides different parts of buildings where one would not expect them to go, and creates different spaces and the illusion of space using geometry. In my opinion, deconstructivism is the magician of architecture.

Frank Gehry is one of the most well-known proponents of Deconstructionist architecture, and designed numerous structures, three of which are discussed below. 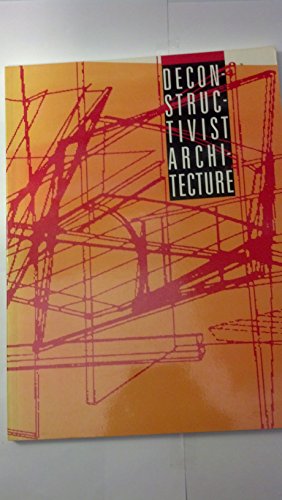 If there was ever a place to house the accoutrements and art itself of the pop art generation, it's the Vitra Design Museum. Designed by Frank Gehry and completed in 1989, the Vitra has a sleek and sculptural quality as it reaches to the sky and undulates across the grass. Such qualities are made possible by computer generation, not traditional drawing methods.

Designed by Daniel Libeskind for a competition in 1988 for the second Jewish Museum in Berlin (after the first was closed by the Nazis in 1938), the Jewish Museum was considered Libeskind's first international success. The jagged design, nicknamed "Blitz", struck a chord with the committee with its underground axes (tunnels).

Construction on the museum began in 1992, and it opened in 2001 to much acclaim. It's a powerful and emotional building, and it manages to tell the story of the disappearance of Berlin's Jews with just its shape.

The Disney Concert Hall was also designed by Frank Gehry and has a very wavy look to it... I can imagine Gehry wanted to symbolize the ups and downs of a musical score. But all I can think of when I see this view of the building is "Pirates of the Caribbean: Into the Future".

Frank Gehry also designed the Guggenheim Museum in Bilbao, and this breathtaking building is considered one of the most important architectural structures ever created. Combining artful and surprising curves with titanium cladding and a glass atrium that stretches to the sky, the building blends into the urban landscape as if it really belongs.

Considered one of the 35 "follies" in the park (in architecture, a folly is a whimsical structure built to suggest another purpose),the red structure pictured suggests a playhouse or jungle gym. Deconstructionism runs rampart in the park -- it attempts to break down the spaces of a conventional park and many feel as thought the scale of the follies to the grounds and the grounds to the normal uses of a park are out of proportion.

But designer Bernard Tschumi structured the Parc in just that way. By forcing visitors to experience the park inside of the vacuum he created, he allows visitors to become truly aware of each moment they are living.