Dharavi, Mumbai: The Pros and Cons of Living in a Slum

An Introduction to the Slums

Made up of seven islands on the west coast of India since merged into one, Mumbai is India’s financial capital, and one of the richest cities in the world; it is ranked the seventh best city in the world for number of millionaires. Mumbai hopes to become the world’s new Shanghai, and is predicted to become the world’s second largest urban conglomeration after only Tokyo by 2025.

However, there is another side to Mumbai. It is perhaps the place in which global inequality is most strikingly thrown into perspective; though it is home to the world’s most expensive private home, worth $1bn (see a fantastic hub on this spectacular house by PoshCoffeeCo - click here), it is also home to Asia’s largest slum, in which 55% of Mumbai’s population lives: Dharavi; all within just a few miles of each other, yet is a whole other world.

In Dharavi rents can be as low as 185 rupees (£2.20) a month. More than 1,000,000 people live here, in a 427 acre stretch of land. To an outsider, Dharavi seems horrific. There are open sewers everywhere; ramshackle houses put together in tiny spaces open up a huge risk of fire; the monsoons that come threaten to destroy the entire city-within-a-city each year, and there is only one toilet for every 1,440 people. Only a third of people has access to clean drinking water. There is a complete lack of privacy and hygiene; wages are low; working conditions are terrible; and, located between two railway lines, living in Dharavi is neither pleasant nor safe. 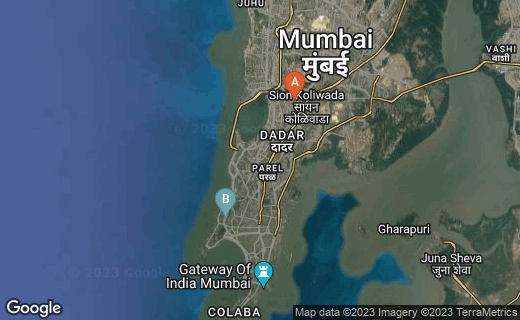 Cumballa Hill: Home to Antilla, the World's Most Expensive House.

The video which inspired the Hub: Kevin McCloud's 'Slumming It' 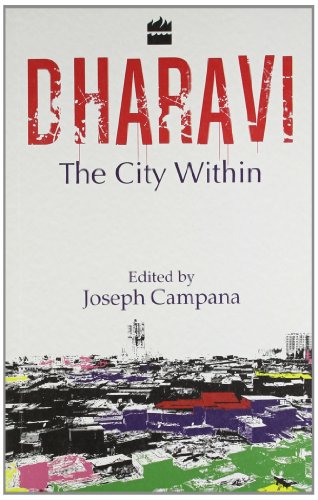 Dharavi : The City Within
Buy Now

The Pros and Cons of Slum Living

The slums are an awful place to be. They are incredibly insanitary, rates of cholera, diphtheria, TB and typhoid run high – there are 4,000 new cases of disease a day, the people are at huge risk from natural disasters such as fires and flooding (due to densely-packed houses and monsoons), living space is cramped – there are 1 million people packed into one square mile; upwards of twenty people in a house is not uncommon. Privacy is hugely lacking, wages are low, working conditions are terrible, and it is not unusual to see things like children playing around toxic sludge or their parents rooting among the rubbish for things to reuse or eat. There are astonishing statistics which represent the magnitude of the problem.

However, is there another side to the slums? Documentaries in recent years have not changed the horrors that I have mentioned in the previous paragraph, but they have highlighted something else which is much more important in many ways: the people are happy. They do not see the slums as a bad place to be at all: even an improvement. How can these two, seemingly conflicting, reports, match up?

Firstly, there is an overwhelming sense of community and social life, reported Kevin McCloud, in his documentary ‘Slumming It’, and also seconded by Andrew Marr in ‘Andrew Marr’s Megacities’. Everything they do, they do together, be it washing clothes, washing dishes, or anything else – it’s all done in communal places or out on the street. Everybody knows everybody else, and there are high streets and corner shops of the type modern Western politicians now crave. There is virtually no crime – for how could you ever steal from somebody you know, your neighbour, your friend?

Secondly, within Dharavi there is a huge, thriving economy. It is estimated that the economic turnover of its accumulated businesses is between $500-$650 million. Examples of industries in Dharavi include electronics, clothing, suitcases, food, recycling, leather, pots, and many more. 85% of people have a job. It comes in stark contrast with the most deprived areas of our country [United Kingdom], where you would find high unemployment rates, and many on benefits. There is no cycle of decline here; these people are on the way up. There are even millionaires in Dharavi: people, who came here with nothing, made their fortunes – and then, saw no reason to leave. And why should they? Dharavi is where their community is, where they have lived all their life, where their family is, and what they are used to. We find the slums appalling – but awfulness is entirely relative. A lot of people in Dharavi moved here out of choice, and find it a much better life than their previous one. The working conditions seem bad to us – but to them, they’re good, or at least ordinary.

The people in Dharavi are poor, but not out of their own choice. School attendance in Dharavi is excellent, and when Kevin McCloud asked two students what they wanted to be when they were older, they replied an air hostess and a lawyer. All around people are industriously working and fuelled with ambition. There is a crucial difference here to the deprived in the Western world, who all too often become how they are through lack of ambition and not being bothered in school.

It is fascinating to study the priorities of the poor. Though there may be twenty-one people crammed into one house, they can afford a television. Though there may be rats, dirt, and uncleanliness all around, they still sit down to watch TV. It is very possible the people in Dharavi only live the way they do because they know no better. Better health education would probably do wonders. Because, the fact is, they are happy – and it is questionable whether they should be.

The government has plans to redevelop Dharavi, in order to make it seem as if it is actively trying to do something about the slums, and in order to improve India’s image. However, as the next section suggests, redevelopment is probably not the best route of action. The people in Dharavi do not want their hard-built community to be redeveloped, to be forced to move somewhere else. Far from benefiting Mumbai, redevelopment would snatch jobs from a huge amount of people, forcing them to move elsewhere.

And, anyway, is there really an alternative to the slums? The people are only in Dharavi because it is the best place for them to be. They know they will not be able to afford the new housing the government is building.

The slums may be horrific, but they are also superior to us, with our comfortable Western lifestyles, in many, many ways.

I explore the broader implications of slum living; globalisation and discuss the pros and cons of development (especially prevalent looking at Dharavi's heavily opposed government redevelopment plan) in several other hubs. Links to be found on the right.